The Scoop: Many young professionals in the United Kingdom have found that online dating doesn’t work for them, so they seek out more personalized options. Matchmakers Dating helps these busy singles by setting up face-to-face romantic meetings. The agency’s team of seasoned professionals manages an extensive database of singles throughout the country, and they’re one of the few matchmaking companies that’s focused on the younger demographic. Clients appreciate Matchmakers Dating’s confidentiality as it keeps all of its profiles out of public view. The company also vets each client in its database and verifies their identity through a global criminal background check to ensure they are single, financially stable, and ready to find love.

Many people have felt the rush of excitement playing the game musical chairs, and, when the music stops, they either find a chair or are out. This is how speed dating used to work as well: When the music stopped, the men moved on to chat with the next woman.

Mike Parker and his business partner wanted to help recreate those moments, so they founded a dating event company called When the Music Stops in 2003.

Mike and his team organized dinner parties, speed dating events, and a variety of other activities around the United Kingdom where single men and women could meet and strike up a conversation.

The business grew into more than 20 franchises throughout the country, and the elaborate parties were often held in chic hotels with 350 or more singles. But Mike still thought he could do more for singles, especially young professionals.

“As a host, I saw daters face to face weekly. It gave me the idea that we could develop a high-end service for busy people who couldn’t get to the events as often as they wanted to,” he said. “That’s how Matchmakers Dating began.”

Mike created Matchmakers Dating to complement those popular events with reliable matchmaking services. Initially, it was tied to When the Music Stops, but it was so successful that Matchmakers Dating spun off into its own brand in 2010.

“In the first week, the phone was ringing off the hook,” he said. “People knew us as an events company, and they bought into the concept immediately. We found a large market of people who had stressful jobs and needed someone to vet their dates to help them find ‘The one.’”

Today, Matchmakers Dating is considered a leader in the industry, and its niche is singles between the ages of 25 and 49, which differentiates the firm from others in the country.

Matching Clients Using an Extensive Database of Young Singles in the U.K.

When Matchmakers Dating launched in 2010, Mike offered the service to the franchisees throughout the country. Team members at each location completed extensive matchmaker training, and the network has developed one of the most extensive databases of young professional singles in the U.K.

By combining the networking resources of all the franchise owners throughout the country, the firms can connect singles from many locations who have similar interests.

In 2012, Mike’s business partner had an idea for expanding the database — and the success rate of matches. So they met with the owners of Searchmate, Attractive Partners, and Avenues, all successful British matchmakers. But instead of competing with one another, they decided to merge. The following year, they came together under the Dating Options umbrella and refined their matching capabilities through 10 trusted matchmaking brands.

Matchmakers Dating focuses on a younger demographic of singles than most U.K. matchmaking services.

Matchmakers Dating is the youngest brand, focuses on helping singles who are 25 to 49.

“It is unique in the U.K. Personal matchmaking is often the arena for older, wealthier people. They may have established careers, or they need confidentiality,” Mike said. “But it became apparent that there was a big market for younger people. No other company concentrated on that age group, so we’re proud to offer a high-end personal matchmaking service exclusively for that demographic.”

That’s important because young professionals are in a different phase of life than older singles. They are less likely to be divorced, and more likely to want to start a family. By ensuring that all matches fall within their age range, Matchmakers Dating provides its clients a higher level of compatibility.

Mike said one of the most important elements of the matchmaking system is ensuring that matches are safe. That is a key differentiator between Matchmakers Dating and apps or online platforms where users may or may not be authentic.

That’s why Matchmakers Dating employs an authentication and background verification company called LexisNexis to research members. The firm personally interviews each applicant, as well. The matchmakers either visit potential clients at home or set up a meeting at a nearby office. 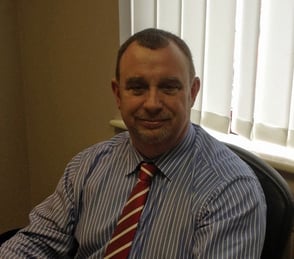 Mike Parker developed Matchmakers Dating to help singles who didn’t have the time to go on endless dates to find the right partner.

First, the matchmakers check residency to verify that the client lives where he or she claims. They also ensure that clients are single to cut down on the number of cheaters who might want to use the service for something other than finding true love.

Then, they use LexisNexis to perform a background check through a global criminal database.

The team also verifies that each member of the database is financially stable. Matchmakers Dating takes all of those steps to give members confidence that each match has the right intentions and that everyone is safe.

“We are big advocates for the dating safety campaign,” Mike said. “We are checking people, and we are keeping them as safe as we possibly can.”

Plus, the platform has no public profiles for anyone to browse because Matchmakers Dating values privacy and confidentiality.

Matchmakers Dating: Encouraging People to Step Away From Apps for High-Quality Matches

It’s a growing trend in dating for people to step away from the apps and look for a more traditional approach to connect with other singles like them, and Matchmakers Dating was founded to meet that need, Mike said.

“About 95% percent of our conversations start with, ‘I’ve tried online dating, but it’s not for me,’” he told us. “With Matchmakers, or Avenues, or Attractive Partners, there are no photographs or details about any of our clients on a public website. It’s all completely confidential between the client and the professional matchmaker. The only people with access are the carefully vetted and handpicked matches we suggest for them.”

Matchmakers Dating helps singles refine those internal profiles that potential matches may see. The firm even has a professional photography studio on-site to provide members with high-quality profile pictures. Mike said that singles with professional photos in their portfolio have a better chance of standing out and securing a date that could lead to lasting love.

Since its inception, Matchmakers Dating has seen many successful relationships blossom. Mike said he considers an early match, between a woman named Cheryl and a man named Steve, one of his most successful. Cheryl didn’t hit it off with her first match, but it didn’t take long after her first date with Steve for them both to fall in love and have a meaningful romance.

It was the first of many young professional singles to hit it off, thanks to the professionals at Matchmakers Dating.
“That date had absolutely terrific potential,” Mike said. “And things went wonderfully well.”