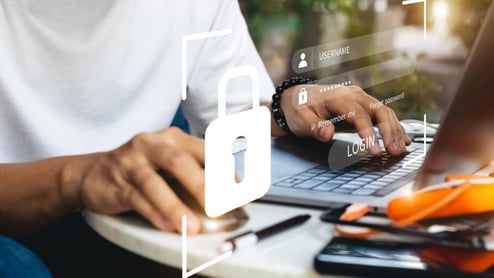 Online dating has made meeting people more convenient and efficient, but there are still a lot of risks. For every happily-ever-after, a darker side of the online connection game exists: scammers who use dating sites for a variety of different purposes. Some scammers use dating sites and apps to get money from unsuspecting daters. Other scammers use the platforms for even darker purposes: sextortion, trafficking, and sexual exploitation, including the exploitation of minors.

While it can definitely be scary out there in the virtual dating world, several people have taken up the cause of making it safer to meet people online. Scambaiters are one category of people who fight the good fight by engaging with scammers, both to take up their time and to get enough information to dismantle scams and scam sites.

Wayne May is the site owner of ScamSurvivors, and he works with a dedicated team to inform online users about potential threats. Wayne said he stumbled into scambaiting more or less by accident.

In an interview on the EasyPrey podcast, Wayne explained that one day, “I went on to Google, typed in ‘funny,’ went to a site, looked at what was on there, clicked the link to another site, and so on and so forth.” He clicked around until he came to some quizzes. “I did the quiz and did whatever it said and then it said would you like to see what Nigerian spam you are? Okay, never heard of this before, so I typed it in, came up with some name, I Googled the name, and discovered scambaiting.”

Eventually, as word got around about Wayne’s talents at engaging scammers online, he started getting requests from romance scam victims. Relatives of victims began approaching Wayne, asking him to help their loved ones understand what was happening: Their online romances weren’t real but instead were elaborate scams for money or other exploitative purposes.

Wayne takes as many cases as he can, offering his services for free. But perhaps even more importantly, ScamSurvivors offers resources for people to avoid falling prey to scams in the first place. It also helps the friends and family of romance scam victims find out what they can do to help. By following a few simple tips, you can avoid the stress and pain of becoming the prey of a romance scammer.

The first step to avoid being taken in by a romance scammer is to recognize the red flags and learn how to spot scammers before they even hit your inbox. ScamSurvivors offers various resources, including a quick-read guide to the most common trends in romance scam operations.

Knowing what to look for long before you’re a target will make it easier to spot when a fraudulent profile comes up in your matches, or when a scammer lands in your inbox, looking to get their claws in you. Some common trends that Wayne May regularly points to include traits like:

There are also a lot of behaviors consistent across different fake profiles since most scammers work either as part of a ring or through an established pattern. Some of the red flag behaviors include:

Of course, there are a lot of different scams out there, but for the classic forms of romance scams, these are the most common hallmarks. Another resource that Wayne May makes available through ScamSurvivors is this quiz that deals with the different types of scammers that use the internet for their dirty deeds, including a section on romance scammers.

Knowing what to be on the lookout for is a big help, but it’s also a good idea to understand how different scammers target different groups of people.

Tip # 2: Young People Should Be Alert to Sextortion Ploys

Wayne May has explained across many interviews that one particular type of scam targets younger daters. Sexploitation scams can be a convoluted combination of approaches, but the especially sinister aspect of this type of scam is that it doesn’t just damage your bank account. Some victims of this type of scam have ended up seriously harming themselves as a result of the trauma of it.

The basic way that Sexploitation or Sextortion schemes play out is that the scammer either convinces the victim to take nude photos or videos of themselves, or procures them (sometimes through hacking, or similar means). The exploitation trap then springs: the scammer demands money from the victim under threat of spreading the images on the internet, or specifically to members of family, coworkers, friends, or bosses.

Young people (some as young as 12) are the favorite targets for this kind of scammer because it’s relatively easy to gain their trust and convince younger daters to take risqué photos and videos. At that age, the risk that comes with the photos and videos going out can be a lot more profound.

In the worst cases, sexploitation or sextortion scammers will escalate the situation, demanding more incriminating and humiliating material to dig the hole deeper for the victim to get out of. In the bleakest cases, the escalation continues to trafficking and other horrible crimes. If you’re a teenager or young adult, there are a lot of resources to help you deal with these crimes. If you’re a parent, be on the lookout for warning signs.

Tip # 3: Some Romance Scams Can Have Elaborate Ruses

The Nigerian Prince scam continues, even though the majority of people on the internet have long been aware of its status as a fraudulent scheme. But scammers are getting more creative, and romance scammers are no exception.

Romance scammers tend to invest a lot of time in their victims, even as they try to rush the romantic process. They invent elaborate backstories for themselves to appeal as strongly as possible, according to Wayne May. As mentioned before, these backstories often include fictional military service or the children they say they have, since the targets they seek tend to have a blind spot for these situations.

Many romance scammers will ask a lot of questions early on to figure out which ruses will work best on a given victim. They’ll act interested in who you are, and try to act charming so that you’ll open up and give them the details they need to appeal to your instincts.

Once they have gained your trust, they launch the scam, which usually involves a very elaborate crisis story: They’re stranded in a very scary place, and they need money to get a plane ticket. Or their child’s dog has been stolen, and the thieves are demanding a ton of money to give it back. Other scams can include medical emergencies that start out relatively understandable but become increasingly bizarre, convoluted, and expensive.

These scammers have also learned that some of their victims have a bit more caution than they used to when it comes to interacting with people online. Scammers may provide fake documents or send links to fake websites to make their cover story seem real.

Wayne May says, “Everything can be faked, and I mean everything. Websites can be cloned, images can be stolen, voices can be morphed, phone numbers and email addresses can be spoofed, prerecorded video files can be made to appear live and even interact with the person.”

Romance scams are lucrative enough that the cost to make these things happen is cheap in comparison, especially since a scammer can use the same tools on many people before they are outed. So the best option is to be skeptical.

Tip # 4: Be Careful Who You Trust on the Web

Wayne May’s final tip is to be careful who you trust. Since things can be faked so easily these days, it’s absolutely vital to know what to look out for. Understanding the red flags of a romance scammer makes a big difference.

Ultimately, though, it’s important to have a healthy level of skepticism when it comes to people you meet online. Even if the user profile you look at seems fine, ask yourself if the behavior of the person behind it seems normal and appropriate. Most people don’t ask random people they’ve just started talking to for massive loans of money. Most people don’t rush to tell someone they love them three messages into a conversation, or three emails into a chain.

Be aware of the risks, and if the person you’re talking to doesn’t seem legit, or if their story doesn’t sound like it adds up, it’s best to move on and report them as a fake profile to the dating platform. You can also consider submitting tips to organizations like ScamSurvivors.

Online dating has brought together many people around the world who would otherwise never have met, much less fallen in love. But the dark side of online dating often shows up in the form of romance scammers. By knowing what to look out for, and keeping your eyes open to the gambits and schemes, you can avoid the dangers of a scammer emptying your bank account, or even worse outcomes.

Take care of yourself, and help other people learn what to be on the lookout for by sharing information on identifying romance scammers!