Verge: How an Anonymous Cryptocurrency Can Change the Way Online Dating Companies Do Business

The Scoop: Online dating has opened a window into people’s hearts, but sometimes hackers and scam artists try to climb in and cause trouble. Privacy scandals have rocked major dating companies in recent years, leading to a public outcry for greater security measures and data protection. Fortunately, an open-source software company called Verge has developed anonymous cryptocurrency that can offer dating sites and apps a way to safeguard users’ financial information and give paid subscribers greater peace of mind.

This consumer-driven mission started from zero — meaning no initial coin offering (ICO) or pre-mined coins — and it grew rapidly as people discovered coins and joined the Verge community. The open-source software company depends on donations, volunteer work, and sheer passionate energy to drive its coin forward, and its community members have not disappointed. 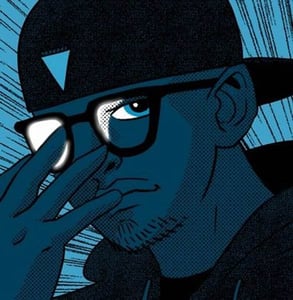 Verge Founder Justin Vendetta has over 20 years of experience in network security and blockchain technology.

Some early adopters even became members of the Verge team. These volunteers help spread the word about crypto and improve the Verge currency’s standing in the market.

“I felt immediately at home,” said NiteShadow about his first experience in a discussion board run by Verge. “I felt the passion of the community, and most importantly from the core team members.” NiteShadow and his wife now count themselves among that core team, giving their free time to something that began as a hobby and became a global movement.

Today, Verge has made a name for itself by offering an anonymous cryptocurrency designed for everyday use. The currency is traded on more than 50 exchanges, and it has the potential to revolutionize the way consumers pay for online services, including dating sites and apps.

As privacy scandals threaten social media, dating platforms, and other online spaces, Verge has become an increasingly relevant and necessary solution for consumers seeking to protect their financial data while navigating the web.

Privacy is a hot-button issue in the online dating space. Most online daters expect to have to bare their souls a bit while seeking romantic partners online, but they’re not on board to share their bank accounts and put their financial safety at risk. Fortunately, cryptocurrency has the potential to ease the privacy concerns of users who want to keep their anonymity and protect their bank accounts while still paying for online dating services.

Verge’s secure coin operates via anonymous blockchain networks and thus does not store any personal data on its users.

“We are one of the few coins that concentrates on optional privacy, use it how you want it,” said Lloyd Woods (aka Swizzlesticks), Advisor and Content Manager at Verge. “One of our biggest goals is to make this absolutely fold-down easy to use.”

The Verge team can integrate small and large businesses into its crypto-payment process.

Verge offers an iOS and Android crypto wallet where users can control their privacy settings and view their transaction history. The anonymity tool Tor and network layer I2P automatically mask the user’s IP address and location, so even if hackers do breach the business’ database — as was the case in the Ashley Madison hack of 2015 — they won’t have access to such sensitive details.

“There’s actually no demographic data required at all to process a crypto payment,” Lloyd told us. “That can save a lot of people a lot of headaches when they’re thinking about using dating sites but maybe don’t want their public personas attached to it.”

People in the dating scene often want to operate under a certain level of anonymity, so they’re naturally drawn to the kind of privacy solutions Verge can supply. Privacy coins can give adults the freedom to pay for adult services, for instance, without worrying that their name, address, and bank information will be exposed in the case of a data breach.

“The truth of the matter is that when you use crypto, you don’t have to worry as much about things being exposed because the operators of Match.com don’t technically need your address,” Lloyd said.

An Open-Source Project Powered by 40+ Volunteers

Since its beginning, Verge has been self-funded and volunteer-driven. People give their time and money to this project because they feel passionately about what a private cryptocurrency can do for the online ecosystem.

Verge started out with just one guy working in his spare time, and now it includes over 40 Verge Core Team members, all of whom are volunteers with technical backgrounds. This team sources talent from all over the world — from Australia to the Netherlands — and unites many diverse voices under the banner of online privacy. 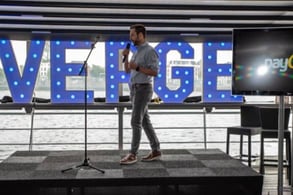 Verge team members do not take a cent for their work on the open-source software company.

As Kristopher, a serial entrepreneur and crytocurrency crusader, put it, “The effort and passion put forth by all who have ever touched this project, is an energy that is clearly unique and not easily replicable.”

Every team member works hard to see Verge’s currency flourish and gain universal acceptance in the market. These individuals don’t get paid for their efforts, and, in fact, sometimes they pour their own money into the projects, but they invest in Verge because of a shared belief in its ability to make online transactions easier, faster, and safer for everyday consumers.

In addition to his work at Verge, Lloyd is the CIO of company that offers crypto payment solution consulting and sells several products for crypto online. Lloyd said a big motivation for leaning into crypto was a desire to be on the ground floor of the next big thing. He has seen the internet change the world within his lifetime, and he said he expects cryptocurrency will be yet another game-changer in the coming decades. He has gone all-in on Verge, proviging his business experience and communication skills to this dynamic team.

Looking to the future, Lloyd said he believes crypto will revolutionize the entire financial industry, and he’s proud to be part of the team leading that movement.

“The Verge Core Team has members from all over the world, of all different colors, who believe in different religions, and are from very different socioeconomic backgrounds coming together, aligned by one great project and goal,” Lloyd said. “Every time we have a conference call and I hear 15 different accents, it makes me smile.”

Verge doesn’t use web analytics to keep track of who’s using its currency. Instead, the team gets to know its base by engaging with them in online forums and listening to the feedback they receive through social media platforms. The Verge community tends to be a male-dominated and youth-oriented space, but anyone can become a part of this movement toward greater privacy and security.

Many consumers and businesses have recognized that cryptocurrency is the way of the future, and they are eager to support Verge in its early days. Cryptovibes predicted 2019 will be Verge’s best year yet, citing an increased number of transactions as evidence of the coin’s growing acceptance in the global market.

“I can’t explain the electricity I now feel thinking about the future of Verge.” — Justin V., Verge’s Lead Developer

Verge appeals to tech-savvy blockchain fans who want to invest in a privacy-driven online experience. These forward-thinking individuals trust Verge to mask their transactions and protect their identities. Many people prefer to use Verge’s cryptocurrencies because of the anonymity it offers consumers. “I believe staying private is one of the basic human rights,” said a Verge user named Boris. “All of us should have it at our disposal.”

Ghullie said he favors Verge over other currencies because Verge is a community coin driven by volunteers and open-source software. “If the devs disappear on it or funding runs out, someone could always step in because they are working for free and believe in the idea.”

Thanks to the dedication of the Verge community, the currency has become a viable crypto solution for businesses and customers everywhere. In the coming years, the Verge Core Team intends to continue building on its momentum and working toward the mass adoption of Verge’s cryptocurrency.

“Verge has everything it needs now,” said Verge’s founder and lead developer Justin V., also known as Sunerok. “We’ve been working tirelessly on the new codebase to make it flawless, we have a massive community, we have a handful of very talented developers, and we have the adoption. I can’t explain the electricity I now feel thinking about the future of Verge.”

Verge is Poised at the Cusp of the Digital Future

Since 2014, Verge has distinguished itself as a high-integrity software company that’s more concerned about making a difference than making a profit. It has partnered with retail companies, travel vendors, adult entertainment outlets, and other businesses to offer customers a more secure payment option.

Businesses can expand their clientele by accepting private cryptocurrency such as XVG. Verge’s private crypto coin can facilitate online transactions without jeopardizing personal information. This could be a fantastic opportunity for online dating companies to earn the trust of privacy-conscious daters around the world.

Verge’s success as an independent and anonymous cryptocurrency speaks to the demand for greater security in website transactions. This international team of volunteers is at the forefront of a new privacy-conscious era in the online world.

“Most altcoins in the space are struggling right now in price, but Verge has been around since 2014, which is an eternity in this space,” Lloyd said. “We have the bragging rights of having been around so long and accomplished so much that we are a readily available option for many different uses.”