The Scoop: In the past, some websites have pushed the myth that privacy is the price for instant connectivity and global networking. Mastodon begs to differ. This open-source, ad-free, and decentralized social network has promised to look out for its users and address modern privacy and safety concerns. Mastodon’s servers currently support a community of over 2 million users and help people share their lives, not their data. Singles who mingle in this network can meet people without worrying about losing their identities to big corporations.

The internet started out as a wide open frontier where adventurous souls could wander freely and anonymously until they settled upon a place where they felt at home. Newly minted websites offered a utopia based on free collaboration, and the digital age launched with great promise.

However, as time went by, large companies built tracks, fences, and billboards to pen people in and create a monopoly on communication. Some major websites began convincing people to trade their personal data for online services, and such transactions have eroded the spirit of online communities.

Whether it’s an email address on a social networking site or a relationship status on a dating site, user personal data has become the top commodity in many online markets, and that has led to privacy scandals the world over.

Fortunately, not all developers are content with this status quo. In 2016, Mastodon came on the scene to challenge the monopoly held by the likes of Facebook and Twitter. As a free open-source social network, Mastodon has empowered a community of people to share their stories in a trustworthy online environment.

The Mastodon team puts privacy ahead of profits and safety ahead of salesmanship. Moderators patrol the platform for hate speech and foster friendly communication in an international community that has 2.2 million members — and counting.

Unlike its more well-known competitors, Mastodon is a community-owned and decentralized social network. That means the platform isn’t run by a single server, person, or company. Independently owned servers support users as they navigate the social network, posting images, videos, and messages.

The Mastodon community is powered by donations, sponsorships, and volunteer work — there is no advertising, monetizing, or venture capital involved.

“With other social media sites you are the product — what you post, who you follow and what content you interact with are all used to tailor advertisements to you,” explained Eleanor, the Communications Director at Mastodon. “With Mastodon, you own your data.”

Giving Social Media Back to the People

Creating an account on Mastodon takes less than a minute. Simply go to JoinMastodon.org and scroll through the various communities offered by different servers and then choose the one you like best. Many of these servers cater to niche categories, but new members don’t have to fall into any specific category or type to join in the fun. 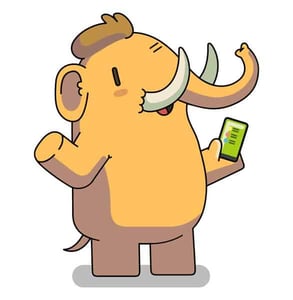 The community includes fun-loving people from all walks of life.

The Mastodon development team runs a general social server where anyone and everyone is welcome — as long as they follow the code of conduct. Over 348,000 users have joined this community and authored over 15 million statuses.

Members on different servers can seamlessly interact with one another on Mastodon, so newcomers will gain full access to the network by creating a single account.

Mastodon only lists servers that meet its high-integrity, customer-first standards. For instance, all servers must actively moderate against racism, sexism, homophobia, and transphobia. The server owners also agree to conduct daily backups, have at least one person with emergency access to the infrastructure, and give advance warning before shutting down.

Outside of these basic principles, the servers have the freedom to create their own guidelines and manage the communities as they see fit.

“These communities are stable and safe and welcoming to newcomers,” Eleanor told us. “When you log into your account for the first time, there’s a helpful tutorial that will walk you through the basics of how to find others, what the various timelines mean, and how to get started posting.” 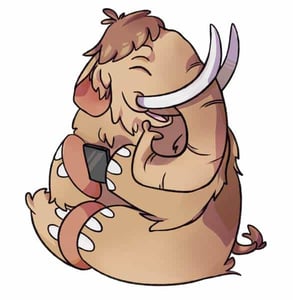 Over 2 million people have created accounts on Mastodon’s servers.

Once you’ve created a profile on Mastodon, you can start microblogging and share your thoughts, experiences, and perspectives with others in the community.

Mastodon attracts users of all ages, backgrounds, and interests. Millions of people have found Mastodon while looking for an online community they can call their own, and they have embraced the platform’s we’re-all-in-this-together vibe. The team goes to great lengths to be transparent about how they collect, store, and use data and give users some much-needed peace of mind.

As a privacy-driven platform, Mastodon is a proud part of the Fediverse — a federation of social networks that operate on free open software. This group of trustworthy, forward-thinking networks is on a mission to make the online world a better place by prioritizing users over profits.

“We’re always working to make Mastodon as accessible as possible,” Eleanor said. “We’re very proud of the communities that have adopted Mastodon and made the Fediverse a more interesting and diverse place.”

Mastodon belongs to everyone now, but it started as a pet project of a German developer Eugen Rochko in 2016. Eugen works alongside a small international team to update the platform, market its services, and improve the online landscape.

“We’re particularly proud of our new streamlined single-column user interface that makes posting on the Fediverse easy,” Eleanor said. “The decentralized nature of the Fediverse means that communities of different interests and languages are able to come together.”

Mastodon supports a diverse community, and it has comprehensive anti-harassment tools to ensure everyone feels respected, valued, and welcomed here. It has taken a strong stance against hate speech on social media and tasked its independent servers with policing their niche communities. 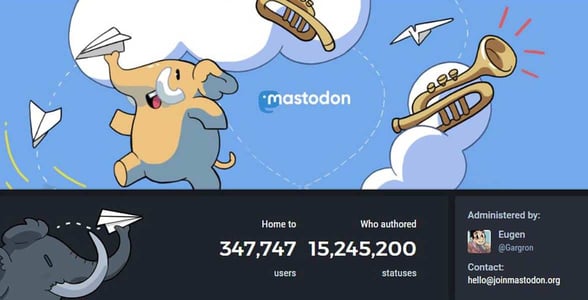 Mastodon moderators have the authority to remove posts, suspend accounts, and revoke the site access.

Many Mastodon users are enthusiastic about the platform and love to help it grow. Some have taken it upon themselves to create a server, others have told friends and family members about the community — and one user even joined the team as Communications Director. Eleanor said she became so enamored with Mastodon that she was eager to contribute to the project in any way she could.

The Mastodon community has grown at a record pace, and its success shows that there’s a great demand for privacy-conscious platforms where people have the freedom to share on their terms.

“One of our big focuses is to make Mastodon friendlier for artists,” Eleanor told us. “With Tumblr banning and blocking a lot of content, we’ve found that a lot of artists are looking for a new home, and we hope that Mastodon can be that home.”

Years back, the Mastodon team decided to upset the online status quo and offer people a safer way to socialize on the web. The team’s socially responsible platform gives users the chance to become part of a community without sacrificing their identities to large, shady corporations.

Mastodon has become a champion for individual privacy and online safety, setting an example for social and dating networks the world over. The decentralized system has attracted many privacy-conscious folks who want to connect in a secure space where they are in control.

“We hope that Mastodon creates an internet that is not only safer for people to use, but that it helps shift the internet toward greater decentralization,” Eleanor said. “The internet as it is now is not how the internet always has to be. With the Mastodon community we hope we are taking tentative first steps in building a better internet at large.”