The Scoop: Putting down your mobile device can result in spending more mindful time with loved ones and accomplishing your goals — but it also takes motivation. Enter Flipd, a mobile app that encourages users to stay off of their devices for three hours during the day. Flipd can hide social media apps for set periods, track the minutes you don’t check notifications, and offer tips on how to spend your time away from the screen. The app’s users report increased feelings of productivity and happiness — not to mention how the uninterrupted quality time can strengthen their relationships.

Many people know the feeling of sitting across the table from someone who spends more time on their mobile device than they do engaged in meaningful conversation. Couples aren’t immune either to this behavior either, and many couples have learned that too much screen time can affect any relationship.

More than 70% of married women surveyed by the Association for Psychological Science reported that smartphones frequently interfered with their relationships. Divided attention can make a person question the other’s interest — or even love. If they’d rather be scrolling endlessly through their social media feeds, how much do they really care about the person right in front of them?

Flipd can help people put their phones down and focus on each other.

That digital distraction from social media apps, news outlets, and a variety of other connections can become an addiction, making it hard to break away. That’s why the Flipd app was created. It makes users more mindful of the time they spend on their devices, and provides tools to help them curb the behavior.

“We use technology to motivate others away from technology,” said Alanna Harvey, CMO and Co-Founder of Flipd. “It’s similar to how we use fitness trackers to motivate us to move and be active. What if tech could invigorate that same enthusiasm about disconnecting?”

The app works similarly to a pedometer that sets a goal for daily steps. But, instead of movement and exercise, it encourages people to avoid checking their phones for at least three hours a day.

As a result, users have reported being more productive and feeling happier — not to mention the positive impact on their relationships.

Shifting Its Focus From Device Control to Self-Help

Flipd started when Alanna’s co-founder and partner, Cristian, gave a cellphone to his younger brother as a gift. Cristian then watched his brother change dramatically. Once a curious, open-minded little boy, his brother became obsessed with the phone.

So the pair created Flipd first as a parental tool to allow parents to lock a device remotely.

Flipd allows users to take mindful moments during the day, or even lock their devices entirely for a set period.

But they started noticing that couples were using it to lock each other’s phones. Then they saw a growing demand from people who wanted to use Flipd as a tool to take control of their own habits. The app works similarly to how Apple tracks screen time, except with Flipd, users can set their time away from the screen.

“We’re really all about maximizing your time,” she said. “You’re celebrating those mindful moments, as we call them. You see a lot of groups of friends doing it with each other, creating challenges. We also have lots of couples and families on the app. It’s interesting to see what people interpret as a mindful moment and what it means to them.”

App users are primarily between the ages of 18 and 25. As it turns out, the generation that receives criticism for “being on the phone all the time” is also interested in finding ways to stay away from their devices. And the app can be an excellent tool for studying — and even for teachers.

Flipd offers a wide variety of sounds, meditations, and music tracks on its “Wellness Hub” with low-fi beats or relaxing, ambient sounds that students frequently use to stay on task.

The App Tracks Mindful Moments Throughout the Day

Flipd, which is available on iOS and Android, prides itself on being straightforward and offers Mindful Moments on the app’s home screen. A timer begins when users select the option. As long as they stay on the page, and don’t go to another app, or check notifications, the session will continue. Flipd encourages users to accumulate three hours, or 180 minutes, each day with no-screen time. 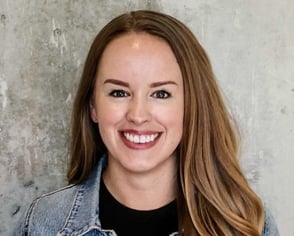 Alanna Harvey, CMO and Co-Founder of Flipd, spoke with us about the app’s potential impact on people.

“Our most successful users use Flipd for three hours a day. It’s similar to how a tracker encourages 10,000 steps. It’s an arbitrary number,” Alanna said. “And it may be a little harder than you think to get there, but if you try, you will. It just gives you that extra push to get you to keep going for it.”

If you need a little more help to stay away from the screen and focus on the real world, you can opt for a distraction-free experience. The option allows the app to hide all of your social media apps for a period you select.

In a way, you’ll be locked out from your phone. And when the timer is up, your apps return to your phone. It’s a crucial tool for those who are interested in a digital detox.

“Digital Detoxes make people nervous at first, but they want to try,” Alanna told us. “People talk a lot about those experiences on social media.”

The app also includes plenty of other challenges, as well. Because Flipd tracks a user’s stats, which can be posted to a leaderboard as a way to encourage users to increase their time away from their phones.

Flipd: Helping Keep People Away From Their Screens

The Flipd team cares deeply about work-life balance. Alanna said she and her life partner, Cristian, realized they needed to create solid boundaries for themselves as they started the business. As a result, they pass that on to the rest of the team as part of the company culture.

“We really value work-life balance, and understand that people have lives and hobbies and side hustles outside of work,” she told us. ‘We don’t want people to get burnt out or work seven days a week to be successful. We need to have that balance so we can stay sane.” 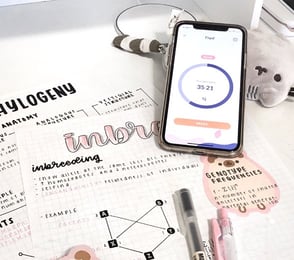 The Flipd app can even help users maintain focus while studying.

With that foundation, Flipd’s success has grown dramatically over the last three and a half years. More than 1 million people around the world are using the app. Alanna said that speaks to the great need for people to step away from the digital world and into the real one.

“I can only imagine it’s a positive impact in your life,” she said. ‘There isn’t anything negative about taking the time to disconnect and find something better to do with your time — whether it’s 30 minutes or eight hours a day.”

The team is also hoping to expand the app’s functionality to include integration with wearable devices like the Apple Watch. They plan to allow users to start Mindful Moments sessions using those wearable devices. The company also aims to expand its Wellness Hub to encourage more healthy activities for its users.

Flipd continues to rely on feedback from its users so it can develop features that meet their needs. In the future, that may mean more sleep, increased relaxation, or simply better relationships.