7 Facts About eHarmony’s Algorithm (How the Site Finds Matches)

eHarmony launched in 2000, and it’s been one of the go-to dating sites for serious relationships ever since. Thanks to commercials, word of mouth, and the site itself, practically every single man and woman knows that if you’re interested in finding a life partner, you sign up for eHarmony. But one thing that’s still kind of a mystery is eHarmony’s algorithm.

Over the years, the site has explained a few things about how it actually pairs people, so we thought we’d gather the seven most important and share them with you.

In an interview with Global Dating Insights, Buckwalter said: “Marriage requires the passion and the chemistry, but if you rely on that, that is not necessarily a good start for marriage. In the wild, that is the temptation, but I think there can be advantages to a more systematic exploration that online dating enhances.”

2. The Algorithm Takes Into Consideration 29 Dimensions of Compatibility When Matching

eHarmony’s questionnaire is aptly named 29 Dimensions of Compatibility because that’s how many factors go into it. The site explains everything in depth here, but the gist is there are six sections. The first section, Emotional Temperament, looks into self-concept, emotional status, emotional energy, obstreperousness (a person’s tendency to find fault in others), and passion: romantic. The second section is Social Style, and that covers character, kindness, dominance, sociability, autonomy, and adaptability. Cognitive Mode is next, and within that section is intellect, curiosity, humor, and artistic passion.

The fourth section is Physicality, which looks into physical energy, passion, sexual vitality and security, industry, and appearance. Fifth, we’ve got Relationship Skills, and eHarmony describes this as communication style, emotion management, anger, mood, and conflict resolution. Lastly is Values and Beliefs, and this section consists of spirituality, family goals, traditionalism, ambition, and altruism.

When eHarmony first launched, there were about 400 questions new members had to answer to create their profile, and it would take them somewhere close to an hour to answer them all. In 2016, the site cut down the number of questions to 150 or so. That way, people could get to the matching portion within 10 minutes. You’ve still got your basic questions, like those on gender, location, age, education, and career, as well as deeper topics like what words your friends would use to describe you.

4. What You Say You Want is Heavily Weighed

The most important component of eHarmony’s algorithm is how you answer its questions and what you put in the blank sections of your profile. So you’ll want to give it some thought instead of just typing the first thing that comes to your mind. However, you can always make edits on your profile whenever you want. 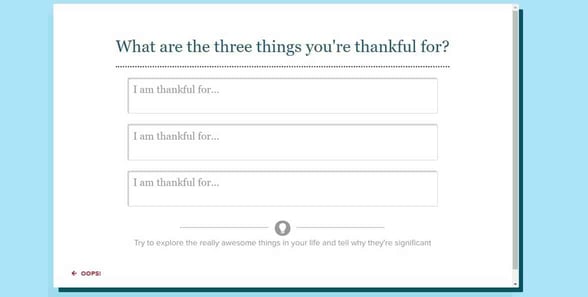 eHarmony’s questionnaire is one of the most detailed of any dating site.

The site is able to keep up with your changes and make adjustments to its match suggestions as needed.

5. Your On-Site Behavior is a Factor, Too

In addition to the information on your profile, eHarmony’s algorithm also works by keeping track of who you like or dislike, the types of people you message, and other ways you interact with the site and other members. Prateek Jain, Head of Engineering at eHarmony, calls this Machine Learning. For example, if you keep expressing interest in people who are within 20 miles of you, the site will keep sending you matches like that and so on.

6. The Site Uses Percentages to Show How Compatible You & A Match Are

Once you get a match, you can look at his or her profile to see how much you have in common, not just in terms of interests but also values and beliefs. This feature is called the Two of You Together, and you can access it by clicking Compatibility at the top of a person’s profile. You’ll see compatibility percentages for categories like emotional intimacy, altruism, physical intimacy, exclusivity, and intellect. You can sort these percentages by lowest to highest or highest to lowest, and this information can help you in the decision-making process.

7. Being Picky Won’t Help You

One of the most important things to know about eHarmony’s matching system is that there’s a balance between specifying what you want and being too picky. While you’re asked to choose your likes and dislikes based on a sliding scale, Chief Scientist Dr. Steve Carter told the Telegraph extreme answers can be ignored.

“We saw that by giving people the opportunity to say ‘What race do you want to be presented with? What religion? What denomination? How much can they smoke or drink?’ people thought ‘Oh, I have to make a choice here’ when they might not have made a choice,” he said.

Really consider your must-haves and can’t-stands. For example, do you absolutely need to be with someone who loves pets as much as you do, goes geocaching every weekend, and has a master’s degree? Probably not, right?

While eHarmony probably won’t ever tell us exactly how the algorithm works, you can still use the information above to your advantage. Remember to put some thought into the questionnaire and what appears in your profile, keep your on-site behavior in mind, check out your compatibility percentages with other members, and make sure your preferences and dealbreakers are realistic. As soon as we learn more, we’ll let you know!