The Scoop: Asian American men often find dating more difficult than their white, black, and Latino counterparts, and they were already less likely to be in a relationship than men of those other races, according to many studies, including by OkCupid. JT Tran wants to give Asian American men the tools they need to be successful with online and in-person dating through his ABCs of Attraction platform. He also wants to help them stay safe, as Asian American daters have been even more stigmatized since the beginning of the COVID-19 pandemic.

Asian American men have long faced an unfair dating disadvantage in the United States. Asian men are less likely than white men to have a current romantic partner, according to one study of Asian American men ages 25 to 32, and that’s after researchers used controls for a wide range of factors.

“It makes me angry cause it sort of feels like you’re getting rejected when sometimes you’re messaging people and then they unmatch you,” one Chinese-American dater told The Conversation. “Sometimes they don’t respond, or you just keep getting no responses.”

JT Tran, one of the top Asian dating coaches in the U.S., wanted to help men overcome those stereotypes to find women for dating and relationships. He launched his ABCs of Attraction platform and bootcamps to help Asian-American men build their confidence and develop skills for connecting with women online and in person. 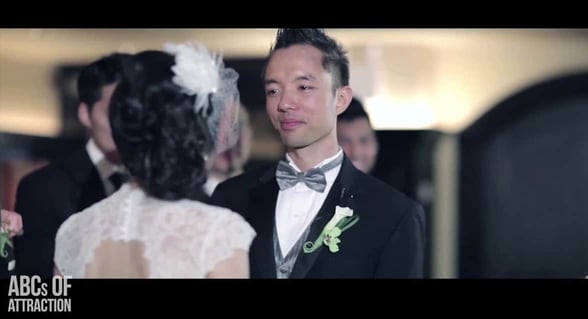 After he’d helped hundreds of men improve their dating game, JT said he even felt like the media representation of Asians had finally improved.

“There seemed to be more recognition with K-Pop and the movie ‘Crazy Rich Asians.’ It seemed to be getting better from a media perspective,” JT told us.

Then, the COVID-19 pandemic hit and exacerbated both dating struggles and anti-Asian racism in the United States. Now, ABCs of Attraction offers Asian American daters tips for navigating the current atmosphere while also staying safe.

Bias Against Asians Can Put a Damper on Dating

Since COVID-19 first hit China, many uninformed Americans quickly blamed the region for the rapid spread, and that anti-Asian sentiment compounded the difficulties Asian American men had in dating, struggles that JT now wants to help them overcome.

When the COVID-19 pandemic came to the United States, JT saw a noticeable uptick in anti-Asian hate crimes. There was only one hate crime motivated by anti-Asian bias in New York City in 2019 compared with 20 in the first half of 2020. And that’s in a diverse area with a considerable number of Asian Americans. 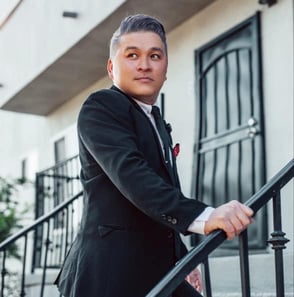 JT Tran, Founder of ABCs of Attraction, spoke with us about the challenges facing Asian American daters.

“There’s quite a bit of blame placed on Asian Americans for COVID-19, and here’s been an undercurrent of anxiety about that. Some of the clubs denied entry to my coaches and students because they were Asian,” JT said.

He shared an experience he had while out on a date with a white woman during the COVID-19 quarantine. JT and his date were seated next to a table of white men who kept making eye contact with his date.

“During the entire dinner, the guys were giving her googly eyes, like do you want to get out of here? Do you want to leave?” he said.

According to JT, seeing Asian men with non-Asian women has always been threatening to some people, but with increasing racially-motivated hate crimes, that threat has increased.

That’s why ABCs of Attraction has transitioned to helping men with their online dating game and day game, JT said. That is partially because of the scrutiny Asian Americans may receive at bars and clubs but also because most nightlife spots are closing earlier due to COVID-19 restrictions.

“We’ve had to adjust in that regard, in terms of health protocols and watching out for the resentment. Our guys need to take care of themselves while they’re out and about,” JT said.

JT said many of his recent clients have felt extremely isolated since the start of the pandemic.

“They haven’t been socializing as much, or they’re starving for social interaction,” he said.

Many ABCs of Attraction clients want to learn how to be more successful in online dating. Those dating platforms are more important than ever due to restrictions on in-person contact but have long been unfair to Asian guys. JT told us that Asian men need to make hundreds of thousands of dollars more than White men to receive the same response rate from women online.

ABCs of Attraction’s online bootcamp helps men appear more desirable online, even if they don’t own an expensive car to put in their profile photos.

“We teach them how to update their profile and do a photoshoot at the bootcamp. We show men how to use different platforms to meet more women during this time. And we help take the guesswork out of it for them,” JT said. 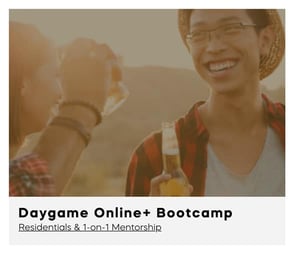 ABCs of Attraction bootcamps teach men how to present themselves online.

Socially distanced in-person dating requires a significant shift, as well. That’s why JT and his coaches teach men how to impress women while wearing masks.

“Expressiveness is even more important now. If you have a face mask, use your body language and eyes to communicate. Also, speak up since the mask muffles your words,” JT advised.

He also suggests that men be even more friendly than they otherwise would be, without veering into aggressive territory. That means starting at a distance and then moving closer without taking up too much space.

ABCs of Attraction’s latest bootcamp offering — the Daygame Online+ Bootcamp — promises to help men meet women even in the middle of a lockdown.

Asian American men clearly face a disadvantage in the dating scene that’s only been exacerbated by the COVID-19 pandemic. That’s why JT has moved his in-person bootcamps online to ensure that his students can still make progress in the dating field. The ABCs of Attraction team has also transitioned its popular Game Online+ bootcamp to a virtual version.

“We took our bootcamp and adjusted it for the situation that we faced. We’ve developed programs where people can learn online,” JT said.

One of the core focuses of these online bootcamps is boosting what JT calls “inner game.” Asian men consider how they feel about themselves, which helps them become more honest about what’s holding them back in dating. For instance, someone who wants to focus on his inner game may have no idea who they want to be.

At the same time, JT remains hopeful that a vaccine for COVID-19 will be effective and life as he remembers it will return. ABCs of Attraction’s in-person bootcamps — which typically take place over entire weekends around the country — are the company’s bread and butter.

“They’re talking about an effective vaccine now, and hopefully, life will return to normal next year,” JT said.

Still, the ABCs of Attraction team is committed to leveling the playing field during the pandemic.

“Our students are still meeting people slowly but surely. It makes me feel good that people are driven to make an emotional connection. Even when things are tough, we strive for that human connection,” JT said.