The Scoop: The Seattle Dating App launched in 2019 to shake up the local dating scene and provide a user-driven alternative to traditional swiping apps. Single professionals have flocked to this dating app and praised its unique and sensible matching system. The Seattle Dating App has become a go-to resource for singles looking to take control of their love lives and meet people who share similar schedules, outlooks, and relationship goals.

Seattle made headlines in a bad way in 2019 when a national podcasting tour group named it America’s worst city to find love — for the second year in a row. After sampling demographic data from over 92,000 singles, the podcasters called it “a gloomy puddle of aggravated women, socially awkward men, and rain water.”

Seattle resident Ben Mussi couldn’t let that stand. He wanted to take action to improve the city’s reputation and connect people on a local level. 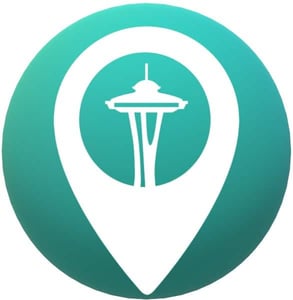 “I thought there was an opportunity to do better,” he said. “I saw that as a challenge to come up with a dating platform that’d help Seattle improve its position.”

Ben started developing the Seattle Dating App to tackle the problems he experienced when swiping as a 30-something professional. He brainstormed ideas for neighborhood-based matching, date spot suggestions, and date scheduling assistance to streamline the online dating process. Then he started asking other singles what they thought, and the Seattle Dating App really started gaining momentum.

“Everybody had their own ideas about how to improve online dating, and they were very passionate about it,” Ben recalled. “There was a huge amount of energy toward dating, especially in Seattle.”

By September 2019, the Seattle Dating App was ready to launch and disrupt the local dating scene. Within it’s first six months, the app saw over 1.5 million swipes, 75,000 chats, and 10,000 matches in Seattle.

The Seattle Dating App is a community-driven platform that endeavors to satisfy the needs of local daters. User feedback has shaped and inspired many of the app’s most unique features, and the team continues to adapt to meet the needs of singles in Seattle.

The app tailors its services to men, women, and non-binary singles who are tired of endless swiping and want to actually go out on a date with someone. 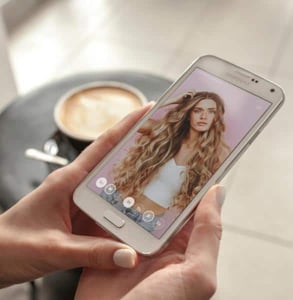 Seattle singles can find a date on their terms by using schedule matching and neighborhood swiping.

When setting up their Seattle Dating App profile, singles have the option to include a weekly schedule and identify when they’re free to go on a date. This information gets tabulated into the matching process so individuals don’t run into scheduling conflicts or have to waste time on the “when are you free?” conversation.

“That really is a big enabler for people who want to meet somebody and not just chat,” Ben said. “It is really effective at helping our users find dates when they want them.”

The Seattle Dating App has also put its own twist on location-based matching to make it easier for Seattle residents to find viable date prospects. Instead of lumping users into a generic mile-radius circle, Ben took the time to divide the city into 65 neighborhoods where daters are within walking distance of one another. This feature allows users to stay close to home while swiping in their neighborhood of choice.

“A standard three-mile distance doesn’t work well in a city like Seattle where you have lakes and heavy traffic,” Ben said. “Our neighborhood matching allows single people to be more intentional, and it’s been very popular with users.”

Once users find someone they like on the Seattle Dating App, they don’t have to wait to form a mutual match to say hi. The app allows users to comment on pictures and send private messages without matching. However, the team has developed an automated system to flag inappropriate messages and ban users who have frequently abused the free messaging system.

“We want to make sure every person who uses the app is respected,” Ben told us. “Our rules about when you can contact and send pictures are gender neutral and centered around building trust.”

Ben never intended the Seattle Dating App to be a one-man operation. He knew early on that he needed a talented and diverse team to put his ideas into action — and to add their own ideas to the project.

“I really believe that diverse teams come up with better answers, especially when it comes to social networking platforms,” Ben said. 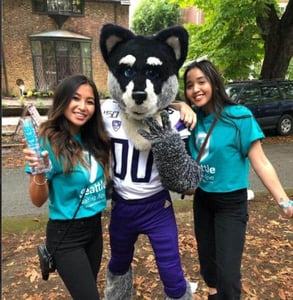 During the summer of 2019, Ben pulled in developers, product testers, and marketing experts to make the Seattle Dating App the best it could be. Two college interns even jumped on board to help spread the word and brainstorm ideas that would appeal to Generation Z.

Many voices came together to shape the Seattle Dating App brand, and it has continually adapted to fall more in line with what modern singles say they want in reviews and focus groups.

“I want people to feel like this is their app, and that their input can modify and change it,” Ben said. “When you get into the app, you’ll never see our logo because everything is about our users.”

Of course, building local connections isn’t so easy in the middle of a pandemic, and the Seattle Dating App team has had to be even more flexible and attentive to the needs of singles in recent months.

When statewide lockdowns were put in place in late March, the Seattle Dating App saw a 40% uptick in online chatting, but that has steadily slackened off as social distancing has continued and online dating fatigue has set in.

However, it hasn’t been all bad news. One woman said she recently went on a virtual date with someone she met on the Seattle Dating App. He ordered her dinner through Uber Eats, and they had dinner and watched a movie while video chatting.

The Seattle Dating App is a dynamic problem-solver and wingman for singles looking for a genuine connection, and it has begun developing an update that can help facilitate online relationships until in-person dating is safe once again.

Now Expanding One City at a Time — Starting in Portland

The Seattle Dating App has won over thousands of local singles with its innovative features and user-first mentality. Over the last year, the team has seen its reputation grow from neighborhood to neighborhood. And now Ben is looking to expand from city to city.

In January 2020, the Portland Dating App launched to bring the startup’s locally driven dating model to another West Coast city.

“We took the lessons from Seattle, and we did it right from the very beginning,” Ben said. “By the first weekend, about 2,000 people had downloaded the app.” 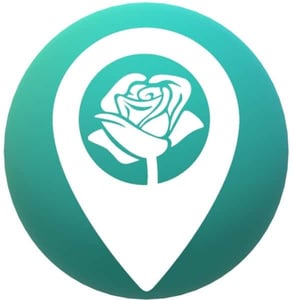 The Portland Dating App has become a popular dating resource for Oregonians.

The Portland Dating App built a lot of momentum very quickly, and it has now eclipsed the Seattle Dating App in size and online activity. Its success has inspired the team to continue growing in other cities and providing more singles the opportunity to create local matches using its smart system.

“The idea is that each city gets its own app that can grow and adapt based on the unique challenges and dating spots within the area,” Ben explained. “Each city has its own flavor, so we’re looking at a national expansion slowly and smartly.”

Even as its portfolio grows, the Seattle Dating App team continues to solicit feedback from individuals and incorporate new ideas into the online dating app. The team has received many success stories from users who say they went on a great first date or got into a relationship. Ben said his all-time favorite success story has to be that of his best friend, who met his girlfriend on the Seattle Dating App.

“That’s the whole reason I’m doing this — to help people connect. It really brings it home for me why we’re doing this,” Ben said. “It’s really freaking cool.”

The idea for a Seattle-based dating app began with Ben, and its heartfelt message has resonated with a diverse community of singles. The Seattle Dating App is the people’s app. Its innovative features do not offer a one-size-fits-all solution but instead speak to the specific needs of Seattle’s dating population.

The Seattle Dating App has grown popular because it welcomes user feedback and adapts to local dating challenges. The app doesn’t rely on flashy features, games, or gimmicks to connect people. Instead, it provides sensible and practical tools that facilitate compatible matches, good conversations, and real-life dates.

“Everything is passion-inspired and data-driven,” Ben told us. “If it doesn’t help people connect, we’re not going to do it. Our job is to figure out what it takes to make a better dating app for Seattle — and now for Portland.”