You practically can’t talk about the journey of online dating without talking about Match.com. Online personals were already a thing, but a lot of people had their doubts. Was meeting strangers on the internet really the best idea? However, Match showed us all what a safe, fun, and, most importantly, successful opportunity this could be.

To show you just how much of an impact Match has had on online dating and the lives of singles, in general, we’ve created a timeline that’ll tell you everything you could ever want to know about where the site has been, where it is now, and where it is going.

1. The Company Was Founded in 1993 By Gary Kremen and Peng Tsin Ong

Match’s history goes all the way back to the early ’90s. Gary Kremen, an American engineer and entrepreneur, and Peng Tsin Ong founded the internet matchmaking company Electric Classifieds, Inc. In 1993. Match was its first flagship property. Kremen told Wired that the idea “came to me in the shower. I thought it would be really interesting to use the internet for relationships, and to do it right.” 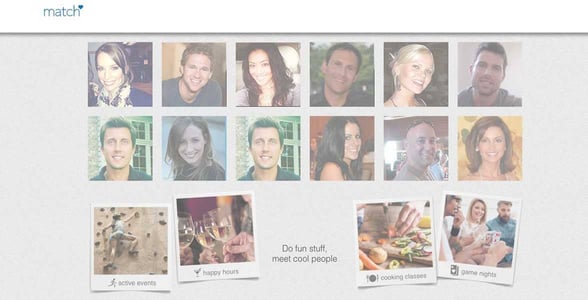 Match.com launched in 1993 and has grown into one of the world’s most popular dating sites.

Ong helped with the design aspect, while Simon Glinsky helped with the business plan and marketing. They wanted to create a subscription-based model, which most dating sites use today, and have a diverse group of people for the initial trials, including women, tech leaders, and those from the gay and lesbian community.

2. Brand Builder Fran Maier Joined the Business Team in 1994 to Ensure Match Would Be Women-Friendly

Fran Maier, a well-known entrepreneur and brand builder, joined the team in late 1994 to develop a strategy for making the platform female-friendly. She believed that if they built a dating site with women in mind, then the men would follow, and she was right.

3. The Site Officially Launched in 1995 & Initial Users Were Given Free, Lifelong Memberships

The free beta site of Match.com went live in 1995, and Wired was one of the first magazines to write a profile about it. To get the database to start growing quickly, initial users were given a 100% free membership that would never expire.

4. Kremen Left Match in 1996 But Remained on the Board of Its Parent Company

Kremen butted heads with venture capitalists involved in Match because he wanted the site to serve other markets, including the LGBT community. So he left Match in March of 1996, but he still remained on the board of Electric Classifieds.

A provider of business and consumer services named Cendant bought Match in 1998, and IAC bought it from them a year later. Now IAC is a leading New-York based media and Internet company that owns more than 150 brands in 100 countries.

6. That Same Year, Dallas, Texas, Become Match’s Headquarters & The Site Merged With One & Only

Dallas became Match’s home in 1999, and the company now has offices in San Francisco, West Hollywood, Rio de Janeiro, Beijing, and Tokyo. In addition, Match merged with another dating site called One & Only. IAC soon acquired that site as well.

Match had another merger in 2001 — this time with Love@AOL. The team partnered with AOL and MSN to make online dating accessible to the general public and create a more diverse user base. 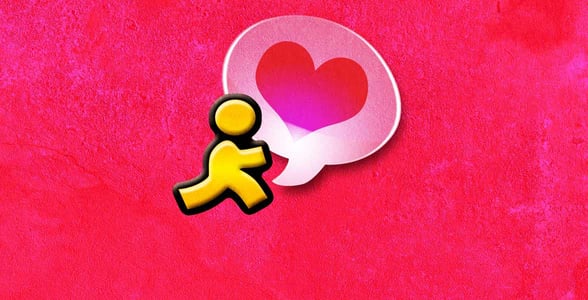 Six years after it was founded, Match merged with AOL’s dating platform to reach more people.

Love@AOL started out as free, but, after the merger, a one-month membership cost $24.95.

In 2002 and 2003, then-CEO Tim Sullivan launched a couple of initiatives to help Match expand into offline dating. MatchLive was a service that brought members together in real life to participate in speed dating and other activities, while MatchTravel offered members discounts on Expedia, which was one of Match’s sister companies at the time.

10. In 2004, Guinness World Records Recognized Match as the Largest Dating Site in the World

By November 2004, over 42 million people had signed up for Match, and more than 15 million people across the globe were using the service. So Guinness World Records named Match the largest dating site in the world.

11. Match Teamed Up With Dr. Phil in 2005 to Offer the MindFindBlind Service

Match and Dr. Phil got together a year later to launch the MindFindBlind campaign. Members could pay an extra fee to access the monthly subscription program, which provided tips for getting mentally ready for dating, finding the ideal match, and making relationships last.

12. The Site Was Redesigned in 2006 to Coordinate With a Series of New Commercials

The US version of Match got a new look in December 2006 to better coordinate with a new series of black-and-white commercials the company launched, featuring several of its actual members.

Members who were featured include OsoSweet4 (above), Devco2000, and SmilesForMiles01, and they got to share what they were looking for in a date and what they thought about Match.

Meetic purchased Match European operations in 2009 for €5 million and a 27% interest in the company, according to Online Personals Watch. WhiteLabelDating Co-Founder Ross Williams told Mark Brooks in an article: “There was a clause in the announcement that didn’t make many of the headlines, but I think will tell you the direction IAC is going in: Match has the option to buy Meetic in its entirety in about three years. So this is kind of phase one of setting the limits of both businesses.”

14. In July 2009, the Company Acquired People Media, Which Operates Sites like OurTime

During the summer of 2009, Match made another big move by buying People Media from American Capital for $80 Million. People Media is an online dating network that powered AOL Personals and operates niche dating sites such as OurTime.com, BlackPeopleMeet.com, SeniorPeopleMeet, SingleParentMeet.com, and BBPeopleMeet.com

The following year, Match and Meetic announced a new marketing campaign directed toward Latin America. The two companies combined on ParPerfieto, a dating site in Brazil, and increased Match’s presence in Latin America.

16. SinglesNet Was Bought By Match That Same Year

Match added another dating site to its arsenal in February 2010 by acquiring SinglesNet.com.

With mobile dating growing more popular, Match created an app for Android users, which meant it was available on all of the big-brand smartphone platforms. Match had already launched an app for iOS users.

This meant Match was the only provider of a Yahoo! Online dating service. Its ongoing mission to take over the online dating scene continues.

Match continued its dominance in the online dating industry by buying OkCupid, the first non-subscription based dating site in its portfolio, in February 2011 for $50 million in cash.

2011 was a big year for Match. Not only did the company invest 20% interest in Zhenai Inc., a popular dating site in China at the time, but it also “announced a planned public tender offer for all outstanding shares of Meetic S.A.”

Not long after Match purchased OkCupid, Sam Yagan, OkCupid’s Co-Founder, took over the role as Match’s CEO. He held this position until 2016. Now he’s the Vice-Chairman of IAC’s Match Group.

Match tried again to break into the offline dating realm and found success with Stir events, which include happy hours, all kinds of classes, wine tastings, bowling, and other activities. 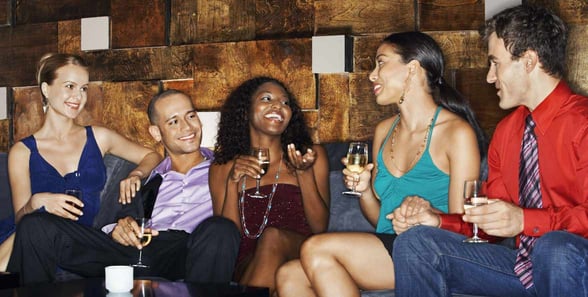 Match Stir events are held all over the world and consist of all kinds of activities.

Match hosts dozens of these a month in cities all over the US. Additionally, Match launched an on-site dual-player game that brought members together in another way.

PlentyOfFish (POF) was the next site Match acquired, and it was its second 100% free dating site, after OkCupid. According to Business Insider, POF CEO Markus Frind, potentially got $525 million for the sale.

In 2015, the UK version of Match won the Best Dating-Related Marketing Campaign at the UK Dating Awards, which “celebrates the best of the British dating industry.” Match was also a finalist for Online Dating Brand of 2015, Most Original Dating Event of 2015, Innovation Within the Dating Industry for 2015, and Daters’ Favorite Dating Site of 2016 and 2017.

The coronavirus pandemic impacted the online dating world in a lot of different ways. A whole generation of single people were isolated, unable to go to their favorite bars and hangouts, and they were desperate to make online connections that could get them through this difficult time. Thus, video dating went into huge demand practically overnight.

The Match Group was among the first dating platforms to adapt to this new normal and integrate video chat tools across its platforms, including Hinge, Tinder, and Match.com.

Match.com’s Vibe Check gave couples who were already matched and chatting the opportunity to take their new relationship to the next level.

“Who says all dates require crowded bars and restaurants?” the Match team said. “Our video chat feature lets you focus on one another without the stress of going out.”

Today, Match Has 30M+ Members & Is Responsible for the Most Romantic Connections

Decades later, Match is still the number one name in online dating. The site has 30 million members, and counting, and people from numerous countries and of all different backgrounds can access it. However, probably the most staggering fact is that Match has led to more dates, relationships, and marriages than any other dating site. We can only imagine what the next 25 years hold.