The Scoop: Since 2008, GenerationLove has supported singles as they cross oceans in search of love. The Eastern European dating site has earned the trust of thousands of users and facilitated international matches between marriage-minded men and women. GenerationLove’s strict anti-scam policy and hands-on dating services ensure serious daters don’t waste their time on dead-end dates. The GenerationLove team goes the extra mile to turn online connections into real-life relationships. They can recommend matches, supply translators, make travel arrangements, and assist with visa paperwork to help couples start a new life with the right partner.

Many dating sites are here today and gone tomorrow. They launch with a lot of flash, claiming they alone have cracked the dating code, and yet, within a few months, interest fizzles, sign-ups drop off, and singles move on to the next big thing.

In 2013, Forbes estimated that the dating industry adds 1,000+ dating sites every year. But how many of those will still be around in five years? Or 10 years? Or 15?

GenerationLove is an international dating service based in Eastern Europe.

GenerationLove is among the few dating companies that has lasted a decade in the industry. The Eastern European dating site will celebrate its 10th anniversary this autumn.

Since 2008, GenerationLove has connected thousands of singles all over the world and facilitated many love stories. Its successes are a testament to the care and dedication of its team. Although the site has been around a decade, its membership base continues to grow as more Western men and Eastern European women grow frustrated with the local dating scene and look for romance abroad.

GenerationLove’s team is currently working on a redesign of the site’s layout to make it more streamlined, modern, and efficient. A big focus is on making the site mobile-friendly so singles can access their messages and matches wherever they go.

“We want to offer a prime service to singles who are serious in their search for a lasting relationship,” said Walter Halbrock, Director of International Affairs for the dating site. “Therefore we always improve our services and make our site easier to use.”

GenerationLove bridges the distance between single women in the Ukraine, Russia, and other Eastern European countries, and single men in the US, Canada, and other Western countries. The site’s international network gives singles the opportunity to build a correspondence with someone halfway around the world, and its dating services help them turn that online connection into a real-life romance.

“We assist our users, on request, when a first meeting is planned,” Walter told us. “An important part of our service has always been that we assist men in all travel questions and ensure that his travelling and visit is comfortable, and that he returns with wonderful memories.”

When GenerationLove arranges a date, users can be sure it will run smoothly. The first date typically takes place at the woman’s home so she can feel comfortable and safe. The men travel abroad, which proves their commitment to the budding relationship, and enter the meeting with a translator by their side.

GenerationLove puts together sightseeing packages and offers dating advice to support men in their foreign travels. A local representative sees to it that the men have everything they need (including a fresh bouquet of flowers) to make a good first impression. Additionally, when the couple is ready to take that next step and get married, the GenerationLove team assists with all the complex paperwork and provides personalized support all the way up to the “I dos.” 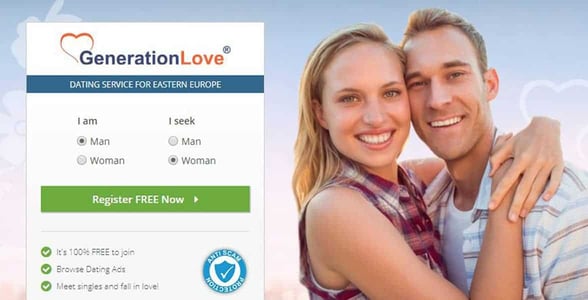 In the coming year, GenerationLove will expand its messenger tools to include video chats, live chats, and other premium features. This will help singles build genuine, intimate relationships in real time. These features will augment the more long-form, letter-writing communication tools that have been so impactful over the years.

GenerationLove users can also expect more hands-on matchmaking tools to be made available soon. These tools will help the team point paid members toward desirable matches. “Our experiences have shown that there is a significant number of marriage-minded singles who prefer the personal matchmaking assistance,” Walter told us. “This service we offer in cooperation with our local partners so that interested women have a personal matchmaker assisting them.”

95% of User Feedback is Positive

After GenerationLove arranges a meeting between its users, the team asks for feedback on how everything went. They ask men if the travel arrangements went smoothly, and they ask women if they felt comfortable on the date. It’s important to the team to hear what their members are thinking so they can make improvements when necessary.

Lately, however, the feedback has been nothing but positive. GenerationLove’s surveys show both men and women are satisfied by the matchmaking process and dating services.

“We are happy to say that 95% of all reviews are positive,” Walter said. “Even if a meeting did not lead to the desired relationship, men report that the stay was pleasant and they especially enjoyed the hospitality.”

“We are happy to say that 95% of all reviews are positive.” — GenerationLove

This is a point of pride for GenerationLove. This isn’t a faceless corporation that leaves singles to figure things out on their own — the team is there for members every step of the way and is committed to seeing them reach their relationship goals. Its successes speak for themselves. The GenerationLove testimonials page is full of positive comments and thank-you messages.

“With your help, I have found true happiness,” wrote Udo, who met his future wife on GenerationLove. “We wrote each other numerous very pleasant letters. Soon I felt as if I had known her for a long time.”

“There was a connection between us from the very beginning.” — Udo, a German man who met his wife on GenerationLove

A German single named Jens said that when he saw Irina’s photos on GenerationLove, he felt as if lightning had struck him. “I was very impressed by her beauty,” he said in a testimonial. “There was a connection between us from the very beginning, even though we knew each other only through letters and some photos.”

When Jens traveled to the Ukraine to meet Irina, everything fell into place for the couple. Their feelings were confirmed, and they started making serious plans for the future. Jens said his knees trembled, and he felt full of anticipation and excitement. This couple’s love story is just one of many posted on GenerationLove’s website.

“We are happy to hear that the men who are using our platform are more serious in their search,” Walter said. “Indeed, this has always been our goal; we have never mingled cyber flirt with a serious dating search.”

In the last decade, GenerationLove has made a name for itself as one of the industry’s leading East-West matchmaking and dating services. The experienced team has helped singles around the world connect with one another and start relationships that lead to marriage.

Whether they’re arranging a meeting or translating love letters, the GenerationLove team does what it can to make international romance easier on people who come from different backgrounds but share similar family values. Thanks to their hard work, Eastern women and Western men can take their search for love to the other side of the world and find a partner who’s ready for a serious commitment.

“We support serious, marriage-minded singles, but not just cyber flirting,” Walter said. “According to our users, this makes our work unique.”