The Scoop: OkCupid is a nerdy, inclusive, and free dating platform where over 57 million registered members send 7.3 million messages a day. Since its launch in 2004, the dating site has established itself as a hub of flirtation and conversation for active daters who don’t want to shell out their hard-earned cash for a subscription plan. In 2011, Match Group established its dominance in the dating industry when it acquired OkCupid for $50 million. Co-Founder Sam Yagan stayed on as CEO for a few years, but new leaders have now come to define OkCupid’s future. Entrepreneur Ariel Charytan took over as Chief Executive Officer in early 2018. Over the last two decades, Ariel has led a distinguished career as the founder and senior-level executive of various online services, and now he has set his sights on revolutionizing the dating scene one mutual match at a time.

Match Group started 2018 with a leadership shakeup. Mandy Ginsberg succeeded Greg Blatt as CEO effective Jan. 1, 2018 — and she announced a series of internal leadership appointments to support her long-term vision for the company.

Most notably, Mandy tapped OkCupid CEO Elie Seidman to become Tinder’s new CEO, and then she recruited Ariel Charytan, the Senior Vice President of Audible, to take the reins as OkCupid’s new CEO. This move signalled a significant power shift in the dating industry. Ariel has not worked for a dating platform before, but he has an impressive résumé as a senior-level exec of digital marketing companies and tech startups.

In late January, Match Group publicly announced Ariel’s appointment as Chief Executive Officer of OkCupid, one of the most popular dating platforms for young singles around the world. The press statement references Ariel as a “respected leader and entrepreneur,” and some of Match Group’s executive team also offered their enthusiastic endorsements.

“Ariel is one of those rare individuals who has a rich entrepreneurial track record as well as a disciplined approach to execution and management,” said Amarnath Thombre, CEO of Match Group Americas, “making him a perfect fit for OkCupid.”

From Ambitious Self-Starter to Executive Management

According to Ariel’s LinkedIn page, he grew the company to a team of over 400 employees. As the Chief Operating Officer, he led the product, marketing, customer service, distribution, and operations teams. At its peak, Epana Networks earned over $250 million in revenue. Marcatel acquired the company in 2008, at which point Ariel moved on to launch an online hotel directory known as Oyster.com.

Ariel started Oyster.com in 2008 alongside Co-Founders Elie Seidman (OkCupid’s former CEO) and Eytan Seidman (Elie’s brother). The three entrepreneurs received $10 million in funding from Bain Capital Ventures and the Travel Channel. They leveraged that money to create one of the world’s most comprehensive resources for independent hotel reviews. Ariel served as the company’s Chief Creative Officer, responsible for coming up with feature ideas and digital marketing strategies. In just five years, Ariel transformed Oyster.com from an unknown URL to a successful international brand. TripAdvisor took notice and bought the company in October 2013.

Next, Ariel spent nearly two years working as Vice President of Product and UX for Yodle, an online marketing and advertising consultancy. Its focus on helping local businesses grow into worldwide sensations was right up Ariel’s alley.

In May 2015, Ariel accepted a job offer at Audible, the world’s largest seller and producer of audio entertainment. Owned by Amazon, this company features more than 350,000 audiobooks. Ariel served as the company’s first Vice President of Product and UX and became the Senior Vice President in 2017.

Now Ariel finds himself at the helm of one of the oldest and most successful dating sites in the world. OkCupid has a relatively small team of 53 employees, but the app sees over 1 million downloads each week.

Ariel’s OkCupid bio calls the new CEO “a veteran company founder” and lists the highlight reel of his many accomplishments. “Mr. Charytan has spent his career building and fostering media, online travel, and telecom businesses,” it says. Impressed by his 18-year history of successful business ventures, many industry leaders see Ariel’s appointment as a slam dunk for OkCupid.

Style Over Substance: Ariel Seeks to Build on the Site’s Current Innovations

Ariel’s rise comes at a fortuitous time for OkCupid. In the last year, the dating platform has introduced several design and policy changes, including requiring all users to use their first names (or a nickname) rather than an anonymous username.

The OkCupid team also made dramatic improvements to its messaging system. Instead of an open inbox that collects all sorts of wanted and unwanted communications, the new Conversations folder only shows messages from mutual matches. All other incoming messages will appear on the user’s profile. This gives users a way to filter their messages, so they’re not overwhelmed by pick-up lines from people they’re not interested in. 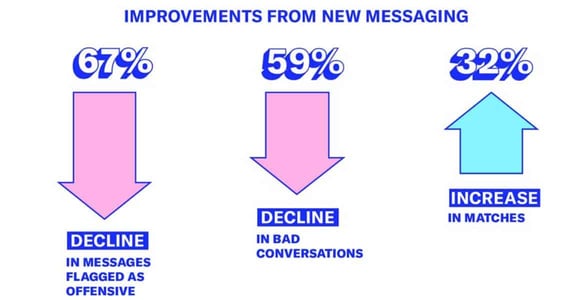 With its newly developed tools, the dating platform has put quality before quantity and underscored the importance of building connections based on mutual interests.

“OkCupid provides a truly unique user experience based on helping people connect on what really matters,” Ariel said in an interview. “These principles resonate now more than ever, so it’s an incredibly exciting time to be joining the team.”

With the tagline “Dating deserves better,” the OkCupid team constantly pushes themselves to create better tools to better serve a diverse population of singles around the world.

In the words of the Huffington Post, “Having newly adopted a ‘substance over selfies’ motto, OkCupid seeks to promote the importance of creating authentic human connections in the digital, selfie-filled age.”

Throughout Ariel’s dynamic entrepreneurial career, one thing has remained constant: He has always lived in New York City. He has lent his experience and expertise to many New York-based companies in the last 18 years. OkCupid’s headquarters are also in the Big Apple, so Ariel can continue developing innovative web products while living in his favorite city.

In more than one way, the OkCupid CEO position is a perfect fit for Ariel. He can use his creativity, his marketing savvy, and his leadership skills to bring out the best in OkCupid’s products and push the brand to new heights.

Match Group may be undergoing changes in leadership, but the future looks bright for this dating industry giant. As the corporation’s new CEO, Mandy seems to be setting many lofty goals for herself and her team.

“As we look to the future, we have so much opportunity ahead,” she said in an interview in August 2017. “We believe through continued product innovation we will create even more. I look forward to continuing to build on our global footprint, drive growth, and create value for shareholders.”