The Scoop: In 2003, an online dating company called SuccessfulMatch expanded its portfolio by launching SeniorMatch, a dating site geared toward singles over 50. The user-friendly platform immediately caught people’s interest and has been growing steadily ever since. Today, SeniorMatch is a top-reviewed dating site and app with over 1 million users in its global network.

As people get older, they can sometimes become isolated by their daily routines. Maybe their friends have moved away, or maybe their significant others have passed on. Maybe they just don’t have the energy to go out as much as they used to.

In a poll conducted by the AARP, more than one-third of senior Americans reported feeling lonely at least some of the time. The survey also found that living alone and not regularly socializing can negatively impact the mental and physical health of senior citizens.

It’s important that people over 50 feel tied to a community and have the means to meet new people and build relationships that brighten their days. Thankfully, the online dating world can do a lot to connect lonely seniors throughout the world.

As a senior-friendly dating site, SeniorMatch helps mature men and women get out and meet people who share similar interests, life experiences, and goals.

In 2003, SeniorMatch started building a network of over-50 daters, and today it has over 1 million members to its name. 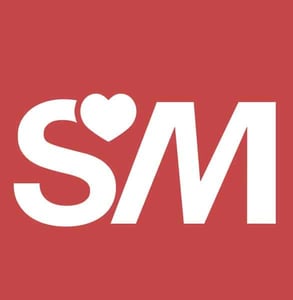 SeniorMatch is an effective online dating solution for singles in the U.S., Canada, the U.K, and other countries.

According to SeniorMatch’s internal statistics, the site has over 6,000 daily active members and fosters over 1.6 million monthly conversations.

Energized by this success, the team continually improves its services and devises new ways to match its members.

Recently, SeniorMatch brought its community into a real-world setting by hosting a senior summer camp via Rail Canada. The itinerary included a six-day train ride from Vancouver to Toronto. This eventful journey encouraged seniors to find adventurous travel companions and discover the romance of the railway.

As the SeniorMatch team said, “Travel is a fantastic and fun way to connect with people who might share the same interests.”

Whether it’s recommending compatible profiles or arranging senior-friendly meetups, the team does its best to give senior singles plenty of opportunities to get out there and enjoy their golden years alongside someone special.

When SeniorMatch launched in 2003, the flip phone was the most advanced technology available, and some dating sites were already trying to use Bluetooth to find dates in close proximity to one another. We’ve come a long way since then, and so has SeniorMatch.

In the last few years, SeniorMatch has adapted to the rapidly changing dating market by launching a companion dating app on Google Play and iTunes.

The app’s simple and intuitive interface appeals to seniors who aren’t digital natives and appreciate a little friendly assistance in the online dating scene.

The SeniorMatch app offers quick access to a world of dating possibilities.

The app has been a smash hit so far, seeing over 50,000 downloads and racking up hundreds of positive reviews. The app currently has 4.8 stars on Google Play and 4.7 stars in the App Store.

Google Play’s editors have frequently recognized SeniorMatch as one of the top apps for senior dating, and it ranks in the top charts for its niche categories.

As the brainchild of SuccessfulMatch, SeniorMatch is backed by years of expertise and a vast network of resources. The dating site has earned the trust of singles across the globe, and it is rapidly becoming a household name. Despite being on the market for years, the dating site and app continue to grow in membership month over month.

“We are very honored,” said a spokesperson for SeniorMatch. “SeniorMatch’s growth rate in the United States is accelerating, and its ranking is gradually rising.”

Since 2003, SeniorMatch has established a strong reputation in the dating industry. Over 1 million people have joined its membership base so far, and the site and app continue to see strong membership growth, particularly in the U.S.

SeniorMatch has been well-reviewed by SiteJabber, SeniorLiving.org, and DatingScout, among others, and the app currently ranks in Google for many senior dating-related search terms. SeniorMatch has become synonymous with senior online dating across the web, and its reputation has even caught the eye of celebrities in Hollywood. The site got a special shout-out in “Daddy’s Home 2” in 2017.

As a matchmaking platform, SeniorMatch’s success is undeniable. It has facilitated over 36,600 success stories since its launch, and many satisfied customers have shared their love stories on the site.

“We are dating and enjoying our moments together,” said a SeniorMatch member who found love on the site. “We will take our time and let it grow to the next level.”

SeniorMatch has some impressive statistics to back its services.

Some SeniorMatch couples say they started long-distance correspondences on the site, and it grew into something real over time. “The visit was a great success,” said a member who invited a date prospect to stay with him for New Year’s Eve. He had never met her in person before, but he felt she was a kindred spirit. “We have already booked a holiday together,” he said.

“Thank you for the help in finding someone special,” another heartfelt review reads. “Having a companion in life has changed my life completely.”

The SeniorMatch team is fueled by these success stories. Every day, the site receives thank-you notes and reviews that remind everyone how impactful the dating platform can be on individual daters and the larger dating scene.

SeniorMatch Ranks Among the Best in the Business

Loneliness is a pervasive problem among people of a certain age, but it doesn’t have to be that way. New technology has offered singles a doorway to a more vibrant and active social life — all they have to do is sign up and start reaching out. Senior-oriented dating sites, like SeniorMatch, can boost the self-esteem and overall well-being of seniors seeking companionship.

SeniorMatch invites its members to explore the online dating scene in a safe and friendly environment. The platform’s search and matching tools facilitate fast connections, and its private messaging system has fostered millions of flirtatious conversations.

Although SeniorMatch has been around for decades, it continues to expand its reach, update its services, and give seniors a reason to go out into the world.

As one SeniorMatch member said on the blog, “Enjoy online dating, but make sure to see if there’s a spark in person. Remember that the whole idea of online dating is that eventually you do actually leave your computer and meet people.”

If you’re an Android user, you’ll use one of these codes (once one of the codes is used, it can’t be used again):

If you’re an iOS user, you’ll use one of these codes (once one of the codes is used, it can’t be used again):

To apply the codes, download the SeniorMatch.com app in the Google Play Store or the App Store. On Android, you’ll tap “Menu” and then “Redeem.” On iOS, you’ll tap “Redeem” and then type in the promo code.