The Scoop: The world seems to be shrinking as more people travel for both business and pleasure today. This trend has also led people to look outside their home countries for romance. And as international dating has grown in popularity, so has ErisDating.com, a platform that connects singles from across the globe. ErisDating recently updated its features (including its video chat and translation tools) and optimized its app, simply called Eris, for users, so they can exchange messages from anywhere and even hear a potential match’s accent.

A recent study shows that more singles than ever are comfortable finding romantic partners internationally.

Researchers found that millennials are 10% more likely than respondents from other age groups to date someone who lives in another country or speaks a different language, and they’re willing to learn a new language as a way to connect with more love interests. In addition, respondents resoundingly affirmed that people with accents are attractive.

Even if they don’t speak the same language, singles can find international dates and partners on ErisDating.com. The platform is free and has made improvements to its interface, features, and mobile app (called Eris) to make connecting even easier.

ErisDating has improved both its online platform and mobile app for a better international dating experience.

Technology on the Android app and the website can translate while you’re chatting, so you don’t have to interrupt the conversation to find the right words to express yourself.

“International dating has become more popular over the last few years. We are an international dating platform that caters to the cultural and personal needs of our users,” said ErisDating Founder Mehmet Ali Kara. “When they wanted to communicate with people who spoke different languages, we improved the translation to our chat services. Now, users can chat in real time using our translator.”

That has positioned ErisDating as a valuable tool in bridging the language and cultural barriers between singles in different countries.

The key to making international dating work is to find an app or website that has members from all over the world who are also looking for love.

ErisDating has focused on boosting its user base by dramatically improving its Android app, which is simply called Eris. Mehmet said not only have more people taken part in online dating over the last few years, but they’re also increasingly choosing mobile devices over computers.

“We made many improvements to our Android app, and we’re getting more members from mobile devices rather than websites — as we did in the past,” he said. “Members are using mobile devices like smartphones and tablets more than ever.”

That makes sense as people — especially millennials — are traveling more each year. Not everyone has ready access to a computer day and night, but millions of singles are never far from their smartphones.

Singles can video chat with each other on the Eris mobile app.

In fact, one of the major improvements the Eris Dating team made this year was upgrading its translation software. The tool makes it simple to relate with anyone — even if you don’t speak the same language. That was one of many requests Mehmet said he had received from members.

Another request was to ensure that the app was safe and secure. Mehmet said any data in the system is strictly prohibited from outside use, and all privacy is respected.

“We receive feedback from our members every day,” he said. “We’re analyzing their needs and deciding on new projects. We have our content managers working on websites and updating our Android app so we can contact members in real time and collect information about their needs.”

Video Streaming and Other Features Cut Down On Scammers

One way to infuse security to a dating app is to figure out a way to weed out the scammers. With the influx of online dating apps and website, many dishonest users have created fake profiles to trick people out of their money. However, it’s hard to keep up the charade if your love interest requests a livestreaming video chat.

“Recently, we have added livestreams to our Eris Android app, and we’ve observed that members are really interested in it,” Mehmet said. “People love to watch videos and send gifts. It makes them feel like they’re having a conversation at a cafe and sharing ideas.”

ErisDating also plans to improve on its live chat in the future. Currently, only two members can video chat at the same time while others can write to them. The platform plans to increase the conference call capacity to 10 members soon. 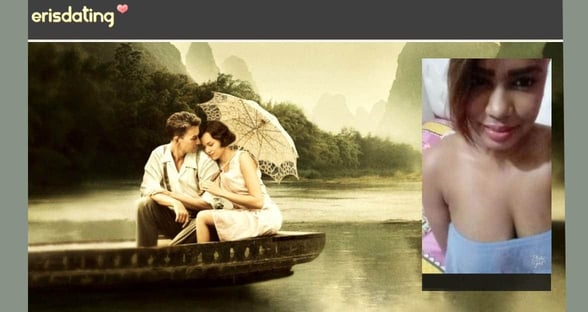 The live chat and video chat features have been well-received by users — who can also send web chat videos. It’s easier to get to know a person by seeing and hearing the way they express themselves. Some people come across poorly on text, and the written word can easily be taken out of context. When you see a person’s face, you can tell what they mean.

Plus, the app has another method to make sure the scammers stay away.

“Members have asked how to identify fake members or scammers, and we have developed a photo verification system,” he said. “So, suspected members should verify their photo using some special gestures. This feature has decreased the number of scammers in a short time.”

What Remains Constant on ErisDating: Free Signup and Members Can Meet People Worldwide

Perhaps the best thing about ErisDating is that it’s free to join and use. Users can search with filters that include gender, age range, and city or town. The improved notification services also ensure that singles never miss a message from a potential love interest.

They can also search specific geographic regions and even announce their travel plans to see who in that area might spark their interest.

“We give all the best services to our members at no cost. That is why we’ve seen such a steady rise in our membership numbers,” Mehmet said. “We have travel and meet features that aren’t common in the dating industry, and our members love it. They can travel to another country and meet the person they found on the site. That’s a big improvement in the market.”

In addition to creating a connected international dating scene — and an entertaining way to meet new friends — Eris Dating has also made communication easier. Even its text messaging feature includes what you’d expect from major platforms, including the ability to send GIFs, photos, and stickers. Users can also play with fun filters and even send gifts to one another.

“Voice and video messages are more important in meeting real people,” Mehmet said. “We already have voice and video calls, messages, and live streams in the app. And we are planning to continue improving on those services.”

Swanned is a Dating App for Expats

News in Slow Italian: Mastering a Language Together
See All News »
Movers & Shakers