The Muslim Marriage Solution™ Dating App Has Seen Over 100,000 Downloads in Its First Year

The Scoop: Muslim Marriage Solution has made headlines as a Muslim dating app focused on building genuine, long-term relationships. Over 100,000 people have downloaded the app on iOS and Android devices, and the global network is still growing. Since its launch in 2018, Muslim Marriage Solution has prioritized online safety, and its newly released video chat features will go a long way to ensure Muslim singles are meeting the genuine article — an authentic and excellent person.

In the Muslim world, marriage can be a duty. It’s not just about falling in love — it’s often about building a strong foundation for a family. Many Muslim men and women are honor-bound to find a partner who is pious and devoted.

The Quran teaches Muslims to look past beauty and wealth and marry someone on the merits of their faith.

“In Islam, marriages are not considered to be ‘made in heaven’ between ‘soul mates’ destined for each other,” said Ruqaiyyah Waris Maqsood in a BBC article. “They are social contracts, which bring rights and obligations to both parties, and can only be successful when these are mutually respected and cherished.”

Millions of Muslims enter the online dating scene with serious intentions, and they can find themselves bogged down by superficial and casual date prospects. General dating sites and apps sometimes don’t cater to the unique goals and values of the Muslim community, so niche services have sprung up to fill that gap.

In the last year, Muslim Marriage Solution has come into its own as a premier online dating app for Muslims around the world. The platform is designed to facilitate serious relationships, and the team is serious about delivering a high-value experience.

Muslim Marriage Solution focuses on compatibility, safety, and privacy when arranging matches between singles in the Muslim community. Its video chat features and smart match algorithms contribute to an overall positive online dating experience for Muslim men and women.

“Muslim Marriage Solution is aimed at single Muslims who are looking for marriage,” said a spokesperson for the dating app. “We would like to be known as a niche Muslim dating app where Muslims have a safe and secure platform to meet other Muslims.”

Making a Positive Impact on a Niche Audience

In 2018, Muslim Marriage Solution launched to give Muslim singles a dating resource they could trust. The app appeals to marriage-minded singles who are tired of wasting time on incompatible dates. Muslim Marriage Solution’s streamlined matching system offers a compatibility rating, so singles know where they stand and how they stack up with potential love interests.

Within its first year of operation, Muslim Marriage Solution gained a massive following of over 100,000 singles. These Muslim men and women hail from countries all over the world, but they all share a common drive and unifying faith.

“The last 12 months have been incredible for Muslim Marriage Solution,” the spokesperson said. “We continue to see the upward trends. We have a niche audience, and we are growing a significant user base.”

Muslim Marriage Solution is currently available for free on iOS and Android. 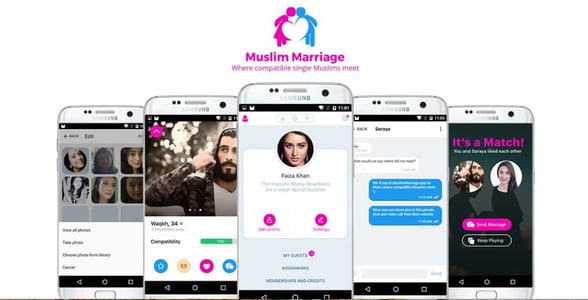 Many Muslims have found love thanks to Muslim Marriage Solution’s no-nonsense approach to dating.

The team has also released a web-based version of Muslim Marriage Solution, so users can access the date network on any browser.

“We believe the web-based application is the future,” the spokesperson told us. “We are the first Muslim dating app to launch a WPA version of the app.”

The Muslim Marriage Solution team intends to grow an international user base, and that means taking steps to ensure that Muslims in Europe, North America, and Asia can join and feel welcome. The team is working on translating the app into 13 languages to make it accessible to everyone.

“The Muslim Marriage app is a noble app to help single Muslims in the U.S., the U.K., and all over the world,” Khalid Khalid said in a review.

Muslim Marriage Solution has earned the trust of its users by making transparency and safety its top priorities. The app maintains a secure dating network where genuine individuals can create quality relationships. The app doesn’t take on just anybody.

According to the Terms of Use, “We are a private, membership-only club and will only accept applications to join from single, widowed, divorced, or separated adults of the Muslim religion.”

The platform is proactive about removing fake profiles and inactive accounts because the team doesn’t want its members to waste time on dead ends. That’s not productive for anybody. Muslim Marriage Solution empowers its members to help police the app by reporting and blocking unsavory characters online. 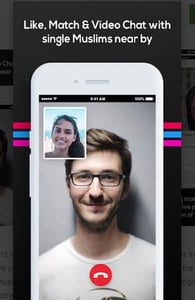 Though Muslim Marriage Solution doesn’t run any background checks on its users, the app does have some security checks in place to ensure people are who they say they are.

The newly released video chat feature, for instance, gives Muslim singles the chance to see their online crush in person without actually meeting in person. That minimizes the chances of being catfished by a date. Muslim Marriage Solution is among the few apps to pioneer real-time video technology and give online daters more chat options than standard messaging.

So far, Muslim Marriage Solution users seem to have embraced the video feature. Many people have reached out to the team to say it helps them know that they’re talking to a real person. They can then enter the relationship with more trust and confidence.

Looking to the future, the team intends to develop more verification tools to build trust among members and keep Muslims safe online.

“We aim to make the process of online dating more transparent and affordable for users,” said the spokesperson. “It shouldn’t cost a fortune to find love. Lots of apps want to have millions of users, but their focus should be on quality not quantity.”

Single Muslims who are experiencing difficulties in the general dating scene can look to Muslim Marriage Solution for answers. This niche dating app has taken it upon itself to bring more quality matches to the online dating field and create romantic opportunities for Muslim singles hoping to meet a marriage-ready date.

Since its launch, Muslim Marriage Solution has established itself as a trustworthy name in the Muslim dating world by making sure its values align with those of its users. As the dating app grows, single Muslims can expect more date options, more security measures, and more interactive features to come.

“We have made thousands of matches in the first year, and we’ve received a number of positive reviews from the single Muslims who found success on our dating app,” the spokesperson said.