The Scoop: Many dating site and app operators want to ensure the authenticity of the people signing up for their services because, unfortunately, a significant number of online daters have been catfished by scammers pretending to be someone they’re not. Dating platforms can help give users more peace of mind thanks to FindFace, a facial recognition software that can authenticate user photos and videos. Unlike similar software, FindFace can identify users in databases of thousands — or millions — of faces. With tools like FindFace, online daters can feel more confident that they’re talking to a real person, and dating site and app operators can provide a safer and more successful online dating experience.

By nature, dating sites are hopeful places where singles go to look for love, but those platforms can also cause some heartbreak. In 2020, one survey found that around 27% of dating site users in the U.K. fell prey to catfishing, a ploy where fraudsters pretend to be someone they’re not.

They often defraud users of money, and 21% of users surveyed noted that they had been asked for or had given money to someone they met online.

With so many online daters getting catfished, it can be challenging to stay vigilant, but facial recognition software from FindFace can help provide peace of mind. 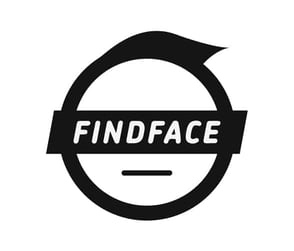 FindFace can help dating sites verify the authenticity of users to give their online community peace of mind.

FindFace is unique in the facial identification marketplace. Not only can it correctly identify users in massive databases, but it can also pinpoint users in videos — something many facial recognition tools fail to do.

When FindFace participated in the international MegaFace competition, it identified individual faces in a massive data set of more than 4 million photos. Other tools can’t effectively identify faces in sets that large.

“Many facial recognition vendors don’t tackle working with millions of images in a database. That’s how we do things differently in our company. We started thinking about innovations that were not possible before,” said FindFace International Business Director Eugenia Popova.

The company has also entered international competitions, including NIST, which asks facial recognition software to consider factors including age, race, and gender when identifying individuals.

“That is a golden benchmark in the industry,” Eugenia said.

Participating in these competitions has helped FindFace refine its technology so that it’s useful in many different areas, including banking, gambling, retail, and online dating.

Confirming That Member Photos are Authentic

For the past five years, FindFace engineers have been updating the technology to search across large databases and even in video streams. These technologies have made FindFace more scalable than similar technologies and has enhanced its usefulness for dating sites with thousands — or even millions — of users.

When FindFace verifies someone, other users can be sure that that person is authentic. The verification process ensures that a user is a real person, but also that he or she is the person they claim to be.

The technology also helps people maintain and verify their own identities, preventing fraudulent use of their images.

“There are many goals that can be achieved using facial recognition, including keeping a database as clean and current as possible. Our technology accomplishes that task quickly and accurately,” Eugenia said.

FindFace can prevent some of the less sinister fibbing that might take place on dating platforms. Specifically, the software can determine whether someone is the age they purport.

“There are specific applications where facial recognition can help. For instance, it can help prevent underage users from seeing restricted content. For this type of task, we can also do age recognition, where we can affirm a person’s age,” Eugenia said.

Dating sites also have opportunities to deploy FindFace in their searches. For instance, the software can help users find people who look like certain celebrities or have specific facial features. If users let the software know what look they prefer, it can find others with similar looks.

Authenticating user photos has always been an important security factor. Now it has become equally important to identify users in videos. That’s because deepfake videos can use photos to create videos of situations that never happened.

Similarly, a video posted on a dating platform can signal false credibility. Eugenia suggests that identifying deepfakes and other altered videos is becoming increasingly important. So, FindFace has been working on the technology.

“We produce a technology that identifies video that is not real, and produced with deepfake technology. We have been one of the top performers in competitions on emotion recognition, deepfake recognition, and activity recognition,” Eugenia said.

The FindFace algorithm can detect individuals in a large group, no matter which way they are facing.

Specifically, FindFace can tell if a video depicts a live person or not. When analyzing a video, the software breaks down the video into individual frames. From there, its algorithm analyzes the faces in the video, regardless of how many people are in the frame.

It can also identify a person no matter what direction they are facing or how much light is in the frame. So, if a person has taken a full-face shot in a photograph, the algorithm can still identify that person even if he or she is in profile on a dimly-lit street. That’s because each person has a unique biometric face pattern.

“A biometric face pattern is a certain sequence of numbers formed by a neural network as a result of the initial image transformation and applied for comparison with other patterns,” according to the FindFace website.

Further, the software can handle an unlimited number of cameras on a platform, a useful tool for dating platforms.

FindFace has already found a niche with dating platforms that need to verify users quickly and accurately. While some platforms may employ people to verify, approve, or deny users, the software is more efficient and accurate than any human.

“Dating sites can save money on user verifications. I can’t imagine how much they would spend if each photo had to be examined by a person. It’s also more precise than any human, and less error-prone,” said Eugenia.

What’s more, if a user has been banned from a dating platform because they’ve behaved outside the platform’s code of ethics, they can’t just change their appearance and go undetected by FindFace. Instead, the algorithm can detect someone’s biometric features even if they’re wearing glasses or have facial hair. Dating sites and users can be sure that when users are banned, they stay out.

Inevitably, everyone is likely to face more challenges over the next few years to maintain their digital identities. With well-developed technologies, scammers are becoming more sophisticated in developing realistic photos and videos.

Eugenia and the FindFace team are already prepared for these developments.

“We will use a lot of digital means to protect our online identities, and facial recognition is the most useful one because we have to avoid fake accounts. This technology will become just a natural part of life,” she said.