The Scoop: Many vegans and vegetarians looking for dates understand how hard it can be to find someone with similar dietary needs. Potential partners on many dating sites don’t always share the same values or lifestyles, which can make it challenging to create strong relationships. That’s why Veggly helps vegans and vegetarians find compatible people from all over the world. With nearly 200,000 successful Veg-Matches since its launch in 2018, Veggly has become a popular place for non meat eaters to bond.

According to a study published in the Vegetarian Times, the U.S. is home to around 7.3 million vegetarians — defined as people who do not eat meat, and sometimes other animal products, especially for moral, religious, or health reasons. Of those, about 1 million people are vegans, which means they do not eat or use animal products, including eggs, milk, and honey.

Vegetarians may decide on their lifestyles for many reasons, including personal health or environmental concerns. But, most often, their values rest in a love of animals and a belief that all lives are precious. Ask a vegan about the treatment of animals in large factory farms, and you may get an in-depth education. 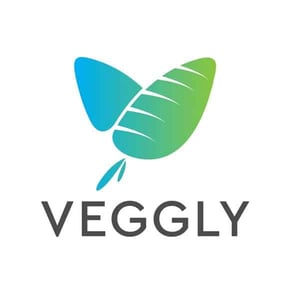 These passionate values can make dating tricky since many vegetarians and vegans aren’t usually interested in dating someone who doesn’t understand their convictions or lifestyle. That’s why many people turn to Veggly, a dating site that connects vegans and vegetarians with other people who think and eat like they do.

Many people look for someone they can relate to on a deeper level, not just when it comes to picking a restaurant for dinner. But starting with an understanding and respect of each other’s values can go a long way to ensuring a successful match.

That can be especially true for vegans, who may be particular about the type of people they date. Many of them trust Veggly, which is why it has become a top destination for vegan daters.

“We’re the number one dating app for vegans,” said Alex Felipelli, Founder of Veggly. “If someone wants to join a vegan dating app or site, they usually come to us. We’re very happy with that because we want to help vegans and vegetarians find friends and dates.”

Three years ago, Alex, a computer engineer, was newly divorced and found himself back on the dating scene. As a vegan, he discovered how difficult it was to find someone he was interested in who shared his beliefs and habits.

“It was really hard for me to date people who weren’t vegans and didn’t share the same values,” he said. “I had been thinking about creating something for a while, to innovate. I talked to some friends who were also vegans and vegetarians, and they liked the idea.”

He decided to quit his job and start developing a dating app specifically for vegans and vegetarians to find like-minded singles to connect with — either romantically or simply as friends.

“We have several stories of people who become good friends through Veggly,” Alex said.

The app is available for download on both iOS and Android, and the platform is also available in a web version. It’s free to sign up, create a profile, search for interesting people, and connect over chat.

Its matching algorithm is transparent: Instead of creating a computerized system that decides who you should see when searching for love or friendship, Veggly creates opportunities based on location. The platform emphasizes user proximity and interests to find matches fitting their criteria.

The next step may simply be agreeing on the vegetarian-friendly restaurant to have your first meeting.

Connecting People of All Orientations and Gender Identities

While Veggly members may all be vegan, vegetarian, or “in transition” to animal-free diets and lifestyles, they are still a diverse group.

Veggly’s largest user base is located in the United States, followed by the United Kingdom, Germany, and Australia. The platform has slightly more women (53%) than men (47%). That differentiates it from most dating apps, where the majority of the users are men. 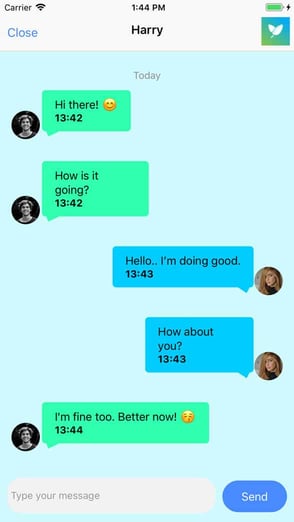 Veggly users can keep up with each other through the app’s integrated chat feature.

Veggly is also open to people of all genders and sexual orientations. The majority of users (78%) identify as heterosexual, while 13.7% identify as bisexual, and 8.1% identify as gay or lesbian.

Recently, the app also launched a version that includes broader terminology to allow users to define their gender identity and gender expression. That makes it a welcoming place for anyone who cares deeply about animals and is open to meeting like-minded individuals.

“We have a mission to help people find someone who shares the same values, and that makes relationships a lot easier,” Alex said. “It’s not the only characteristic for a person, but it helps a lot, to begin with.”

After they’ve signed up with either Facebook information or their verified email address, users can create a profile and upload up to nine pictures and start browsing other profiles. When someone they like responds, they can start chatting immediately for free.

Users can also purchase a premium membership or tokens that unlock other options, including “super likes” and the ability to see who likes their profile before they get a “Veg-Match.”

Users say Veggly is a much friendlier platform than other dating sites and apps. And its developers are working to launch a new service to help users search for platonic friendships through the app.

“We’ve seen a lot of people use Veggly for finding friends. It’s not always for dates,” Alex said. “We wanted to keep it a little more similar to a social network. You can still hide or delete or block someone who you don’t want to see.”

As with a social network, users can also see who is online or close by, so they can make plans with someone as friends. When people first decide to go vegan or vegetarian, they may not know a lot of people who share their values. But they can use Veggly to find friends and get support in your journeys.

Alex said the site is working to create a video chat capability within the app to offer a means of communicating during this era of social distancing. That way, people can date even during the COVID-19 pandemic and get to know someone before meeting up in person.

“We are working on creating video calls and building that into the app. It will allow users to see each other virtually and get to know them better before they arrange a meeting,” he said. “And we want to make it almost perfect as a dating app, and then, in the future, become a vegan social network where everyone comes together to chat.”

In the meantime, the team focuses on growing the app and gaining popularity, so even more vegans and vegetarians can find love.