The Scoop: Since 2003, Plenty of Fish (POF) has been a leader in the online dating industry, and the team prides itself on understanding the challenges of the modern dating world. In 2019, POF surveyed over 2,000 singles to find out where their hearts and heads were at and what the dating app could do to better meet their needs. The survey offered insights into how singles cope with a high-pressured dating environment, and POF found that being authentic could be the greatest dating strategy of all.

A few months ago, I was utterly done with dating. I wanted to throw all my dating profiles into the virtual trash and leave my matches and messages to collect dust. I felt fed up due to a series of bad dates (Who takes a phone call on a first date? Rude people, that’s who!), and I was prepared to step back from the dating scene to recover.

However, before I took a break and closed my accounts, I decided to follow through on one last conversation and go on a last first date. A week later, I actually did close my accounts, but it wasn’t in defeat. I deleted my dating profiles because I’d met the person I’d been looking for online, and I suddenly found myself in a committed relationship. 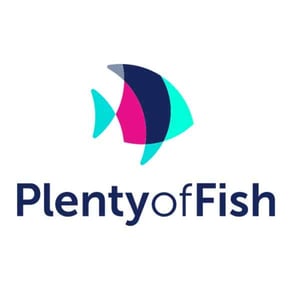 Plenty of Fish is a free dating site and app with over 150 million members.

Online dating gives singles endless opportunities to start again and meet someone new, and that can be both exciting and exhausting. After a disappointing experience, some singles need to get off the swiping carousel and reassess what they want and how they’re going to get it.

Popular dating app Plenty of Fish found that two-thirds of singles take regular breaks from dating apps to take care of themselves and heal. The Pressure Points Study of 2019 explored the challenges, expectations, and desires of modern daters, and it offered great insights into how singles feel about the modern dating experience.

“Dating can be time-consuming and psychologically challenging,” said board-certified clinical psychologist and author Dr. Cortney S. Warren. “The desire to take a break from dating is likely influenced by the pressures people experience when looking for a partner.”

The Plenty of Fish team surveyed over 2,000 American singles and summarized what it learned in a press release. The Pressure Points Study found that modern daters feel the need to make themselves seem more interesting, fun, and sexy when setting up dating profiles and meeting potential dates.

Over half of the survey respondents said they embellish their hobbies and interests to attract dates. They may say they love to paint, even if they haven’t touched a paintbrush in years, or they could say they enjoy biking on weekends when they really prefer watching Netflix at home. These fibs may seem harmless, but they could lead singles to some incompatible matches.

Looks also play a role in the online flirtation. About 45% of respondents said they feel pressure to embellish their looks. Women were particularly concerned about how they look with 52% saying they build up their appearance, and only 41% of men saying the same.

POF keeps up with dating trends and offers solutions for modern singles.

Many singles in the POF survey said they frequently second-guess themselves throughout the dating process. They told POF they worry about how to know someone is interested (30%), if a date will like who they really are (20%), and how to make the first move (11%). Some of the biggest dating stressors included writing a message, creating a good bio, and standing out from the competition.

Fortunately, the POF blog The Latest Catch can answer all these questions and more. Dating professionals teach singles how to send dynamic messages that elicit responses and make a dating profile that’ll stand out. The POF blog also emphasizes the importance of proper self-care and putting one’s emotional needs first.

According to the POF team, “In advance of the Pressure Points research, we conducted hundreds of interview sessions with Plenty of Fish users that reinforced the company’s low-pressure and less prescriptive position in the dating app world.”

In addition to dating pressures, the POF survey asked singles for their thoughts on dating photos with filters and shed light on how these too-good-to-be-true images can be a major turn-off. Around 70% of singles said they find face filters to be deceptive, and 52% agreed that photo filters should be banned from dating apps.

Face filters were particularly unpopular. Singles said these photos made people seem “insecure” or “superficial.” According to the survey, the least favorable face filters were dog ears, bunny ears, and fake glasses. 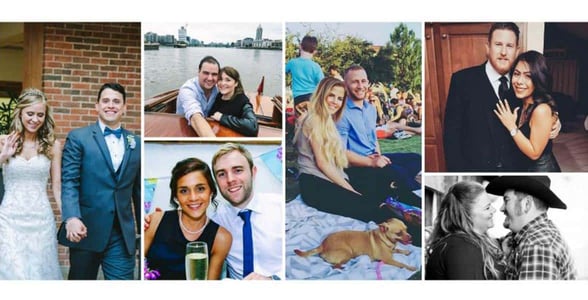 Plenty of Fish adds more than 65,000 new users to its dating network every day.

Of course, photos aren’t everything in the online dating scene. Overall, 65% of singles said they’d rather see more written information than photos on a profile.

Plenty of Fish didn’t just study its users’ attitudes for fun — the team was looking for actionable insights to improve the dating app’s ecosystem, and it has already taken steps to uphold the values and desires singles expressed in the survey.

As we speak, POF is reviewing the 70 million images uploaded by users and removing any that have filters. This photo audit should be completed by the end of 2019.

Despite Embellishments, 84% of Singles Desire Authenticity

The POF study didn’t just talk about what singles don’t like. It also asked them to identify some things they like to see in a dating profile or potential partner. According to the survey, attracting a date can be as easy as just being real. Authenticity was by far the most desirable trait someone can exhibit.

About 84% of singles said they would like to see more authenticity on dating apps and on in-person dates. A majority of singles (52%) agreed that their dates should just relax and be themselves. This trend toward realness can impact how singles set up their profiles and respond to matches, and the POF team is interested in exploring people’s feelings about that.

In September 2019, Plenty of Fish partnered with two of Bachelor Nation’s favorite newlyweds Ashley Iaconetti and Jared Haibon to produce a YouTube episode called “Dine and Dish” where they hoped to get some honest answers about what daters look for in a partner. The couple sat down with POF users to discuss face filters, opening lines, and dating profiles over dinner.

“My approach is that authentic side,” a single man named Shaun said. “What I look for in someone else’s profile is something punny or witty.”

This Dine & Dish episode caught the attention of thousands of singles and started a debate over how to attract a date online. At one point, the POF members ganged up against people who just say “hey there” or “what’s up” as a first message and agreed that was one of the worst ways to break the ice. No surprises there.

As the POF users shared their different dating strategies, online frustrations, and first date successes, it became clear that everyone may have different styles and mindsets, but they’re all looking for the same thing at the end of the day. They’re on Plenty of Fish to find something real — but they may have to encounter a few “sups” along the way.

“It’s nice to talk about dating when you don’t have to date,” Ashley said after the night was over.

My romantic fortunes changed overnight, and I’m so glad I didn’t give up on it too soon. Singles can sometimes face frustrations on dating sites or apps, and it’s up to leaders in the industry, like Plenty of Fish, to offer guidance, provide inspiration, and create opportunities for all the romantics out there hoping to find someone.

The POF study revealed that many modern daters are hankering for a genuine person in a sea of trumped up profiles. It may be easy to fake it online and adopt a filtered persona, but that’s not going to tempt singles as much as just being yourself.

Plenty of Fish can give singles the chance to build more authentic connections by filling in an in-depth dating profile, uploading photos without filters, and sending unlimited messages for free.

As Dr. Cortney Warren observed in the Pressure Points Study, “Singles today are craving greater transparency in dating, with the large majority of singles wanting honest, straight-forward information both from potential partners, as well as in their own self-presentation.”