The Scoop: Since 2001, Ashley Madison has earned a reputation as a preeminent online dating solution for affair seekers worldwide. The dating site empowers its users to explore their options, pursue their fantasies, and figure out what they want from their relationships. To date, 54 million users have relied on Ashley Madison to find an affair partner, and its internal questionnaires can lend insight into why men and women cheat.

Kristin joined Ashley Madison in search of an escape from married life, and she found a discreet, nonjudgmental community to call her own. The more she chatted and flirted, the more she realized her true nature as a polyamorous dater. She said she has dated 15 men so far, and she’s still happily married.

“I just don’t think I’m the kind of person to be with just one person,” Kristin said in a Business Insider interview. “I miss having multiple people. Some people are naturally polyamorous, and I didn’t realize I was until it was too late.” 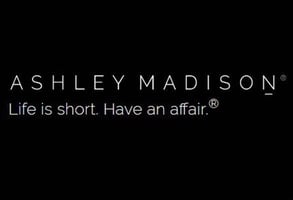 Since 2001, Ashley Madison has supported a discreet dating community where people seek affairs.

Many Ashley Madison users find themselves in the same boat as Kristin. They’re married or in a committed relationship, but they want more excitement, intimacy, or straight-up sex. They turn to Ashley Madison to discover what else is out there without ending their marriages.

Ashley Madison currently has 54 million dating profiles in 50 countries, and it has collected some surprising statistics on what its members think, feel, and desire as they consider having an affair.

1. The Affair Site is Most Popular in Seattle & Denver

In 2017, Ashley Madison assessed new registrations by location and put together a list of the 20 cities with the highest number of Ashley Madison users per capita. Seattle and Denver came in first and second, respectively, on the list.

Texas cities appeared multiple times on the list. Dallas, San Jose, Houston, and Austin made it into the top 10, while San Antonio was 17th and Fort Worth was 19th on the list. 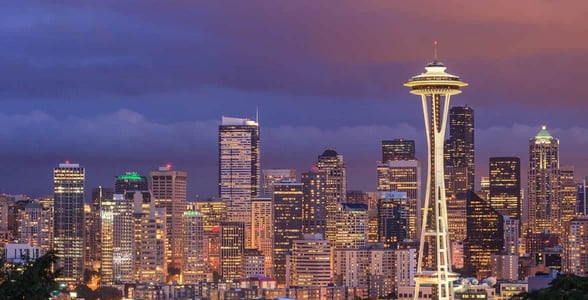 According to internal data, Ashley Madison is most popular among Seattle residents.

From Philadelphia to Los Angeles, Ashley Madison’s user base has strongholds across the U.S. According to the site’s internal data, some of the biggest cities in the country also have the highest concentration of affair seekers. Couples in the city can be surrounded by more opportunities to meet someone new, so naturally it can be harder to resist that temptation to see what else it out there.

“We know that these women are coming to our site because we provide a discreet platform for like-minded adults to connect and potentially meet,” Ashley Madison Chief Strategy Officer Paul Keable said.

2. About 29% of Daters Say a Dating Profile is Cheating

Cheating means different things to different people. Some individuals draw the line at physical actions (kissing, groping, or having sex), while others go further and censure the emotional cheating of fantasizing about someone else or staying close to an ex. Couples make their own rules and set boundaries based on how secure they feel in the relationship.

Ashley Madison’s users defined cheating in a variety of ways. Only 13% felt fantasizing about someone else counted as cheating, and just 16% said keeping in touch with an ex was cheating. Ashley Madison’s user base is understandably open-minded when it comes to straying from a relationship, and here are some more fun facts about the dating site:

Ashley Madison is an extramarital dating site with over 54 million profiles in its private database, and it is full of temptation. The site and app offer a judgment-free zone where married people can consider their options and chat with singles who are willing to get together on the down-low.

In the same survey, 29% of Ashley Madison users said maintaining an online dating profile would be cheating, and 46% agreed sending naked pictures to someone else would be crossing the line.

There can be a blurry area between “I’m thinking about cheating” and “I am cheating,” and most Ashley Madison users seem to cut themselves some slack as they use their profile to pursue fantasies of infidelity.

3. Nearly Half of Members Identify as Republicans

If you’d asked me to guess which political party had the largest percentage of users on Ashley Madison, I probably wouldn’t have said Republicans because conservatives are often known for their family values and defense of marriage. But, apparently, some Republicans take on an alter ego behind closed doors and use Ashley Madison as a safe haven for their forbidden fantasies. 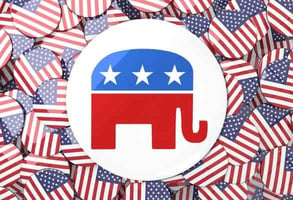 Republicans have the chance to live their fantasies on Ashley Madison.

A survey found that 49% of Ashley Madison members associated with the Republican party. This is the largest political block on the site.

4. Over 60% of Members are Looking for Exciting Sex Lives

Sex is a primary motivator for people signing up on Ashley Madison. In a survey of 2,000 users, 61% said they joined the affairs site to find sex, and 76% said having an affair enables them to meet their sexual needs.

Approximately 10% of fathers-to-be cheat on their pregnant wives because they said they aren’t having much (if any) sex, and that sexual frustration can lead to infidelity.

Men on the site seem much more likely to take the plunge and actually solicit an affair — 44% of men on Ashley Madison said they have had an affair, while just 39% of women said the same.

Ashley Madison’s dating experts identified a difference in sexual needs, a sexless marriage, and a loveless relationship as central reasons to cheat. But they also noted that sometimes cheating comes from a deep-seated emotional need.

Ashley Madison recently surveyed more than 1,400 members and asked what time of year they wanted to have affairs. Over 25% said autumn was the best time to cheat, while 30% said winter would be ideal for their schedules. 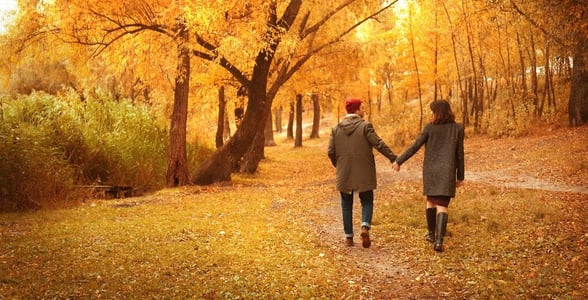 Over half of daters said they would prefer to cheat in the autumn or winter.

Ashley Madison signups naturally spike during these months as people look ahead to the approaching autumn and winter season and realize they need a cuddle buddy. This is known as Cuffing Season — a time of year when couples stay indoors and singles desperately search for a partner to weather the cold with them.

6. Many Affair Seekers Don’t Want to Leave Their Partners

As we’ve discussed throughout this article, people cheat for a variety of personal reasons. Some are in toxic marriages and looking for an exit strategy, while others are happy with their marriages but want something extra on the side.

Ashley Madison surveyed 2,018 members on the site and found that 54% were interested in short-term affairs and had no intentions of leaving their long-term relationships. About half of respondents agreed with the statement, “They cheat rather than leave their spouses because they love their partners but are looking for more sexual fulfillment.”

The survey respondents also said having an affair makes them feel alive again. It’s not all about sex, either. Around 42% of Ashley Madison said they were also seeking friendship and affection in these casual relationships.

7. The Site’s Membership is Growing Year Over Year

Ashely Madison sees over 20,000 signups a day. Tons of people out there are looking to give into temptation and have an affair. They may not have an opportunity to pursue their desires in real life, so they depend on Ashley Madison to show them the way — and keep their secrets. 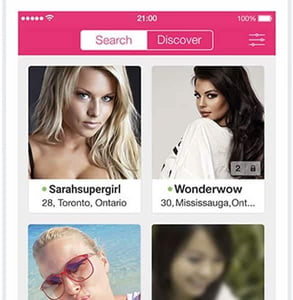 Even though Ashley Madison is designed to stay under the radar, the dating site has made headlines as a fast-growing and discreet platform for anyone interested in extramarital affairs. In 2018, the AskMen blog reported that Ashley Madison saw a 20% spike in new registrations in the U.S. and in the U.K.

The site attributed this growth to online dating’s rising popularity among married individuals. The anonymous space can help them scope out the modern dating scene and explore new avenues for romance.

Ashley Madison currently facilitates 40,000 affairs a day and has played an undeniably important role in the dating scene — and it’s still growing. Every year, Ashley Madison increases its following expands its influence around the world.

Ashley Madison is a Global Leader in Affairs

Kristin joined Ashley Madison in search of a fling, but she ended up finding herself and discovering her polyamorous nature. Since the beginning, this leading dating site has facilitated sexual expression and dared its users to make their own rules. Today, it’s among the top affair platforms available to singles and couples considering their options.

At the end of the day, men and women cheat on their partners for many different reasons, and Ashley Madison welcomes everyone without judgment.

“Over time, sexual energy changes in a relationship, and what was once hot and heavy has now become boring, bland, and unfulfilling,” Ashley Madison’s experts said. “Looking for new energy, a fix, outside of the relationship is not that uncommon. We may need to explore who we are, to challenge ourselves, and to please ourselves in a new and unknown relationship.”