The Scoop: Sometimes a relationship grows stale, and even the most committed partners can long for an escape or a hint of more excitement in their lives. When love is in short supply, FindNewPassion can offer a second chance at romance. This discreet dating site caters to people who are married or in a relationship and desire a short-term or long-term affair. Instead of sweeping the desire for extramarital relationships under the rug, FindNewPassion addresses this growing niche in the online dating scene and encourages the honest exploration of one’s passions in a safe environment.

One of my closest friends got married at age 19 and regretted it by age 25. She was miserable in her marriage and sought comfort in a friend from high school. They realized they had feelings for one another, and she broke up a 10-year relationship to be with him. They’re now happily married and expecting a child.

My friend’s discontentment with marriage evaporated once she found the right partner. That just goes to show that the person you’re with may not be the person you end up with, and even loving partners can have a change of heart when they meet someone special and feel a spark.

Individuals questioning their commitment to a relationship can log into FindNewPassion.com to see if anyone catches their eye. This married dating site fosters a flirtatious and thrilling atmosphere where individuals can be honest about their needs and desires.

FindNewPassion.com offers a free space to find a new friendship or love affair.

A married woman created FindNewPassion to give other married folks a window into another life. If they like what they see, they can dive in and ask someone out on a date. Or, sometimes individuals realize they aren’t ready to go beyond chatting and return to their relationships feeling more satisfied with the love they have. All in all, FindNewPassion’s stated mission is to make its users shake up their routines and feel alive again.

Whether members are rethinking their relationships or just looking for a little fun on the side, Find New Passion provides a secure dating environment where everyone knows the score.

“I think we have all wanted to enjoy a married dating life and extra-marital affairs at one time or another,” said Hanna Brulska, Marketing Manager for FindNewPassion. “FindNewPassion is a sophisticated married dating service that facilitates these extra-marital relationships for married, involved, and single people who are looking for a little excitement and a lot of spark.”

In 2008, FindNewPassion set out to change the traditional way of looking at extramarital affairs as fleeting and meaningless transgressions. The site’s founder realized that most extramarital dating sites were actually hookup sites where married men ran rampant and pursued carnal pleasures in a fast-paced environment.

“When the founder realized that there was no site she could see herself using personally, she decided it was time to build one herself,” Hanna explained. “That is how FindNewPassion was born — created by a married woman for married women who want something more.” 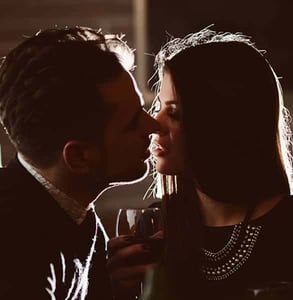 FindNewPassion caters to both married men and married women and offers a relationship-driven dating environment to find fun, excitement, and connection. It’s a place to test the waters and take things slowly. Individuals in a relationship can go at their own pace and stay in their comfort zones as they browse for dates and chat with people.

“Today, FindNewPassion’s mission remains the same: to have a high quality safe site which we would want to use ourselves,” Hanna said.

A majority of FindNewPassion members hail from the US, but the site also reaches English-speaking countries around the world, including the UK, Canada, and Australia. Hanna described the typical member as someone who has had great success in most areas of life but is still just a touch dissatisfied in the relationship department. While an overwhelming majority of users describe themselves as either married or in a relationship, some say they are single and interested in engaging in an affair.

FindNewPassion respects the wishes of its members and gives them the freedom to explore the dating scene and make their own decisions about what’s right for them.

“Our first obligation is to our members, building a safe and secure environment for cultivating some fun and some meaningful relationships.” Hanna said. “All our members are real people looking for a little something that is currently missing in their lives.”

FindNewPassion members have often thought long and hard about what they want, and they’ve decided to look into an affair because they want to feel the butterflies, the thrill, and the fulfillment of a loving relationship. It’s not just about hooking up. It’s about reaching toward a better life with the right partner.

These members, for obvious reasons, often highly value discretion, and FindNewPassion goes to great lengths to ensure users can anonymously browse for dates and explore their options. “Your privacy is our utmost concern, and our service is unmatched in the dating industry,” Hanna said. “We have no tolerance for scammers or any scamming activity.” 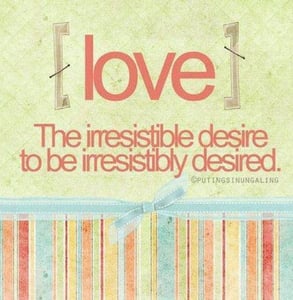 FindNewPassion inspires its members to look at their relationships with new eyes.

FindNewPassion’s Anti-Scam Policy states that anyone representing themselves dishonestly or threatening the safety of users will be removed from the site. Not only does the team take reactive measures to block and ban members, it also actively vets and verifies incoming members.

The dating site recently introduced a feature to verify the identities of new users and give everyone online the assurance that they’re talking to a real person.

“We carefully review and approve the profiles and photos posted on our site to ensure they are legitimate and fit to view,” Hanna explained. “We do not accept or display nude, pornographic photos or profane profiles.”

In addition to its safety features, FindNewPassion boasts having unlimited free communication on the website. That means nothing stands between members and a new romantic connection. Members can send email messages or initiate live chats on the site. Members can also choose to upgrade their profiles for a low membership fee.

It’s free to join and it’s free to leave FindNewPassion. The dating site will remove any profile once the request for removal is sent. That means there will be no lingering trail linking married individuals to the extramarital dating site. From start to finish, FindNewPassion looks after its members and helps them explore the online dating terrain without risking their current relationships.

“We are the most cost-effective online international dating solution for the married dating niche,” Hanna said. “We offer the most advanced technology available in online dating today and bring our members a high-class service with a plethora of like-minded people. That makes our price-to-value ratio the best in the industry.”

FindNewPassion’s team is close-knit group of talented and ambitious individuals. Under the leadership of the original founder, the team stands behind the dating site’s mission and promise to deliver high-quality and privacy-conscious services. “We all come to work every day because we want to help members find passion in their lives,” Hanna said. “We strive to build a world-class team of professionals that come together under one roof — with a clear philosophy and work ethic.”

The technical support team offers round-the-clock customer service to support members on their journey to romance and love. FindNewPassion boasts a 99% uptime thanks to the commitment and dedication of its team. 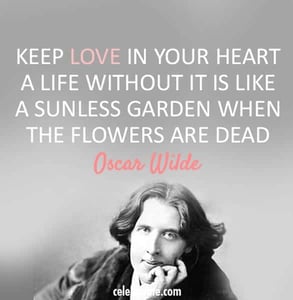 When married individuals feel run down, they turn to FindNewPassion for a quick pick-me-up.

All in all, this highly capable and flexible team has driven the dating site to success in the last 10 years. You can see the impact of the married dating network in its growing list of testimonials.

“I’m in love again!” gushed a user named Cleo. “I can’t stop smiling. I tingle all over, and I can’t wait for him to call. Thanks for giving me back my joy of living.”

“Unlike just about all the other similar dating sites, I believe this one might actually be real,” said a FNP member named Jack. “I really wish this site success as it seems to be run by real people.”

FindNewPassion distinguishes itself from its competition by being geared toward relationships, not sex. “This is not a sex site,” Hanna said. “We don’t allow photos that are too explicit. Members’ photos are a little sexy, a little secretive, and a whole lot of risqué without being vulgar.”

Many users appreciate the ability to browse for a date without being flashed by a stranger. “Finally! You can see a person’s face first!” said Tamara in a testimonial.

“I want to thank the site because I believe I have found my true love right here,” said Ranger in a testimonial. “I didn’t know I would when I joined up…But lo and behold, it happened.”

The FindNewPassion team is thrilled to have so many kind testimonials sent by folks from all walks of life. Their goal is to bring more passion and love into the world, and Hanna said it’s gratifying to see their hard work pay off.

My friend made a brave choice in leaving her first marriage and committing to the man who could give her the life she wanted. She knew it would be hard, but she also knew it was the right thing to do in the long run.

Sometimes an extramarital affair can jolt people out of their unhappiness and help them get clarity on what they want. It’s a grey area that can be tricky to navigate alone, but, fortunately, people feeling uncertain about their relationship have many resources to help and advise them.

FindNewPassion is an international dating agency on a mission to provide a premier service to married men and women of the world. The team focuses on satisfying its members’ desires, whatever they may be, in a secure environment. The platform’s free communication tools allow people to explore their options and seek a special relationship on the down low.

“Our goal is to grow by assuring our future members that this site provides a discreet, safe, and classy environment,” Hanna said. “We are proud to serve you in your quest for your extramarital romance.”