The Scoop: Since 2016, BestHookupApps.net (BHA) has established itself as an authority on hookup culture in the online dating scene. This reviews site employs savvy online journalists who rank the best apps for casual daters and deliver information about the app’s costs, membership, and effectiveness. BHA has grown tremendously in the last year and has expanded its resources to suit sexually active singles everywhere.

Sex is a natural part of life, and some singles enjoy hooking up and having as many sexual experiences as possible. In a recent survey, 73% of adults (aged 25 to 44) reported having one sex partner within the last year, and 14% of men and 6% of women said they had sex with multiple people.

On average, singles have sex with less frequency than couples, but that doesn’t always have to be the case. Sexually active daters can up their game by downloading a popular dating app and swiping for local matches.

The online dating scene is full of opportunities to meet new people and hook up. However, it can also be fraught with fake profiles and disingenuous connections. Singles have to know where to go to stay safe and have a good experience.

BestHookupApps.net strives to eliminate confusion in the casual dating scene.

BestHookupApps.net (BHA) can help with that. This reviews site focuses on bringing clarity to the hookup scene by answering common questions regarding well-known hookup apps and sites.

BHA prides itself on being a no-BS zone where singles can get informed and then get busy. Reviewers assess the most popular dating apps, including Pure, Grindr, and Happn, so singles know what they’re getting into before they sign up. As you can undoubtedly tell from its name, BestHookupApps.net is all about supporting hookup culture and giving singles the resources they need to enjoy no-strings-attached sex.

“We noticed that people were looking for more niche-focused dating sites and apps and turning back from mainstream options,” said a spokesperson for BestHookupApps.net. “We adapted to users’ needs by publishing more content based on what they were looking for in online dating.”

BestHookupApps.net launched in 2016 to highlight the best dating apps and sites for sexy singles. It started as a simple concept, but the site has rapidly expanded to inform and advise singles. Singles can now peruse in-depth reviews as well as how-to blog posts about the best Tinder pickup lines and bios.

A spokesperson for BHA told us that 2018 was the site’s best year yet. Not only did the site increase its traffic and audience, but it also received far more positive feedback than it has in the past. 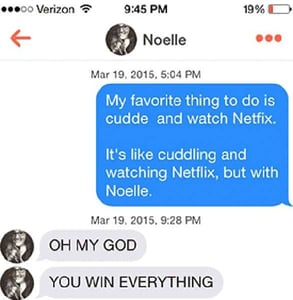 “We’ve learned a lot more about the industry,” the spokesperson said. “Our content material has seriously evolved over time, and we are continuing this fashion to this day.”

BestHookupApps.net has done its homework in the online dating scene and set benchmarks for what makes a hookup site a good resource for modern singles. For instance, the reviews site has excluded dating platforms that have a history of refusing to give refunds upon request.

The site has a responsibility to its users to showcase the most reliable and trustworthy hookup apps and sites, and the team takes that very seriously.

When putting its reviews together, the team takes into account the platform’s popularity, features, pricing, and community to judge if it can help singles hook up — or not. BestHookupApp.net’s “What’s Good” and “What Sucks” sections break down the pros and cons of hookup apps, and the team is working on expanding its in-depth reviews.

On every page of the site, BHA offers helpful dating resources for singles of all ages and orientations, and the savvy reviewers only give their endorsement to well-reputed platforms that have proven features and active members.

BestHookupApps.net sets high standards for online service providers, and it leads by example. Although BHA does collect analytical data from its users, the site states in its privacy policy that it does not sell, trade, or transfer personally identifiable information to any third-party companies.

On a Mission to Foster a Healthier Dating Ecosystem

In the last few years, BestHookupApps.net has held hookup apps accountable for delivering quality services for customers. Its power rankings promote the best and the brightest in the industry, and such informative content can empower singles to take action and get what they want.

The team has already seen many positive changes in the online dating scene. The reviewers point out that there is less stigma against hooking up with someone you met online, and dating platforms have gotten better at removing fake profiles and bots, so genuine singles can have a rewarding experience.

“BHA recommends hookup apps and sites based on what a person is looking for,” the site’s spokesperson said. “Hence, BHA will continue to have significant impact in people’s decision-making process.”

“Dating apps are not hookup apps because they are not designed for one-night stands and quick flings.” — BestHookupApps.net

The BestHookupApps.net team encourages singles to do their research, join multiple hookup apps, and take a smart approach to the casual sex scene. Its step-by-step guides can help beginners get their bearings and understand how to reach their dating goals on an app.

Overall, the BHA spokesperson said he has seen many hookup apps and sites making efforts to become more inclusive and transparent, but he still sees room for improvement when it comes to customer service and managing expectations.

“The future of online dating seems pretty promising,” the spokesperson added. “We would like to see more and more people showing some respect to others on these dating sites and apps.”

Casual dating is easier than ever now that online dating has become mainstream. All singles need is the right sex-positive environment to help them put themselves out there and send flirtatious messages to anonymous hotties.

BestHookupApps.net can hook singles up to the most popular and fast-paced dating sites and apps around. Its reviewers have tested out these platforms and given them ratings based on how well they connect people online. The site has a wealth of information to support newcomers to the casual dating or online dating scene.

As a third-party reviews site, BHA holds hookup apps accountable for meeting certain needs; however, the team also recognizes that singles have to do their part to make something happen.

“I think people should be smarter with their choices,” said the spokesperson for BestHookupApps.net. “If online dating doesn’t work for them, they should do a little bit of research and look for tips and guidance online rather than immediately giving up on it.”