The Scoop: Dating coach Todd Valentine has spent nearly 20 years mastering the art of attraction. He can approach and chat up a woman without breaking a sweat, and he shares the secrets to his success in Todd V Dating coaching programs and videos. By creating step-by-step instructions, Todd helps singles work on their flirting game and develop dating skills that have proven effective in real-life scenarios.

At age 18, Todd Valentine was an engineering student with a problem. He had been successful at most of the things he’d tried — but he was an abject failure when it came to dating. He was a single virgin (not by choice) with no hope of a relationship on the horizon.

Instead of waiting for his fortunes to change, Todd decided to take action to make his love life what he wanted it to be. 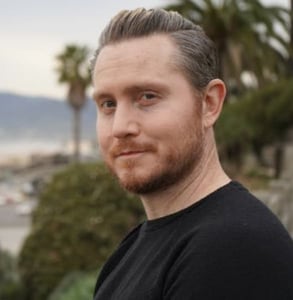 “There’s a degree of expectation that meeting the right person is supposed to ‘just happen,’ but to me, that’s ridiculous,” Todd said. “Why would you want to leave one of the most important aspects of your life to chance?”

Todd began chatting up women to practice his moves, and he learned what worked and didn’t work from every interaction. Over time, he honed his conversational skills and flirtatious instincts to the point where he became comfortable approaching any woman in any type of social setting.

Now as a professional dating coach, Todd shares his dating strategies with singles who lack the confidence or the skills to land a date. The Todd V Dating program emphasizes that dating is a skill, and just like any other skill, it can be taught, and it can be learned. Singles just have to be willing to do the work and put in the time they need to practice and improve.

“My business reputation is based on live coaching — working with guys in person and in real time to meet girls,” Todd said. “I like this aspect of the business because it’s impossible to fake. As a coach, you have to deliver results.”

Over the last 18 years, Todd has positioned himself as an influential and authoritative voice in the men’s coaching space.

Todd works primarily with men, but he will work with a female client on occasion. Clients typically range in age from 18 to 60. Some are young and inexperienced at relationships, and others are recently divorced and need help navigating online dating. Todd said he has even worked with a few middle-aged virgins who focused on their careers so long that they neglected to develop dating skills.

“Often they assumed their dating life would handle itself once they were successful, then realized at some point that wasn’t the case,” Todd said.

A few years ago, Todd began coaching a 39-year-old man who was a virgin and lived with his mother. The coaching work focused on practical dating and conversational skills to help this timid guy come out of his shell. He wound up losing his virginity before he turned 40.

Todd has developed a tried-and-true dating formula he calls The System. It teaches the skills and mindset single guys need to get a girl to pursue him and prize his attention.

Single men can learn the building blocks of a strong romantic approach from Todd. Thus armed with greater knowledge, they naturally become more confident and attractive partners. Todd V Dating puts romantic issues into concrete terms and provides a platform where singles can develop the skills and attitudes that win people over.

“I make it a point to emphasize a focus on living in the world as it is, rather than trying to wish it to being something it’s not,” Todd said. “So I’d like to think what I teach is contributing to a lot of happiness for both men and women and to creating a more rational world with a little more integrity and character.”

In addition to running master classes on dating, Todd has published online content that addresses the issues and answers the questions to problems he sees while working with his clients.

Todd’s instructional videos have gotten nearly 30 million views collectively. Many of his coaching clients start their self-help journey by watching videos on YouTube and learning about Todd’s unique approach to developing their game.

Todd currently boasts over 185,000 followers on the Todd V Dating YouTube channel. Another 70,000 users follow the Ask Todd Channel where he tackles questions from real singles in the dating scene.

Both these platforms offer free dating advice from a practical standpoint. Todd dives deep into complicated subject matters, including how to start a flirtatious conversation and what to say on a dating profile. For every tip and strategy, Todd explains the psychology behind why it works.

“The fact is the techniques work in practice,” Todd said. “Once you get results from the videos, it only makes sense to pursue more in-depth and more personal coaching.”

During the COVID-19 pandemic, Todd had to take a break from his in-person coaching work. He shifted the Todd V Dating brand to focus on virtual coaching for the time being. Video content offered support to singles who were struggling to cope with lockdown relationships and quarantine dating.

Even though singles have  to deal with more restrictions in the last year, the dating world hasn’t gone on pause. Thousands of people continued to reach out to Todd with dating questions. His video content became a popular hub for guys hoping to work on their game and ready themselves to tackle dating opportunities online and offline.

Looking ahead, Todd said he expects to return to his normal coaching routine in 2021 and continue to offer his services as a wingman and sounding board in real-life dating situations.

In the meantime, virtual coaching remains an accessible solution for highly motivated singles. Todd recently launched the Verbal Game Academy to deliver video lessons on how to communicate effectively with a potential date. The coursework breaks down the essential elements of attraction and teaches conversational skills that can add value to any new relationship.

Todd wasn’t always a chick magnet or a flirtation master. He was once just as confused and inexperienced as some of his coaching clients. However, he went outside his comfort zone to get better results in the dating scene. He learned how to talk to women and became more confident with every successful interaction.

Today, Todd offers sage coaching advice based on practical knowledge and real-life experiences. His master classes, coaching programs, and how-to videos cut through the noise by providing straightforward advice about what to say and how to act to attract the hottest person in any room.

By taking Todd’s dating principles to heart, singles can become better conversationalists and more confident leaders in the dating scene and beyond.

“I want to teach dating skills and help people in that area,” Todd said. “I like to think that a lot of what I do teaches people how to think, how to take control of their own lives, and how to succeed in general.”