The Scoop:  Master Matchmakers is a family-owned matchmaking firm and accredited dating service based in Palm Beach, Florida. JoAnn Ward founded the company in Philadelphia over 20 years ago, and now she and her son Steven run the business together and maintain a nationwide network of commitment-oriented singles. In response to the recent rise of online dating, Master Matchmakers has positioned itself as a streamlined and personalized alternative to swiping for a match. A masterful team of matchmakers work together to vet potential matches and use their intuition to recommend dates with a high probability of success. Master Matchmakers has an unparalleled reputation in the industry and a growing influence on singles looking for love.

Over 2,000 businesses fall under the category of dating services, which can include tech startups building the latest and greatest dating app as well as family-owned matchmaking companies that have been around for generations. In 2017, the dating industry’s revenue totaled $3 billion.

Some in the industry expected the growing popularity of online dating to mean the end of traditional matchmaking, but Master Matchmakers CEO Steven Ward said he has actually seen his business expand in recent years. 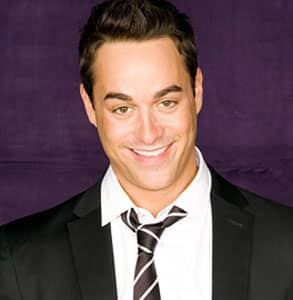 Steven Ward, the CEO of Master Matchmakers, has over 15 years of experience in the dating industry.

Steven attributes his record-breaking influx of clients in 2017 and 2018 to online dating burnout. His clients don’t like today’s swiping culture and would rather have a more personalized way of meeting people. Perhaps they’ve also seen headlines about data breaches or privacy concerns and decided matchmaking is the safer route.

“Matchmaking has been resurgent as more and more bad news comes out of online dating,” Steven explained. “Even though a lot of technology is there to help make people more efficient and effective at finding dates on their own — it’s not working. It’s creating a paralysis of choice.”

Singles can feel overwhelmed on a dating site or app with thousands of profiles and little guidance. These platforms assume that singles know exactly what type of person would be right for them. And that’s just not the case. An experienced matchmaker like Steven can help bridge the gap between what singles think they want and who’s actually right for them. He can read between the lines, assess his client’s needs, and recommend matches that have long-term potential.

In 2003, after graduating college with his business degree, Steven discovered he had a talent for matchmaking while working for his mother’s company Master Matchmakers. Steven’s first ever match ended up getting married. At that point, Steven decided he no longer wanted to be an investment banker — he wanted to be a professional matchmaker. He and his mother went on to star in VHI’s reality series “Tough Love” from 2009 to 2013.

After the success of their show, Steven and JoAnn Ward have renewed their focus on making the best possible matches for every client. Master Matchmakers has earned a solid reputation as a professional matchmaker by thoroughly vetting its clientele and offering results-oriented resources to singles who are serious about making a connection.

“Instead of being replaced by online dating, we’re now more needed than ever,” Steven said. “We’re giving people the knowledge and know-how to get better results in their love lives.”

Building trust among singles is step one for a professional matchmaker, and Master Matchmakers has gone above and beyond in proving the value of its services to potential clients.

“We’re the only licensed and accredited matchmaker in Palm Beach County,” Steven said. “We actually took the time to register as a dating service.”

Consumer Affairs has given the company a five-star satisfaction rating based on consumer reviews, and Master Matchmakers has an A-minus rating (with a composite score of 4.5) from the Better Business Bureau where 96% of its reviews are positive.

“I believe that they have a vested interest in successful matching.” — Ken T., a Master Matchmakers client

Steven wins over many clients with his conscientious and transparent matchmaking process. From the very start, he gives his clients all the information they need to decide if it’s worth going on a date with a suggested match. After the success of their show, Steven and JoAnn Ward have renewed their focus on making the best possible matches for every client. Master Matchmakers has earned a solid reputation as a dating service by thoroughly vetting its clientele and offering results-oriented resources to singles who are serious about making a connection. He also shows them pictures of the person and has them exchange contact information and talk on the phone before meeting in person.

“We do the due diligence for you,” Steven said. “We give you enough information to make an educated decision.”

Steven wants his clients to know exactly what they’re getting into before they agree to a date because he has seen that informing singles and giving them control over their dating experience yields great results.

Master Matchmakers guarantees new clients a certain number of matches within 90 days, and if they’re unsatisfied they can request a partial refund. What’s more, if the date misrepresented themselves in any way in his or her profile, that won’t count as a match under the terms of the contract. Clients can put their accounts on hold indefinitely, and the matches will never expire, but, if they have no need of future matches, they can gift them to someone else.

“We have a very different approach to matchmaking,” Steven said. “You hired us to find the ideal fit for you, and we do grassroots marketing to find them in our database or outside our network.”

Steven brings a modern attitude to a 5,000-year-old profession. He sees matchmaking as more relevant than ever in a fast-paced and crowded dating world. Master Matchmakers is at the forefront of pairing high-tech tools with personalized service.

“My mom always said technology can’t replace personal service,” Steven said, “but it can augment it in a personal way.”

The private matchmaking firm’s extensive background tools have been a tremendous upside to the business model because clients feel more comfortable agreeing to go on a date when they have all the facts.

“This company has been outstanding in their commitment to helping me find a match.” — Jake B., a client of Master Matchmakers

Steven boasted that he’s more dogged than the TSA when conducting background checks on potential clients and their match candidates. He’s on the lookout for bankruptcies, criminal records, judgments, foreclosures, and other red flags.

The end result is a detailed report about a potential match, which Steven presents to his clients along with his reasons why he thinks they’d be compatible.

“There’s no matchmaker in the country who does this,” he said. “The bottom line is we need to represent people in good faith and let them get together on their own terms.”

In 2013, Steven designed and launched an app called Love Lab to help singles verify their identities and the identities of the people they meet online. The app is a verification tool — not a way to meet dates. Singles who have the app can verify each other’s personal information and photos by using Master Matchmakers’ proven vetting methods. The app is available on the App Store and Google Play. 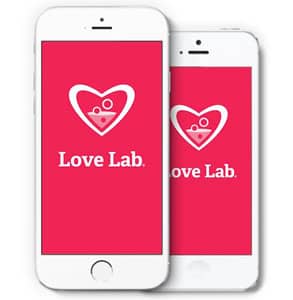 Love Lab runs a background check on members and can also verify the authenticity of photos and video. It empowers singles to prove they are who they say they are.

“It’s meant to be a way to build a level of trust with someone online,” Steven said. “It’s a way to see what you’re going to get before you show up on the date.”

“I’m completely in love with this app,” said Gloria T. in a five-star review. “It really is something I’m definitely recommending to my friends. I wish there was a way to give it 10 stars.”

This mobile product is free and does not run any ads. It may not be a big money-maker, but Steven said he’s satisfied with solving one of the biggest complaints in online dating — that people don’t look like the photos they post on their dating profiles.

A Boutique Matchmaking Firm With A Lot to Offer

Instead of supplanting matchmaking, online dating has actually caused some singles to realize they don’t want to date on their own, and they’d prefer the more hands-on assistance of a professional. Or even a master.

Master Matchmakers has made a name for itself in the dating industry by offering high-integrity and results-oriented dating services guaranteed to work. Steven has led his mother’s company into the 21st century by pioneering high-tech tools, including a verification app, to support the modern dater.

“Whatever happens, I believe we’re in a position to continue to grow,” he said. “I’m pumped up that we’re positioned to compete and ride this wave of mobile and online dating.”