The Scoop: In 1985, the ManKind Project embarked on a mission to unite men under a banner of kindness and compassion. Today, the nonprofit has inspired and trained over 68,000 men to become the best possible version of themselves. The ManKind Project uses online training, in-person programs, and group work to nurture a global community of men who have the strength of character to show love, support healthy relationships, and make the world a kinder place.

You don’t have to be a dating expert to know that toxic masculinity has become a major issue in the dating scene. Certain male-dominated groups have perpetuated pickup culture, locker room talk, and a bros-before-hoes mentality that fosters false beliefs about manhood. Such unhealthy attitudes can undermine personal relationships and lead to dishonest, unequal, and ultimately unsatisfying romances.

Not all fraternities are part of the problem, though. The ManKind Project has established a global brotherhood of nonprofit organizations in support of a new generation of self-aware and emotionally intelligent men.

The ManKind Project envisions a world where men can express their feelings, communicate in healthy ways, and give their all to a relationship.

Boysen Hodgson, the Marketing and Communications Director at the ManKind Project, said doing deep emotional work with the nonprofit has strengthened his marriage and made him aspire to be a better person.

“I’m available and present in a way I couldn’t have imagined,” he told us. “I take responsibility for myself. I share what’s happening with me. I make space for my wife to share.”

The ManKind Project encourages men to lead lives of integrity, authenticity, and service.

The ManKind Project can teach men how to create healthy relationships and become a role model of kindness and compassion in their daily lives.

The idea began with three men — Rich Tosi, Bill Kauth, and Ron Hering — who led life-changing warrior trainings in 1985, and it has become a global phenomenon. Since its launch, the ManKind Project has touched the lives of 68,000 new warriors. Its extensive all-male network extends to 22 nations and includes over 1,000 peer-facilitated men’s groups.

“The living founders are still connected and still learning and evolving,” Boysen said. “They are no longer managing anything in the organization, but they are still very active in seeing how we continue to grow and change with generational and cultural changes.”

The ManKind Project is a community-oriented nonprofit with passionate volunteer leaders running local groups. The organization has an official presence in 118 chartered communities across the U.S. where it supports self-growth through training sessions and mentorship groups.

The men’s groups endeavor to create a healthy peer culture where men can listen, learn, and improve themselves. Men support one another in these local brotherhoods and build each other up by giving love, showing trust, and fostering mutual respect. Each group reflects the diversity and spirit of the community where it thrives.

“The ManKind Project is nearly 100% volunteer-driven,” Boysen explained. “The diversity in the men, and in their approaches to the world, is fascinating to me.” 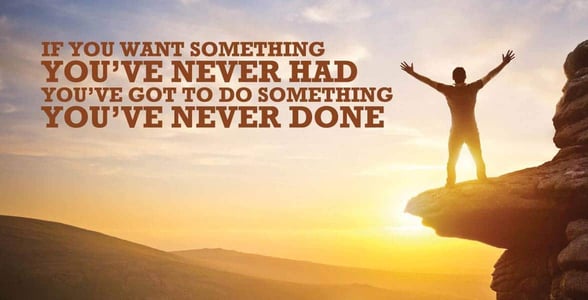 The ManKind Project appeals to good-hearted men from all walks of life.

Men of all ages can benefit from the ManKind Project’s work. The groups have welcomed Generation Z teenagers, millennial newlyweds, GenX family men, baby boomer retirees — and everyone in between. The median age in the ManKind Project community is 45. And with the organization now reaching its 35th year, grandfathers, fathers, and sons from the same family are growing up with the project, instilling positive lessons and healthy habits across the generations.

The ManKind Project appeals to men who want to do better for themselves, their spouses, and their families. These men may be well-educated — 65% have gone to a four-year college — but they may not know what it means to be a 21st-century man.

Fortunately, the ManKind Project can speak to the issues facing modern men — no matter what their background or orientation — and give them the tools to overcome and evolve.

In the wake of the #MeToo movement, the ManKind Project has partnered with another organization, Gender Equity and Reconciliation International, to engage in pioneering co-gender work where men and women can come together and listen to each other’s truths. Such an eye-opening experience can change how individuals approach romantic relationships and talk about sex.

“We think it’s time for men to stand up and take responsibility for the culture we create and perpetuate,” Boysen said. “Doing gender reconciliation work has incredible potential to make a difference in healing the wounds of men and women.”

The ManKind Project conducts over 125 New Warrior Training Adventures per year as part of its mission to awaken the hero within every man. These self-growth training programs take men on a life-changing journey in a safe space.

Participants join a group of 15 to 40 men for a 48-hour adventure at a camp-like location. The mentors lead thoughtful exercises and give educational lectures that focus on what it means to be a good man in today’s society. The coursework focuses on cultivating love, building trust, speaking truth, and showing respect to everyone. 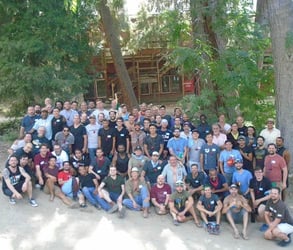 The ManKind Project inspires warriors to take responsibility for themselves and work toward a brighter future.

Men walk away from this in-depth program with rejuvenated spirits and loving values. According to the ManKind Project’s surveys, 92% of participants say they would highly recommend the New Warrior Training Adventure to others, and 75% would describe the program as life-changing.

“This is the work that can help a man know who he is at a level that will improve everything he touches,” Boysen said. “I don’t think we can truly evolve beyond where we are as a culture without the inner work that organizations like the ManKind Project are doing.”

In 2018, the ManKind Project launched an online introductory course called The Men’s Work to help men get in touch with their emotions and grow as human beings in their own time. The three-week course introduces men to a supportive brotherhood and gives them the tools to master themselves and improve their relationships.

In the words of the ManKind Project, “We’ve learned that men can only go so far alone. We can’t heal ourselves, our society, or our planet while we’re still behaving like lone wolves. We need connection. We need tools. We need maps that work.”

Forever Changing How Men Relate to Their Loved Ones

Over the years, the ManKind Project has been a beacon of light for men feeling lost in darkness and despair. Its peer groups and training sessions have given men the principles they need to heal, love themselves, and move forward in a positive direction. Hundreds of men have shared their transformational journeys by giving testimonials to the ManKind Project.

“Through MKP I have learned, truly, how a man shows up for himself and, in turn, the world,” said Drew Potter, who participated in the New Warrior Training Adventure in 2016. “This group of men has taught me how to love and be loved by men without exception or expectations.”

Scott Larson said he harbored feelings of mistrust and emotional instability for years before the ManKind Project helped open his heart to a more compassionate philosophy.

“I now face the world with courage to be myself, embodying love and kindness,” Scott wrote. “My life has turned upside down to create this universal healing, starting with me.”

The ManKind Project can help men gain clarity in the dating scene and reevaluate how they behave in their personal lives. This personal growth work can fortify their character and strengthen their relationships if they take the lessons to heart.

“Everyone challenges each other and has deep, authentic conversations,” Aaron Frazin said. “Going through that made me realize that we’re so much more alike than different. I came out of that feeling incredibly connected with the world.”

Boysen counts himself as one of the ManKind Project’s many success stories. Before he encountered the nonprofit, he had trouble building mature relationships, and he would behave in hurtful ways — ghosting dates or shutting down emotionally — instead of communicating with his partner.

“Doing this work means that I now get to have a powerful marriage where I’m present and accountable,” Boysen said. “I get to mentor and be mentored by other men in showing up how I want to be.”

The ManKind Project Brings Human Decency to the Forefront

In response to sexism, chauvinism, and bro-ism, the ManKind Project has developed mentorship programs that empower 21st-century men to find their voice, embrace their truths, and love with greater purpose and understanding.

The ManKind Project has spent the last 35 years building a community of mature, respectful, and self-aware men. Its training sessions can introduce men to a kinder philosophy of manhood, success, and relationships. Many lives have changed thanks to this powerful work, and the nonprofit continues to expand its impact around the world.

“We create opportunities for men to practice and witness the full range of human emotion in a supportive community of men,” Boysen said. “It’s a place where men are welcome to bring all of who they are, with full authenticity, and learn more about who they are and how they want to show up in the world.”