The Scoop: EligibleGreeks.com has brought a niche focus to the online dating world and inspired Greek singles to find common ground. Signing up to this dating site is totally free, and members can send likes and messages to show their interest in a Greek man or woman. Since 2002, Eligible Greeks has offered an alternative to mainstream dating and provided reliable online resources geared toward Greek singles and their admirers.

If you’re Greek and single, you are probably familiar with the challenges of trying to date a person who doesn’t share the same cultural understanding. You’re probably tired of people telling you they saw “My Big Fat Greek Wedding” or can name a Greek philosopher. As well-intentioned as the people making such comments may be, they just don’t get what being Greek really means.

Greek people have a lot more than a movie or a peninsula in common. They have a long history of passing on traditions, making delicious meals, and putting family first. They literally speak the same language. Greek singles have the ability to connect with one another on a deeper level because they share the same roots and values. 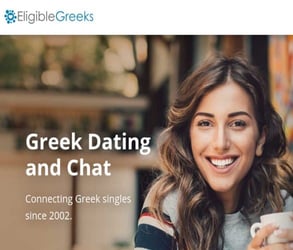 Eligible Greeks has opened lines of communication between Greek singles around the world.

For almost 20 years now, Eligible Greeks has encouraged Greek singles to leave the mainstream dating scene behind and focus on Greek dating options. The niche dating website has sophisticated match and chat tools that facilitate introductions between kindred spirits.

The World Singles Networks team said, “Our approach, networks, and team have been honed by years of successfully helping millions of people all over the globe, in multiple languages and cultures, connect and find love.”

Eligible Greeks has offered a beacon of hope for single Greeks who are tired of swiping and want to find a truly compatible partner. Singles don’t have to live in Greece to feel at home meeting people in this one-of-a-kind Greek dating network.

Meeting another Greek single on a mainstream app can be a Herculean task. But on Eligible Greeks, it’s easy. The niche dating site caters to Greek singles (as well as their admirers) and has custom search filters based on family roots and ethnicity.

According to the World Singles privacy policy, all user information is encrypted and stored on a secure server software (SSL). “The site has security measures in place to protect against the loss, misuse, and alteration of the information under our control,” the team said.

Eligible Greeks has an abundance of free and paid perks available to singles seeking a compatible match. The free basic membership includes unlimited browsing and some chat options. Free members can send messages and read replies from premium members, and they can send likes to free members to show they’re interested.

All members must provide a valid email address and create a username to join the Eligible Greeks network. Photos are optional but encouraged because profiles with photos receive significantly more attention from users. 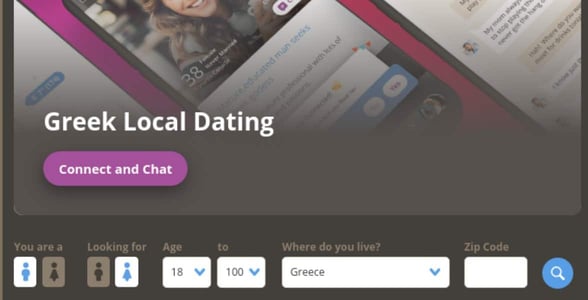 The Eligible Greeks network spans the globe and welcomes people from all walks of life. The membership base has a strong following in Europe, North America, and Eastern Europe, and it is rapidly growing in Latin America and the Middle East.

Singles can expand their romantic horizons by using the custom search tools to find date prospects in their area or abroad. Or, if they’re feeling adventuresome, they can go to the Slideshow and let the match algorithm suggest compatible profiles.

“Don’t miss out on meeting great people from Greece,” the EG team urges. “Browse the profiles of single men and women for free!”

Eligible Greeks maintains an active customer service team to help new users get acclimated to the site and have a positive experience. Anyone can contact the company by filling out an online form or calling its offices in the U.S., the U.K., Canada, or Australia. These professionals have extensive knowledge of online dating and can resolve issues ranging from technical bugs to payment inquiries.

Many loving relationships and marriages have sprung from Eligible Greeks since the dating website launched in 2002. Its straightforward chatting and cultural matching tools can yield fast results for people who know what they want in a partner. The dating site can inspire deep conversations and heartfelt connections, and the team has received glowing testimonials from people in the U.S. and abroad. 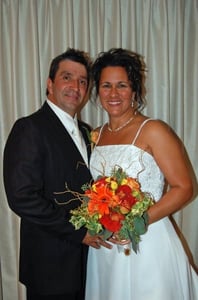 Christa and Tom are a happily married couple who matched on Eligible Greeks.

Christa and Tom met on Eligible Greeks in July 2009. At the time, Christa lived in Florida, and Tom lived in New Hampshire, so the couple faced some initial challenges in turning their online correspondence into something more.

Fortunately, Christa had some family in New Hampshire, and she arranged to meet Tom on her next visit to the Northeast in late August. Their first date was at a beach. They talked for six hours and connected over their shared passion for Greek culture.

“There was definitely a connection there with our backgrounds and strong Greek culture,” Christa said. “Long story short, after hours of phone conversations and less than a month of face-to-face time together, we were engaged the day after Thanksgiving 2009.”

Angeliki and Nikolaos had a whirlwind romance that started in March 2013. They got engaged within less than a year of meeting each other on Eligible Greeks and officially tied the knot on Sept. 28, 2014.

Back in 2008, Kalliopi and Telly got to know each other first as sokkergal15 and taegetos, which were their usernames on the Eligible Greeks platform. The couple spent a month chatting online before meeting in person, and they quickly fell in love. “He proposed after two years of dating,” Kalliopi said in her testimonial. “We are so happy that we found each other. Thank you, Eligible Greeks, for helping us connect — we would never have met each other if it were not for your site!”

Over the years, Eligible Greeks has played Cupid in the lives of many couples. The dating website takes pride in fostering online chats that lead to lifelong connections.

As the team said, “Greek women and men have written us hundreds of success stories that only fuel our passion and hard work in helping Greek singles meet their soulmate.”

Eligible Greeks Has Established a Global Network of Singles

If you want to date a Greek person, you’re not alone. Eligible Greeks is packed with singles who share similar backgrounds, beliefs, and ideals — because they share the same home country. Many Greek singles have given Eligible Greeks a try and found its modern matchmaking tools have a lot of great options.

Eligible Greeks can help Greek singles break out of their dating rut and meet attractive people who share similar backgrounds and values. All it takes is an email address and a selfie to start this journey toward a new love interest — and maybe even a big fat Greek wedding of your own.

“We attract what we extend out into the world,” the Eligible Greeks team said. “Our site is amazing; however, it cannot replace the key and necessary element to the results you seek — a willing you.”