The Scoop: Many single men face confidence issues when it comes to approaching women. They also may not feel comfortable dating online, preferring instead to meet women in the real world. Eddy Baller understands those feelings, which is why he started Conquer & Win, a dating coaching business that aims to help men talk to women. Eddy mastered the confidence and skills to approach women in everyday situations, and now, he teaches other men who struggle with similar issues.

In a video on his dating coaching website Conquer & Win, Eddy Baller approaches a woman on the street. He tells her that he noticed her and that he wanted to say hello. She thanks him and tells him that she’s visiting from Hong Kong for a few weeks. Eddy proceeds to tell her that he just visited Hong Kong.

The woman is happy to talk to Eddy, and she doesn’t feel threatened or annoyed.

Through his coaching practice, Conquer & Win, Eddy teaches other men to approach women and start conversations as easily as he did in that video. Many clients who seek his help lack the confidence to talk with women in public places, including on the street, at a park, or even at the grocery store.

Through Conquer & Win, Eddy Baller wants to give men the confidence they need to approach women.

Eddy began his coaching journey after recognizing how limiting online dating can be. Many singles feel they have to use online dating platforms to build a relationship in the modern world, but that is not the case.

According to a 2019 Pew Research Center survey, 12% of U.S. adults responded that they were in a committed relationship with or married to someone they met online. And 30% said they used dating sites and apps.

That number has likely increased during the COVID-19 pandemic due to social distancing and quarantines, but it’s clear that many people enjoy starting relationships in person.

During the pandemic, demand for Eddy’s coaching services has remained steady. He continues to coach clients by connecting with them outdoors or on video platforms.

“People are still open to meeting new folks. Nothing much has changed in my coaching style either. Even pre-pandemic, I always advised men to give women plenty of room and to respect their personal space,” Eddy said.

Teaching Men How to Improve Their Confidence

Eddy is not a pickup artist, so the tips he provides for single men — and occasionally women — focus on meeting partners in real-world situations. Often, what clients need most is the confidence that they are attractive and charismatic enough to connect with strangers.

“Very often, guys are shocked by what they can do. They don’t give themselves the benefit of the doubt, and their self-esteem is often low. It’s impressive to see what these guys can do with a little help,” Eddy told us.

Eddy’s coaching is customized to each client because they have unique issues and situations that may hold them back from romantic success. He uses an approach that helps him uncover client concerns organically.

“When emotional issues or mental blocks come up, we work through them,” he said. 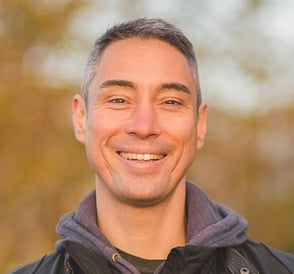 Dating Coach Eddy Baller customizes his approach to fit the needs of his clients.

Many of his clients have similar concerns in connecting with others. Typical issues include approaching someone without startling them and how to start a conversation. Often, Eddy’s clients simply need to practice their social skills and internalize techniques for creating good first impressions.

Then, Eddy said he provides his clients with “a goal-based plan, specific action steps, mindset training, and support.”

To show how effective his coaching system can be, Eddy shared one of his favorite success stories. He was working with a middle-aged Asian man who hadn’t been in a relationship for seven years. His confidence was devastated after not having any dates for nearly a decade.

“His biggest fear was talking to tall blonde women,” Eddy said with a laugh.

But after working with Eddy, the client started talking to women he liked — and their reactions to him were much better than he thought they’d be.

“He started getting dates with very attractive women, both when he was out with me and when he was out on his own,” Eddy told us. “It goes to show that you don’t know your limits until you test them. Don’t judge yourself before you get in the game.”

Use These Skills to Connect with Anyone

Eddy said he understands his clients’ struggle with self-esteem because he had similar issues when he was single. In his late teens and early 20s, he was depressed, struggled with social anxiety, and had physical health problems.

He set out to change his life by connecting with a more positive social circle and meeting people in natural situations.

“I wanted to be able to strike up a conversation with someone at the crosswalk,” said Eddy.

With that goal in mind, he pushed himself to improve his own skills for striking up connections — and he even met his future wife on the street. He talked to her for only two minutes before she gave him her phone number so they could meet up again.

Though he’d accomplished his own goal, Eddy said he soon recognized that many single men were in similar situations. He knew other men who didn’t want to use online platforms or only have the option to approach women in bars or clubs.

Eddy teaches men how to connect with women in many different settings, including on the street, at a coffee shop, or the gym, in addition to bars and clubs.

Eddy used his own advice to approach women, as well.

First, he makes eye contact with her. Next, he says, “Excuse me,” to get her attention.

The third step is an essential part of his approach. If a woman doesn’t want to talk with a man trying to get her attention, he should let her go.

After that, he may say he was waiting for his friend when he saw her and wanted to connect with her.

Finally, he gives her a simple compliment that cements a connection — without going too far.

Over the last six years, Eddy has worked with clients worldwide, including in Dallas, Toronto, India, and his hometown of Vancouver. He has held boot camps all over Canada, in Hong Kong, and Seattle, Washington.

Most of Eddy’s clients are men in professional fields, including tech and IT. They’re typically between the ages of 26 and 39, though sometimes he works with older or younger men.

Eddy has recently started working with more single women. He said he didn’t advertise his programs to attract women, yet they started writing to him to see if he would work with them, too. Soon, Eddy said he will launch a new site tailored to women who want to meet men offline and out of clubs.

Eddy also hosts an online training program to give more people access to his strategies. Since his one-on-one coaching isn’t accessible to everyone, his training program will be more affordable.

“It’s for guys who want to start from scratch and get results for their relationships,” Eddy said.

As a once-shy person, Eddy said he never would have guessed how successful he’d be in connecting with women. Now, he coaches clients to believe that they can achieve the results they want — because he’s seen how successful they have been.

“I love my work. Every time I get a good result, every time a client gets a number or date, it’s exciting for me to see how happy they are,” he said.