The Scoop: When Author and Dating Coach Connell Barrett was younger, he said he lacked the confidence to talk to women and create romantic connections. In his new book, “Dating Sucks But You Don’t: The Modern Guy’s Guide to Total Confidence, Romantic Connection, and Finding the Perfect Partner,” he shares advice with guys who want to add a meaningful relationship to their successful lives. Connell’s book comes after he gained a large following through his coaching service, and now he turns his attention to helping men everywhere approach women with authenticity.

Author and Dating Coach Connell Barrett knows what it’s like for guys who seem to have everything together but are still lacking someone to share their life with.

When he was younger, he felt his life was out of balance, even though he had plenty of professional success and lots of friends. Everyone thought he was a good-looking guy with a big heart, and he had an interesting, adventurous life.

But he still lacked the confidence to talk to women or create a romantic connection with someone he found attractive. 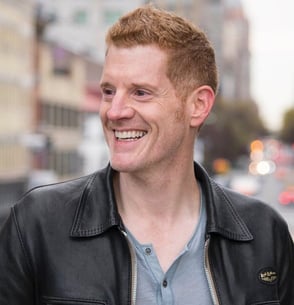 When he did get up the nerve to talk to a woman, he said he often quickly fell into the friend zone. Connell was frustrated when those connections didn’t go anywhere, and he wanted to help other big-hearted, introverted men avoid those situations.

That was the inspiration for his new book, entitled “Dating Sucks But You Don’t: The Modern Guy’s Guide to Total Confidence, Romantic Connection, and Finding the Perfect Partner.” In it, Connell said he wanted to offer advice that he could have used as a younger man.

“I wanted to write this book to help men who mainly have their life together. They’ve got a good job, friends, and family, but they’ve never figured out dating,” Connell told us. “They never had confidence in how to date and flirt, and they struggle to get matches on dating apps.”

The book includes practical advice for single guys who want to start a conversation with women they find attractive. Connell also talks about respectful approach strategies, dating in the #MeToo era, and other valuable topics to inspire genuine connections.

Teaching Single Guys How to Flirt and Connect

Connell said his book helps coach readers in three areas: first dates, approaching women in a classy way, and tackling online dating with confidence. His tips primarily focus on men, but they may be helpful for women and people of other genders, too. 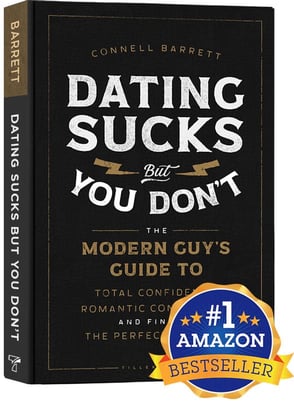 “The biggest thing that holds guys back is that it’s wrong or that it’s creepy to hit on a woman you don’t know — and I agree,” he said. “That’s why I say that you shouldn’t hit on her. Instead, think of it as breaking the ice and opening a conversation to see if there is mutual interest.”

Connell suggests that men start a conversation by offering what he calls a power compliment. It is an authentic, compliment about something impressive that isn’t physical. It could be a nice comment about what she is wearing or something she is doing. It must be G-rated, and the guy must then tell her exactly why he noticed.

For example, he said that if a guy sees a beautiful woman reading, he could tell her how refreshing it is to see someone reading a book these days when everyone else is glued to their smartphones. Or, if a guy sees a woman in a coffee shop, he could ask her if she thinks he should buy himself a cake pop.

“However you start the conversation, think of it as a small gift you can give her, that can make her day a little bit better, or a friendly, warm conversation between strangers,” he said.

Confidence is the Key to Dating Success

The book teaches single men simple techniques to get a woman to talk. Those tips can help them gain the confidence they need to have a successful first date and move a relationship forward if they wish.

Connell said there’s a time and place for more romantic talk, but the first step should always be a simple conversation. That’s especially important as the #MeToo movement has helped the world understand how many women have been harassed.

The book shares advice on ways to connect that are appropriate and don’t make women feel uncomfortable. One way is for the guy to imagine that they already have a wife or a girlfriend and think about whether they’d be jealous over whatever is said. The trick is to be friendly and kind, not creepy or overtly sexual.

“What it gets through to men is that they don’t have to be a creep or get rejected. It’s hard to get rejected when you’re just giving a compliment or asking about a cake pop,” he said. “Then, the guy relaxes and is social and outgoing. That is a great energy to give someone.”

Connell calls his message radical authenticity. It’s the idea that men are most successful in relationships and dating — and in life — when they fully embrace who they are. He said no matter what the guy is like, whether he’s a hipster, nerd, or single dad, there’s a woman out there who will appreciate him for himself.

More Than $1,000 in Free Offers for Those Who Buy the Book

Connell offers everyone who orders a copy of his book in the first month of his book launch the chance to join his monthly online group coaching. That’s where group members can ask him their personal questions about anything dating-related for three months — and gain insight from his answers.

He’s already seen plenty of success with his dating coaching clients. One man, who Connell called Kevin to protect his privacy, was a divorced dad in his mid-40s when he started working with Connell. Kevin didn’t know anything about online dating, but he set up his own profile, and it wasn’t getting much attention.

“He made a common mistake on his profile: posting mediocre, dark, unflattering selfies taken in his garage,” he said. “I explained that women want to date a cool, well-dressed man of value. He looked like Dexter.”

Connell told Kevin to get a nice button-down shirt and hire a professional photographer to take some action shots of him outside with good lighting. Once the photos were updated, Kevin received 14 matches overnight.

Six months later, he wrote to Connell to say that he had found the love of his life. He had the confidence to approach her on a beach in South Florida, and now they have a baby together.

“He was dealing with the same issues and challenges as so many men. Those were self-doubt, not thinking he was good enough to attract a great woman, and not knowing the technology of text, flirt, and swipe,” he said. “I want to make dating more fun and suck less. That includes enjoying and valuing the losses, the ghosting, and embracing the process, as well.”