The Scoop: CitySwoon has revolutionized the speed dating industry by introducing online dating tools to IRL events. CitySwoon’s match algorithm pairs participants at speed dating parties, which are hosted in a local bar or club. After matching on the platform, singles can meet and flirt at the venue until their phones notify them that another match is waiting for them. Singles will meet up to eight matches at the one-hour event. CitySwoon streamlines the speed dating system, so singles in the U.S. and Australia can discover chemistry in person.

When they began hosting CitySwoon events, married couple Brett Couston and Louise O’Connor dispensed with the traditional bells and whistles of speed dating and brought a more tech-driven system to singles. CitySwoon pioneered speed dating 2.0 by integrating online dating with social events, and its techniques have taken the dating industry by storm. 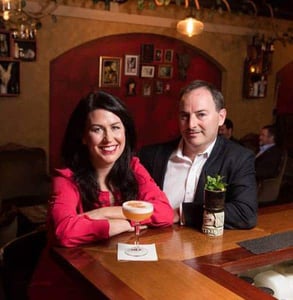 In 2014, CitySwoon set a Guinness World Record for the World’s Biggest Blind Date. The team hosted 712 people at a one-hour speed dating event at the Sydney Opera House. CitySwoon’s unique match algorithm paired couples who had a lot in common, and then they were off and running. At the end of the event, 72% of participants said they wanted to see at least one of their matches again.

CitySwoon’s system doesn’t throw singles together at random but carefully chooses which couples seem likely to hit it off.

“We originally wanted to create a dating site to bring people together on real dates,” Brett said. “We realized people want some integration before actually meeting up via an online setup, so we had a look at speed dating.”

Today, CitySwoon hosts lively events in several major U.S. cities, including San Francisco, Philadelphia, New York City, and Chicago. The speed dates take place in a trendy bar or club where the atmosphere is more like a party than a job interview.

Brett and his wife maintain that dating is best done IRL, and they give singles the tools to get off their phones and into quality dates.

“We are getting people out dating in the real world again,” Brett told us. “It’s a fun and organic way to meet people with very little friction.”

The typical CitySwoon client is between 25 and 50 years old, highly educated, and professionally successful. These singles are used to the finer things in life and want to make a genuine connection with someone on their level. Such busy singles don’t have time to spend hours of scouting the dating scene for compatible partners — so they depend on a match algorithm to do the legwork for them.

CitySwoon speed dating events support live matchmaking via the CitySwoon website. Upon arrival, singles can pull out their phones and click “I’m here” to indicate they’re ready to be matched. The platform will then send a match notification and a specified meeting location — as in, “by the bar” or “on the patio” — and the speed date is on.

These speed dating events offer eight match-ups per evening, and the dates tend to last 10 to 12 minutes. Participants are also welcome to look beyond their matches and send messages to anyone registered at the event via the platform. CitySwoon events can range in size from 40 to 350 participants, and anyone on the guest list is fair game.

All in all, CitySwoon supports a free-wheeling atmosphere where there’s zero pressure and a lot of options.

“This format allows participants to meet up where they like within the bar,” Brett pointed out. “They do not know who they are meeting next, so there is a real element of surprise and excitement for each round of dates, unlike traditional speed dating.” 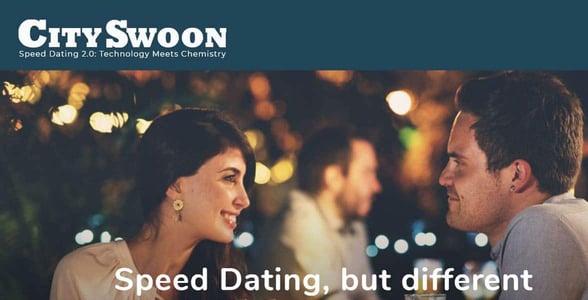 Throughout the CitySwoon event, singles can confidentially rate their dates using the app. If two people rate each other positively, they’ll be able to contact each other through the platform. The algorithm also takes note of every positive or negative rating and incorporates it into the future matches for that person. It also makes sure not to rematch couples who have already met one another.

“This is important,” Brett said, “because, while machine learning is now commonplace in online dating, we believe we are the first dating site to routinely and accurately capture real, face-to-face feedback from dates at scale and use machine learning to improve the future matching.”

In addition to its speed dating events, CitySwoon also acts like a typical dating site, offering up to four Daily Dates to its members. These matches come with date invites and icebreaker questions, and you can choose to Reply or Reject them on the spot. Paid subscribers can send messages to anyone they like on the platform, and they also receive discounts on CitySwoon speed dating events.

“Getting into dating was Louise’s passion,” Brett explained. “She has always enjoyed setting people up, so combining her vast software development skills with dating seemed a natural choice.” 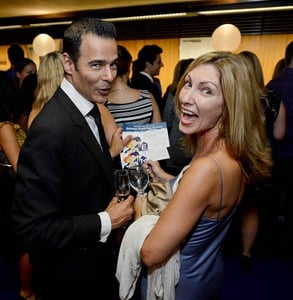 Today, Louise and Brett head up a small yet effective team based in the U.S. and Australia. Chris Marnie is a key member of the leadership team as he brings valuable insights from his days as a national sales marketer at Fast Impressions Speed Dating in Australia, which was closed by PlentyOfFish in 2015.

The CitySwoon team may not be large, but their ambitions encompass the entire dating ecosystem. The team aims to not only help singles but to permanently change the way speed dating is conducted.

In the coming years, CitySwoon plans to build on its success by expanding into 35 cities in the U.S. and abroad. The innovative speed dating company is also building tools to capture post-date feedback from users, so the team can improve its match algorithm and dating services.

“We are collecting vast amounts of data relating to people’s impressions of each other after meeting up IRL. This is invaluable information,” Brett said. “Another thing we are really excited about is the live matching algorithm — it’s totally unique.”

The average single millennial spends 10 hours a week swiping through matches on dating apps, yet only 66% of online daters say they have gone on a date with someone they’d met online. Technology should fuel in-person connections, yet, when it comes to dating apps, some singles get stuck in the swiping carousel and never make it to the happily-ever-after phase. 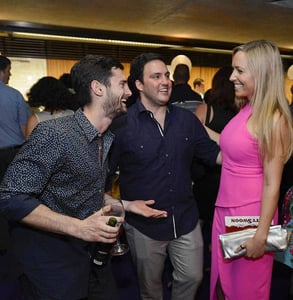 Singles can use the platform to meet people in a fun social setting.

CitySwoon aims to change that by creating online tools that lead directly to in-person dates. The speed dating company boasts a high success rate with a vast majority of participants walking away with a phone full of matches and date prospects.

“There’s literally hundreds of relationships forming each month via CitySwoon,” Brett said. “Our hosts sometimes have to pull couples apart for the next round since they are having such an awesome time chatting.”

At the end of the event, around 80% of participants will stick around to continue chatting up someone they met or to meet someone new who also attended. CitySwoon surrounds singles with romantic opportunities, and it has seen many love stories blossom through the course of the night.

One couple even returned a year later to get engaged at the venue where they’d met. CitySwoon received a photo of the newly engaged couple, and their love story reminds the team why they do what they do.

“It’s what really drives us,” Brett said. “Being a key part of bringing people together is hugely fulfilling.”

CitySwoon has used a match algorithm to make speed dating events more efficient and enjoyable, and its intelligent format has won the hearts of singles from all walks of life.

From the moment they sign up to the online network, singles have quality dates at their fingertips and can take action to pursue like-minded people in real time. CitySwoon’s speed dating events have broken the mold by using high-tech tools, and its matchmaking system has inspired flirtatious conversations, fun dates, and serious relationships.

Since its launch in Australia, CitySwoon has turned heads with its unique approach to speed dating, and the team is constantly updating its algorithm to better identify chemistry and compatibility.

As Brett told us, “We are aiming very high: to change the effectiveness of dating algorithms with our live feedback integration.”