The Scoop: Through a combination of technology and creativity, the Artificially Intelligent Matchmaker (aka AIMM) has ushered in a new age of matchmaking. Its high-tech yet personalized matching system has staked out a middle ground between traditional boutique matchmakers and flashy dating apps. The AIMM app has developed a virtual dating assistant that can curate a list of matches, facilitate a phone call date, and talk singles through every step of its innovative dating process.

An Apple user named Purplerunner12 said she was hesitant to try the Artificially Intelligent Matchmaker at first — after all, the idea of asking your smartphone to find you a date sounds like something out of “The Jetsons,” not a tool that exists in real life.

However, Purplerunner12 had tried just about every popular dating app out there without success, so she decided to take a chance on something new and embrace the future of dating. 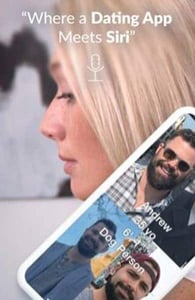 “The only reason I love AIMM is that it’s NOT a dating app,” Purplerunner12 said in a review. “It actually feels like talking to a real person that is really trying to get to know you and match you with the best person for you.”

AIMM is a voice-only matchmaking app where users talk about themselves and what they want instead of thoughtlessly swiping through profiles. The interface turns the matchmaking process into a conversation, and it uses voice recognition software to determine which singles will hit it off.

So far, many users have expressed positive feelings about the overall experience and offered words of encouragement to the app’s forward-thinking team.

“I feel like AIMM knows me so much better,” Purplerunner12 said. “I am very happy with AIMM and looking forward to using it more, and I’m glad someone is trying to change the dating industry.”

AIMM doesn’t use text messaging, chatting, swiping, flirting, winking, or dating profiles at all. Instead, its AI technology gets to know the user on a deeper level by asking personal questions — similar to how a friend would — and then recommends compatible singles based on that information.

“Not being a dating app is also a source of pride for us,” the AIMM team said. “AIMM is more like a friend is getting to know you, and then setting you up with people. If your friend got to know you, she wouldn’t ask you to write a profile. She’d ask you questions about yourself. That’s AIMM in a nutshell.”

AIMM Founder Kevin Teman has used both dating apps and matchmakers to find himself a date, and he understands the drawbacks of both services. Dating apps offered him a lot of options but few shortcuts to narrow that list in a meaningful way, while matchmakers could do more hand-holding and provide more friendly guidance — if you could afford them.

Kevin developed AIMM to “mirror the techniques of real human matchmakers” and provide an engaging and effective matchmaking service in an affordable app.

AIMM uses a conversational interface to power its matches, making users feel comfortable expressing themselves and finding partners on their iPhones.

“AIMM opens up the exclusive world of matchmaking to anyone seeking a partner and especially those who are frustrated with traditional dating services,” Kevin explained. In the next month or so, AIMM will offer dynamic pricing models to allow singles who are just starting out to save money and get the full benefits of the app for a discounted monthly rate.

Due to its fresh take on dating, AIMM has made headlines and garnered praise from top media outlets, including Fox News, Mashable, and CNN. Robert Downey Jr.’s “Age of AI” documentary touched on AIMM’s paradigm-shifting features and notes its potential to change the way singles meet one another.

AIMM has also secured a partnership with one of North America’s leading matchmaking services, and it has unveiled a series of upgrades, including improvements to its speech recognition software, that have made it the talk of the town.

The AIMM team has put an intelligent spin on traditional matchmaking services and created an interactive, conversational online dating experience unlike anything else on the market.

The AIMM virtual dating assistant chats with users for no more than 10 minutes a day and gets to know them better with every question, picture story, and joke. Once it has a handle on the user’s personality (typically after a week or so), the app will begin recommending potential matches and coaching singles through the dating process.

Its advice and support can be uplifting to singles who feel alone and uncertain in the modern dating scene.

“AIMM sets up your phone call and date by getting to know you and talking with you, like a friend would. Imagine a human matchmaking service converted into a Siri-like assistant,” Kevin said. “That’s AIMM. AIMM’s intention is to facilitate a deep, lasting relationship for you.”

Aiming to Become a More Lifelike and Responsive Assistant

Thanks to its recent update, AIMM can offer more value to tech-savvy singles in the dating scene. The app has reinforced its AI so that it can think faster and respond to users in a more human-like way.

This means that users won’t have to repeat themselves or sound out words to be understood. The virtual dating assistant should be better than ever at getting it right the first time. 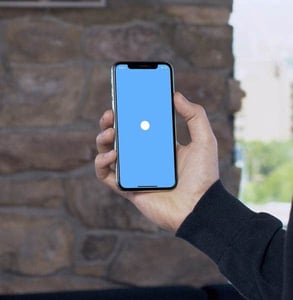 According to the dev team, AIMM is now three times as fast and seven times as accurate as it used to be, and its virtual assistant can adjust its speaking tempo to reflect the individual’s pace. If the user talks fast, then AIMM will speed up to match them. By letting the user set the pace in the conversation, AIMM has fostered more goodwill in the dating scene.

“Generally, people tend to be more comfortable with things and people that talk and feel like them,” Kevin explained.

AIMM’s latest update has made the online experience less frustrating and more fruitful for the end user, but the team still isn’t satisfied. Kevin told us they are currently working on more upgrades, including adding multilingual support, to make AIMM more inclusive, efficient, and intelligent.

“I’m excited for this platform, and I think it has huge potential,” said nickname916 in a review. “Its simplicity is great, and I appreciate that it automatically cuts you off at certain points so you don’t lose hours in the app.”

AIMM Leads the Way to the Future of Matchmaking

In a dating scene crowded with identical swiping apps, AIMM has dared to be different and offer singles something new. The app uses artificial intelligence to act as a friend, guide, coach, and matchmaker to singles seeking relationships online. Its interface and recommendations can power real-life romances without making people jump through unnecessary hoops.

Always looking to the future, the AIMM team is planning more updates and innovations to rock the dating industry — and it even has a TV show currently in development. By partnering with matchmaking companies, dating professionals, and Hollywood, AIMM has raised its profile and developed ways to spread joy and love more efficiently than ever before.

One AIMM user made this prediction: “The way this app builds up interest about potential matches and then creates a singular focus between the two people, I think, will result in a much higher success rate than the rest of the dating app crowd.”