A sad truth about online dating is most first messages are destined to never receive replies. For whatever reason, straight, gay, and bisexual daters all have response rates below 33% on dating sites. Straight men have it the worst of all — averaging a 12% chance of having a first message turn into an online conversation.

This isn’t for lack of trying. Single men send over three times as many first messages as single women do, and they also reply at higher rates (26% to 16%). Yet, for all that work, they’re coming in way under par. Maybe these low response rates have less to do with how often they’re sending messages and more to do with what those messages are saying.

We want to help singles up their averages by teaching them a few sure-fire ways to compose an attractive first message. You can avoid common blunders of other online daters by understanding the factors behind a person’s decision to hit delete or reply. Here are our top nine tips for writing a memorable first message that’ll encourage your crush to respond to you.

Your first message is your chance to make a good first impression and stand out from thousands of people on the dating site or app. If you say nothing but “Hi,” you’ve failed. There is absolutely nothing original in that message. It’s basically the laziest and most meaningless thing you could say. Even if you do get a response, it’ll probably be an equally dull “Hi” or “What’s up?” because that conversation has nowhere to go.

OkCupid found in an internal study that “How’s it going?” has a significantly higher response rate than “Hi.”

According to data collected by OkCupid, saying “Hi” or “Hello” is among the worst ways to start a first message. Online daters who didn’t use salutations received an above-average reply rate of 27%. In the words of the article, “Maybe the ubiquity of the most popular openings means people are more likely to just stop reading when they see them.”

Sorry, but you can’t message someone first and expect them to do the hard work of starting the conversation for you. You have to go beyond a simple greeting and actually say something that’s worth responding to.

2. The Best Opening Lines Aren’t Lines At All

Anyone can deliver a pick-up line in a first message. It doesn’t take a lot of originality to find a list of pickup lines and use one to break the ice. Sure, it saves you the time rather it takes to come up with something original to say, but you’re not going to score points with anyone by doing that. You’re going to sound cheesy and rehearsed.

A smooth line isn’t the best way to start a conversation. You’ll say your line, and the other person will “lol” politely and then move on to someone who wants to talk about something real.

Also, while we’re on the subject, never copy and paste your first message. People can tell, and they won’t appreciate your generic approach to online dating.

3. Talk Yourself Up & Sound As Confident As Possible

Self-effacing comments aren’t a turn-on for most daters. You’re supposed to tell someone why they should consider getting to know you, and dissing yourself is going to send the opposite message. This may sound harsh, but how can you expect another person to like you if you don’t like yourself?

Here’s an example of a bad first message: “Hey, I never get any responses on here, but I thought I would try again anyway.” The point of online dating is to get people to like you, not feel sorry for you, so skip the pity parties.

Instead of bemoaning your poor success rate to a complete stranger, you should talk yourself up and sound optimistic about your chances of getting a response.

Your first message should not include your autobiography or every passing thought that comes to you. It should be short and sweet. The point is to leave your online crush wanting more — not skimming long-winded sentences about your likes and dislikes. 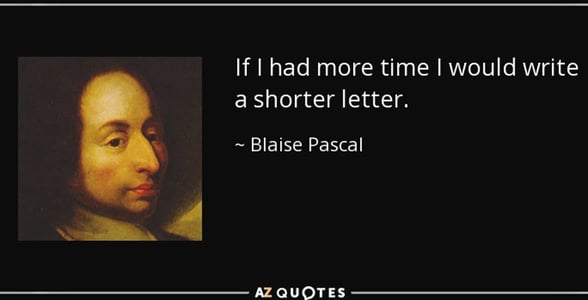 Though the goal is to keep your message short, you should still put time and thought into it.

MeetMindful recommends online daters stick to the three-sentence rule. You introduce yourself, say something witty, ask a question, and get out of there. You don’t want to talk that person’s ear off in the first message. Just say enough to capture his or her attention.

In your first message, you should absolutely include a specific detail about the person you’re talking to because doing so will make you stand out from all those dummies out there using canned lines and generic greetings. You’ll show that you took the time to actually look at the profile and think about why this person — in particular — would be a good match for you.

That’s a flattering move. People want their dates to read their profiles and like the information they chose to put on there. If you show appreciation for how they chose to present themselves, they’re going to like you for that and feel like the connection is built on something solid and real.

“If you read a girl’s profile and can’t think of a question to ask her based on the information there, don’t message her at all.” — MenAskMen.com

When you go through a person’s profile, look for the things you have in common or ask about something you’ve never heard of. For example, you could say, “I like your taste in TV shows. Have you been binge-watching anything good recently?”

Whatever you say, you should definitely talk more about the other person rather than yourself in that first message. According to a study of over 167,000 first contact messages, the messages that receive the most responses have a more frequent use of the word “you” and a sporadic use of the word “I.”

While giving compliments is usually a great move for a dater, it can come off as a little creepy when coming from a stranger online. Save it for the second or third message. The context of your compliment matters.

When you meet someone in person, feel free to be complimentary. According to Match.com’s 2017 survey of American singles, 94% of women like receiving compliments on their appearances on a first date. But in a first message, saying something like “I love your smile” or “You have a great body” is most likely going to turn someone off because it’s just cheap. You’re trying to become intimate way too quickly.

Remember, this is a complete stranger, and you need to be respectful of that person’s boundaries. As Ludacris would say, “You don’t know me like that.”

7. Don’t Try to be Someone You’re Not

I know this is going to sound crazy, but people on the internet lie sometimes. They exaggerate their importance or fudge the facts to make themselves look good, and they fool people into thinking they’re someone they’re not. In a survey of 1,000 single men and women, 53% of Americans admitted to lying on their dating profiles. Men lied most often about their jobs and their height, while women lied most often about their weight and their age.

Maybe it’s tempting to lie because you can basically say anything and be anyone you want when you’re online, but catfishing — aka luring someone into a relationship by creating a fictional online persona — is not a long-term dating strategy.

“Unless you are happy living in cyber space indefinitely, your misrepresentations will no doubt come back to haunt you.” — The Huffington Post

One-third of singles surveyed said falsifying information in their dating profiles prevented them from landing a second date.

It sounds corny, but the best thing you can do when starting a relationship is be yourself. The other person should like you for you — or it’s never going to work out. If you’re funny, be funny. If you’re sincere, be sincere. Sure, you can lie and hoodwink someone into agreeing to a first date, but they’re going to see the real you eventually. Then what’s your plan?

Before you hit send on your witty, honest, and straightforward message, you should run it by spellcheck and make sure your grammar is correct because typos can actually lower your chances of getting a response on a dating site.

According to Bustle, 65% of women consider poor grammar a dealbreaker, and a misspelled word could decrease the chances of a message getting a response by as much as 12%. The people in the survey said they disliked blatant spelling errors and the misuse of commas and apostrophes because it indicated the person was unintelligent or uneducated. Ouch. You can avoid this harsh judgment by proofreading your messages.

9. Close With a Question or an Invitation

The last thing you should do in your message is give your crush something to say in their response. Asking a question is the easiest way to accomplish this. It doesn’t have to be anything overly deep or creative. A simple “What’s your favorite movie?” or “What was/is your major in college?” will do just fine.

You can also use the last line in your message to make some sort of offer. For example, “Would you like to get drinks sometime?” or, if you want to be really forward, “Can I get your number?” Just remember not everyone moves at the same pace, so while some online daters might be happy to meet up ASAP, others may not feel comfortable going out until you’ve chatted a while.

If you want to invite someone on a first date in the first message, keep your tone light so the other person doesn’t feel obligated to either say yes or never talk to you again.

Stand Out by Being the Best Version of Yourself

Response rates are relatively low on most dating sites and apps because people are busy — they have limited attention spans and not enough time to sort through every mutual match and one-word message that comes their way. Online daters learn to weed people out based on that first message — which makes it critical that you say the right things and put your best foot forward. Because you probably won’t get a second shot.

When composing your first message to a cutie online, think about why you want to contact that person and what you have to offer them. If you avoid generic language and frame yourself in a positive light, you can increase the chances that you’ll get a reply in your inbox.

“Be honest and say what you feel,” writer Elizabeth Entenman advised online daters. “That doesn’t mean you have to be overly forward or aggressive; it means that if you’re interested in somebody, it’s OK to be clear about it. After all, isn’t that what you signed up for when you joined an online dating site?”

Go Jauntly Inspires Daters to Take a Stroll Outside

If You’re Looking for a Relationship, These are the Apps We Recommend

Facebook Dating: Is It Legit & What are the Alternatives?
See All Articles »
Industry Trends