The Scoop: In 2001, the World Singles Networks launched SoulSingles.com, a dating site for black singles, to connect a diverse community around the world. The site found its footing and grew its audience by offering high-tech tools with a human touch. Today, under the leadership of CEO Darren Romeo, SoulSingles is set to launch profile features that will highlight personalities and facilitate matches based on shared interests. In the last year, the team has developed innovative updates and solutions to streamline the online dating process and stay in step with its global membership base.

When I first started online dating, I put a lot of stock in the match recommendations in my inbox. I thought the algorithms knew something about me that I didn’t, and they must be suggesting this particular profile for a reason. Now my expectations are a little more realistic.

I’ve found the match recommendations across different dating sites are about as accurate as throwing a dart at the wall. Sometimes it hits, and sometimes it’s a little bit off. Rather than a personalized list of people who meet your exact criteria, it’s more like, “Hey, this profile has something in common with that other profile you liked. Do you like this one, too?”

Most of today’s dating sites and apps use an algorithm to approximate compatibility, and these automated matching systems can seem impersonal or ineffective to the average user.

SoulSingles.com CEO Darren Romeo described online dating as an increasingly salesy environment. “Many in the industry have reduced the exploration of love and meeting people into something more akin to shopping on Amazon,” he said. “People are just products to weigh and consider. What about fun? What about excitement and adventure?” 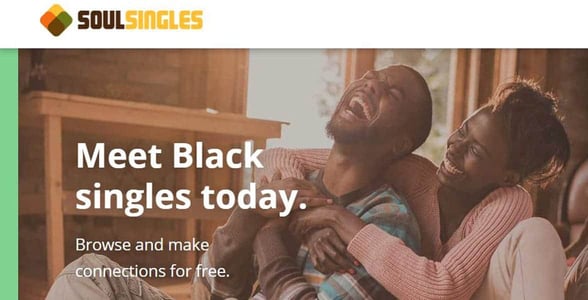 SoulSingles is a niche dating site for black singles looking for friendship or romance.

SoulSingles is on a mission to bring the fun back into dating and connect singles based on true compatibility. As part of World Singles Networks, this niche dating site reaches out to the black community with an empowering message and a fun dating environment. In the last 17 years, the international network has created over 4.5 million connections around the world.

Darren believes love is more than a computer formula, and he’s leading SoulSingles away from algorithms and toward more organic networking tools.

“Our big goal is to transform the world,” he said. “Seriously, imagine a world where our relationships are just 25% better. Think about that. There is power in love. By helping people make more authentic, real connections in the world, we will shift things.”

In the next year, SoulSingles will launch personality-driven features designed to bring singles together based on common interests. The dating site will add music, book, and art collections, so members can show off their tastes and create a more dynamic first impression.

“Authenticity is the way forward,” Darren told us. “You’ll be able to see and hear and sense more of what people are about.”

SoulSingles has also simplified its communication and chat tools, so nothing stands between singles and a new crush. The dating site plans to create more authentic connections online by allowing singles to connect and get a full sense of who the other person is more quickly.

SoulSingles has developed features that highlight the user’s personality and interests.

Going forward, SoulSingles members will be able to understand what goes on behind-the-scenes in the matching process because the team plans to become more transparent and share more of their internal data with users. That way, singles can see where others have been successful and learn how to make a match online.

With plenty of plans on the horizon, SoulSingles is differentiating itself as a natural hangout for black singles the world over. Its personality-driven profiles, simple communication features, and informative match system make the online dating experience more effective and more enjoyable.

“We’re our most magnetic when we’re doing what we love and when we’re being who we like being,” Darren said. “We’re building tools that help you share what really lights you up.”

The World+ Program Lowers the Boundaries to Love

Leon Jackson joined SoulSingles in search of a passionate and lasting love, and he soon met the woman of his dreams. She was living in Ireland, and he was living in New York City. But they fell for each other after sending messages on the dating site. They arranged to meet in person in New York, and the connection grew from there. According to Leon’s testimonial, the couple are planning to live together in her home country of South Africa. 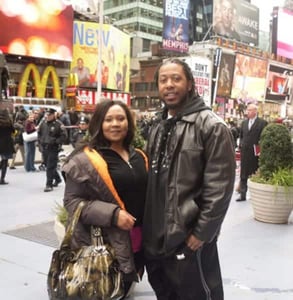 Leon Jackson met the love of his life on SoulSingles, and they traveled thousands of miles to be together.

It’s safe to say this international romance would not have been possible without SoulSingles. Leon could hardly travel the globe in person in search of love. However, the SoulSingles dating network gave him the opportunity to expand his search on a global scale and find the right woman.

The dating site’s worldwide network has inspired love across borders, and the SoulSingles team embraces that in its World+ program. This feature allows members to browse for and interact with date prospects living in different countries. Now singles can search far and wide for a truly compatible companion.

In 2019, Darren said he expects the site’s global membership to expand and foster more international connections. He sees great promise in the network’s ability to unify people around the world. Instead of viewing proximity as a dealbraeker, SoulSingles encourages singles to broaden their horizons and pursue date-worthy folks from all walks of life.

“Our philosophy is that you have to make things happen,” Darren said. “Our robots and cool technologies will help you, but we do not pretend that they can be the hero in your story. You are the hero, center stage.”

As SoulSingles simplifies its processes, its team becomes more in touch with the membership’s needs and desires. The team can now spend less time on the backend and more time talking to singles and getting to know the people using the site on a regular basis.

Organic growth is SoulSingles’ priority, and that takes tremendous care and consideration. Fortunately, Darren’s hands-on team is up to the task.

“We have more time and resources to do what we have fun doing — actually helping people to be more successful in making connections,” he said. “It’s our passion. Call us and see.” Singles in the US can get in touch with the World Singles team by calling +1 (949) 743-2535. You can find additional contact information here.

Although its parent company, World Singles Networks, owns more than 100 web properties, this isn’t some faceless corporation. The SoulSingles team makes an effort to be accessible and friendly to all.

Darren and his close-knit team coach singles on the site to take action and get in the game. Whether they’re walking a new member through the sign-up process or encouraging a longtime member not to give up hope, SoulSingles provides meaningful support to singles seeking a partner.

“We’re your cool, down-to-earth wingmate, who just happens to know a lot of real, like-minded people,” Darren said. “We’re passionate about helping you realize your goals and have a lot of fun along the way.”

SoulSingles Gets Back to the Basics of Attraction

Since 2001, SoulSingles has attracted a diverse audience by staying true to its roots and never forgetting that dating is supposed to be fun and organic. The dating site doesn’t ask users to trust in its all-knowing match algorithms — it asks them to trust their own judgment while they search the database for a match.

SoulSingles members can browse through dynamic profiles for free and get a sense of who people are before initiating a conversation. The straightforward chat features support modern singles seeking love and romance.

Distance isn’t a problem on this far-reaching, personality-driven dating site. Thanks to SoulSingles’ global network, black singles can connect with a compatible partner living halfway around the world.

“We’ve stripped out all the BS and and are focusing on helping people to be themselves and enjoy the journey,” Darren said. “Less pretending, more being who you like being and trusting that will attract the people that are right for you.”