The Scoop: Although more than 1.4 million U.S. adults identify as transgender, many still feel uncomfortable meeting new people on dating sites and apps. Some platforms don’t offer gender identity options, which contributes to users feeling confused, pressured, and sometimes judged. Butterfly stands out for its inclusive profiles and membership that looks beyond traditional labels. Butterfly members, regardless of their gender, will find an open community for transgender dating. Singles can get to know each other for who they are and make genuine romantic connections.

More than 1.4 million Americans — or 0.6% of U.S. adults — identify as transgender, according to a recent analysis conducted by UCLA’s Williams Institute School of Law. In some areas of the country — including Hawaii, California, New Mexico, and Georgia — the transgender population is larger. In other places, including North Dakota, Iowa, Montana, South Dakota, and Wyoming, that community is smaller.

But the study makes one thing clear: People who don’t identify as men or women live in every city and town in America. In fact, 0.7% of adults ages 18 to 24 and 0.5% of those 65 and older identify as transgender.

Despite the estimated transgender population in the country doubling in the last decade, some transgender singles say they still find online dating challenging. Part of the reason is the lingering stigma and confusion that members of the transgender community know well.

That means no more worrying about an uncomfortable conversation on a first date that may or may not end well. The app’s profiles are flexible, allowing members to identify as any sexual orientation or gender.

David Minns, a developer from the U.K., designed Butterfly as a platform that benefits the transgender community, and his vision has been well received.

The platform is finding a broad audience — and its members don’t have to worry about being harassed or fetishized. Instead, people can connect on a more genuine and respectful level, which opens the door for meaningful connections — and love.

Butterfly launched in 2020 after the team saw success elsewhere in the dating industry. In 2007, David and his team started SaucyDates, a fun, casual app that gained a significant following in the United Kingdom.

But David said that, as he saw members of the transgender community become frustrated at the disrespectful way that so many popular dating apps treated them, it was clear that something new was needed.

About 34% of Butterfly’s current members identify as transgender. The remaining members, 43% of whom report being cisgender male and 23% who identify as cisgender female, say they are comfortable with dating people of any gender.

To sign up, users don’t have to connect to a social media platform, as they do on many other dating apps. That is just one way that Butterfly prioritizes the privacy of its members.

Users can find and easily message matches through the Butterfly app.

Butterfly does not collect data that isn’t necessary, which means that, if its databases were ever compromised, very little personal data would be at risk. That is by design, as the site is a place for people to share sensitive information.

Even profile pictures are optional, and users are welcome to crop their faces out of their photos. All private messages are deleted and erased from servers after 30 days, the app doesn’t know member birthdays, and GPS locations are only approximate.

Users only need an email address to download the app — available on iOS and Android — and get started. People can create a new email address to use for the account for the ultimate in privacy.

After signing up, users come up with their username or they can select one from a list of about 20,000 usernames generated and approved by Butterfly. That way no one need give away their full name, for safety reasons.

As Butterfly members begin setting up their profiles, they will quickly realize that the site isn’t just for transgender individuals; it’s for everyone. More than 20 different gender options, including Gender Questioning, Bigender, Genderqueer, Agender, Two-Spirit, and Androgyne, greet new users.

Members can choose to describe themselves using one of 10 different sexual orientations, or choose the option to keep that information private. And if users don’t see their personal identity listed, the development team is open to suggestions to make it a more inclusive and comfortable place for online dating. 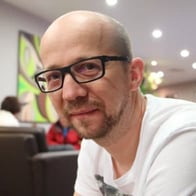 The idea is to develop a platform where anyone can meet someone who interests them for a serious relationship. As described on its website, Butterfly’s mission is to keep dating open right from the start.

“Everyone on Butterfly is interested in dating transgender people, so you don’t get that difficult dilemma, do you tell a new potential partner that you’re trans at the start or after a few dates?” according to the site. “The pressure is removed, allowing you to focus on meaningful and exciting connections.”

Butterfly members are frequently asked their opinions in private surveys that go out after signup. And David said the team takes all concerns seriously, whether they deal with someone on the site being disrespectful, or they deal with a platform problem in general.

Butterfly: A Leader in Transgender Dating

Many apps don’t provide users the tools to create an accurate profile that describes their gender or sexual orientation. That’s why Butterfly has become a leader for inclusion in the modern online dating experience.

Its basic membership is free and includes unlimited browsing, which can also be done anonymously. Basic users also enjoy some communication features, including the Flutter tool, which allows them to let someone know they make the user’s heart flutter. And that can be the beginning of a meaningful romance.

Butterfly recognizes that other sites tend to view transgender dating not as a real experience between real people but as hookups or a way to fulfill a fetish. The site acknowledges the growing population of people who identify as transgender and who are actively seeking companionship.

Instead of relying on matching or swiping technology like other apps and websites do, Butterfly is simple and straightforward. Users express their interest with a Flutter, and things progress from there. The next step is meeting in person in a safe location to see if the butterflies are real.

Butterfly’s welcoming membership and platform is also working to educate singles about appropriate terminology when referring to transgender people. Helping people understand which phrases are acceptable and which are offensive and shouldn’t be used is essential to the site’s mission. The best plan is to ask the individual how they describe themselves, so users can be respectful and enjoy getting to know one another.