The Scoop: Tripp Kramer was once a shy person stuck in the friend zone, and now he’s a dating expert with millions of followers. He mastered the art of attraction and has gained confidence in himself, and now he coaches single men to inspire them to do the same. His success in the dating industry has led him to create a YouTube channel, host a podcast, and write a book, all dedicated to helping single men get dates and build relationships. Tripp’s latest project is an online dating program with pro tips for making the most of a dating profile.

Dating coach Tripp Kramer may seem like a natural-born charmer now, but he wasn’t born with those skills. He had to learn them the hard way — by failing and practicing and failing again until he finally got it right.

Now as a men’s dating expert, Tripp supports shy guys as they work on improving their own dating skills. One single man came to Tripp with very little experience and a lot of insecurities. He had only been on one date with a woman before, and he had no idea how attraction worked.

Tripp identified three areas for the single man to work on: approaching women, starting conversations, and following up after a first date. 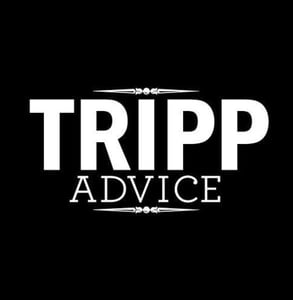 Tripp Advice provides helpful resources on the ins and outs of dating.

The single man who’d only been on one date soon learned everything he needed to turn his luck around.

“It feels like I have the pick of the litter. I’ve dated so many different women and have them calling me,” the man said in a testimonial. “I told Tripp I have a problem now. I have too many women that are calling me!”

That man isn’t the only one who became a relationship stud after working with Tripp.

Another client said it had been 10 years since he’d had a girlfriend. He was having trouble overcoming his awkward feelings on dates with women, and he was missing the keys to a meaningful connection.

After working with Tripp, the man improved his confidence and attracted a steady girlfriend. He said the lessons he has learned are helping him succeed in his professional life as well.

Tripp said his ultimate goal is to prepare men to feel confident and comfortable when talking to any woman. That way, they naturally attract positive outcomes.

“I feel like I’ve been put on this earth to help men,” Tripp said.

Tripp decided to work on his own confidence issues and dating issues while he was a young adult. He was tired of finding himself in the friend zone with his class crush, and he wanted to change the way the women he met perceived him.

“I had girls who were friends, but I wasn’t able to make anything happen,” Tripp told us. 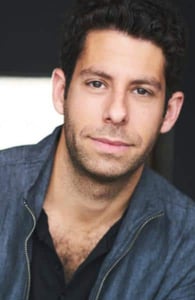 When he moved from Chicago to Los Angeles, Tripp said he committed to figuring out once and for all what made some men more successful than others in attracting the opposite sex.

“I went on a personal journey where I would go out four to six nights a week, learning how to meet women. I also had my own coaches, went to seminars online, and dove into how to meet women and female psychology,” he said.

Tripp challenged himself to approach the most attractive women and learn how to connect with them.

His hard work paid off, and Tripp was successful in meeting more women and having more positive date outcomes. After he had mastered the dating arena, Tripp said he turned his attention to the coaching industry to help other single men follow his lead.

Today, Tripp works with single men in their 20s, 30s, and 40s. These guys have been through failed relationships and faced dating rejection, and they want someone to guide them through the ups and downs. That’s exactly what Tripp does.

“They often have their whole lives together, except for this one part about women and relationships,” Tripp said.

Tripp provides a wealth of dating information for single men. They can read advice articles on his blog or sign up for one-on-one coaching. The coaching sessions typically take place via phone calls and provide a personalized program to improve a guy’s love life.

The Tripp Advice website has a Members-only area where clients can complete video courses, read instructive lessons, and have access to individual advice through text and phone calls.

Not looking for one-on-one advice? Then stick with the online resources. Tripp hosts the “How To Talk to Girls” podcast and publishes other how-to videos on his YouTube channel, which has over 1 million subscribers.

Tripp said he has created a lot of great resources to assist straight men looking for love. His book “Magnetic” details how to be more attractive to women by developing both inner and outer qualities. He invites men to assess and retool several aspects of their lives, including their behavior, personality, appearance, lifestyle, and career.

“The popularity of my media has grown over time, and I want to help as many men as possible attract the women they’re interested in,” Tripp told us. “My goal is to put out the best content possible, but I want to keep it simple.”

During the pandemic, Tripp’s business hasn’t slowed down, and in fact, he has offered his clients more efficient ways for connecting with women. His most recent course is called Online Domination, which helps men revamp their dating profiles to appeal more to women.

“I work with guys who feel they’ve tried everything with online dating but need a few tweaks to their online presence. It’s so simple, I can’t believe I wasn’t doing it before,” Tripp said.

Tripp can also support men who are adjusting to the new normal of video dating. Some clients enjoy connecting via video because it saves them time and money, but others still feel uncertain about how to approach a conversation in this medium.

Tripp Kramer Teaches Men to Believe in Themselves

Tripp is a supportive wingman for men in the dating scene. He has worked with men dealing with a variety of personal issues. Some are virgins with self-esteem issues, and others are recent divorcees who aren’t sure what they want. No matter their story, Tripp said he works hard to ensure it has a happy ending with the right woman.

Tripp has given consolation and advice to men who are at their wit’s end when it comes to dating. One man told him he was ready to give up when Tripp convinced him to give love another shot. That client is now in a committed relationship.

Tripp said he feels gratified whenever he’s able to help men overcome challenges. He attributes his success to his empathy for the guys coming to him for advice. He said he remembers asking the same questions himself once, and the answers took him on a journey of empowerment and growth that continues to this day.

“I understand the pain and problems my clients go through. When they end up building self-esteem or find a girl they like, I know what that feels like,” Tripp said. “They’re learning from a guy who also went through it. I have a better way of teaching men the ins and outs of social dynamics and how dating works in a way that gets them results.”