The Queen of Dating Jenn B. Launches Speed Dating & Singles Events With a Heartwarming Twist

The Scoop: Jenn B. started her career as a special education teacher, but her desire to help people extended beyond the classroom and led her to enter the dating industry. In 2012, Jenn was crowned The Queen of Dating because of her talent for advising singles in Sacramento. She has made a name for herself by organizing unique speed dating and singles events while also coaching singles in dating seminars and one-on-one sessions. In 2018, Jenn B. launched a new company, J. Brian Events, to plan memorable weddings, proposals, vacations, and other love-oriented events throughout Northern California. On a mission to make the world a kinder place, The Queen of Dating has recently partnered with nonprofits and dating professionals to host charitable events that bring singles together and support a good cause.

Jenn B. has always excelled in school. She graduated college with honors and then earned her master’s degree and teaching credentials in multiple subjects, including history and special education. She became a teacher to help others thrive in the academic world, but she soon wanted to help people succeed in other areas of life as well.

In 2012, Jenn started blogging under a pseudonym to share her dating experiences and insights with a global audience on the web. She fostered a virtual classroom where she taught readers everything she knew about love, sex, and relationships, and she even learned a thing or two from them along the way. 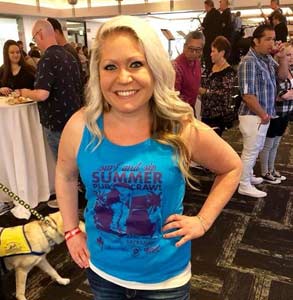 Jenn B. is a charismatic dating coach and events planner in California.

Once Jenn realized how many modern singles were struggling to find love, she decided to do something to help them and began organizing singles events in Sacramento.

Soon Jenn B. became known as The Queen of Dating, a name that stuck with her as she built her brand and reputation. Today, Jenn is a full-time dating coach and events planner based in Sacramento. She has appeared as a dating expert on many local talk shows and is a regular guest on Good Day Sacramento, Studio 40 Live, The Morning Blend, and Sac & Co.

When she’s not coaching singles one on one, Jenn keeps herself busy by partnering with professionals in the industry, reaching out to singles in turmoil, and putting together one-of-a-kind events around town. She has planned a dream wedding and reception in under 24 hours (twice!), and she has also helped surprise proposals and singles events go off without a hitch.

“I do so many events that I forget how much I do!” she told us. “Right now, I am blending giving back to community with dating, and my focus is on bringing people together to think beyond themselves and to create a positive and productive social dating atmosphere.”

Unique Themed Mixers Will Appeal to Singles Over 40

Jenn worked as a special education teacher for several years and learned how fulfilling it can be to devote yourself to a good cause. “I have always enjoyed being able to help and to give back,” she said.

Throughout her career as a dating coach, Jenn has given her clients the hope and inspiration they need to move forward and find love. Now she intends to touch their hearts in a deeper way by organizing events where they can be social and charitable at the same time. 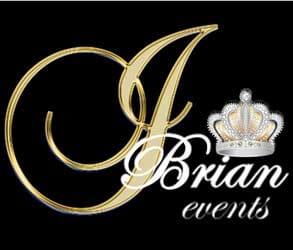 In addition to her coaching business, Jenn has launched a full-service event planning company called J. Brian Events to organize events that give back to the community. The new company will be a force for good in Northern California, and Jenn will encourage her clients to make a difference and make a friend at events that involve acts of charity.

“Launching the new company gave me an opportunity to partner up with nonprofits and plan fun, unique events,” she said.

Meanwhile, The Queen of Dating will continue organizing speed dating and singles events around town. Jenn told us she plans to cater these events toward the over-40 age group, a demographic which is largely dissatisfied by and skeptical of online dating.

Face-to-face events give singles a chance to put down their smartphones and computers and make a real connection in real time. Jenn said her the engaging themes of her events will also encourage participants to feel at ease and have a great time starting conversations with local singles.

“In an age when technology is at our fingertips, I am relaunching speed dating and social mixers with a new twist,” she told us. “Each event will be themed and give singles the opportunity to meet potential mates.”

Jenn’s charitable events have received much fanfare. It’s not often you see a dating coach dedicate herself so completely to giving back, and that altruistic drive has made The Queen of Dating reign supreme. Many of Jenn’s loyal subjects have welcomed her charitable endeavors as a much-needed break from the hustle and bustle of dating.

Jenn told us adding a charity component to her event planning business has gotten a lot of people’s attention, and she’s seen an increased number of attendees offer to help out with her events. The idea of getting involved in a good cause gets people feeling excited and fulfilled, and that’s a great energy to bring to event planning, especially in the modern dating scene which is rife with disappointment. 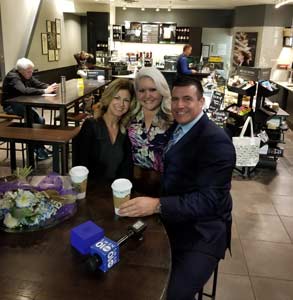 In 2018, Jenn B. helped arrange a surprise proposal at a coffee shop.

A singles-oriented charitable event can make burnt out daters feel optimistic again, and it can do a world of good for the community.

“So far, everyone has been extremely excited for the additional social activities and the ability to meet more people face to face,” Jenn said. “Meanwhile, my ability to reach more people grows daily with each social media share.”

Jenn’s events have given her the chance to work alongside many thoughtful and generous professionals. She has partnered with The Love Harder Project, an anti-bullying organization created by Tim Flannery, who is the former third-base coach of the World Series Champion Giants. They organized a baseball-themed pub crawl in August 2018.

Additionally, in the next few months, Jenn will work closely with the Milagro Event Centre to make sure her events have a fantastic venue — i.e. one of the center’s nine bars and restaurants — to house her good works.

In the next couple years, Jenn plans to expand her reach in the dating industry and offer her events to singles from all walks of life. She is currently looking to expand to serve more cities in the Bay Area and Lake Tahoe region, so people throughout California can come together and make the world a little kinder, happier, and more loving.

Jenn is always on the lookout for opportunities to grow her following and launch innovative projects to make dating a more enjoyable and straightforward experience. As her website says, “New events, classes, and activities are constantly being added as Jenn’s Dating Empire grows!”

Whether she’s writing a thesis paper or launching a business, Jenn lives according to the mantra: Just get it done. She pursues her goals with determination and skill, tackling one passion project after another and collaborating with professionals in the industry to further her reach.

As a dating coach and mentor, Jenn definitely rules, and her thoughtful guidance has led many singles to their happily ever afters. Now she has expanded her brand to include singles events with a charitable bent in hopes of making the world a better place, one speed date at a time.

“I would like to see more people getting off their phones and computers and making the effort to meet new people in person,” Jenn said. “When people get out of their comfort zones, they tend to meet more quality people and establish genuine connections.”