The Scoop: Dr. Wendy Walsh has spent decades discussing the evolutionary psychology behind sex. love, and relationships, and she earned her reputation as America’s relationship expert after many keynote speeches and television appearances. Today, Dr. Wendy has started a podcast, which she dubbed Mating Matters, to further explore the biological, sociological, and psychological motivators behind human mating patterns. Under Dr. Wendy’s guidance, Mating Matters fosters a science-driven discussion of the dating world’s hottest topics.

Dr. Wendy Walsh has the credentials to back her reputation as America’s relationship expert. She has a Ph.D. in clinical psychology, and she gives educational lectures about gender dynamics and dating behaviors at the California State University Channel Islands.

Throughout her career, she has delivered keynote speeches at universities, events, and conferences. She shared her insights on the science of matchmaking at the iDate conference in Las Vegas in 2014. She gave an empowering address during Women’s Entrepreneurship Day in 2018. 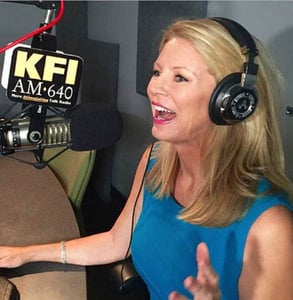 TIME Magazine even included Dr. Wendy Walsh among its list of silence breakers who were named Person of the Year in 2017.

Dr. Wendy has written three books on relationships, including “The 30-Day Love Detox,” which promises to help women get rid of the bad boys and commitment-phobic men in their lives.

Now Dr. Wendy is tackling a new medium and sharing her dating and relationship advice in a weekly podcast. Mating Matters has given Dr. Wendy a platform where she can speak directly to the singles and couples with pressing questions in the dating scene. She sees her podcast as an opportunity to address common relationship issues and delve into the psychology behind good and bad mating behavior.

“Love is much more than a biological event,” she said in an episode called “What is Love?” Dr. Wendy can break down complex emotional questions using a combination of hard data, scientific research, and personal anecdotes.

“Human beings are complicated people, and we interact within layers of important social systems,” she explained. “We all have individual psychology. Our idea of love and what it is and what it should feel like is different for everybody.”

A Combination of Entertainment & Information

Dr. Wendy Walsh and her producer Brooke Peterson put out a new episode of Mating Matters every week. Listeners can check them out for free on iTunes, the iHeartRadio app, and other popular podcast channels.

The Mating Matters team is on a mission to help people understand the whys behind certain dating and mating behaviors. In half-hour episodes, Dr. Wendy addresses the biological, psychological, and sociological underpining of love, attachment, and gender dynamics, offering rational explanations for emotional subject matters. 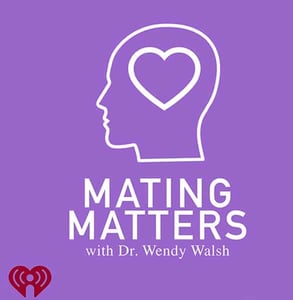 The Mating Matters podcast delves into the psychological and evolutionary principles behind romantic love.

“It really is the culmination of my life’s work,” she told us. “I have an academic curiosity about the science of love combined with a long career in media. I feel like I’ve created the perfect combination of entertainment and information.”

Dr. Wendy said the Mating Matters podcast should appeal to any human who wants to mate at some point in life. It’s full of insightful commentary and probing questions. Dr. Wendy interviews evolutionary psychologists, anthropologists, sociologists, and other professionals who study the science of love, but she also sits down with real singles and couples who can share their experiences.

She takes complex academic ideas and relates them to everyday situations and real-life relationships. Dr. Wendy pulls in examples from pop culture and makes jokes throughout the episodes, which make mating strategy and evolutionary history seem more relatable and relevant. Her wry sense of humor can keep listeners entertained even as they learn something new about themselves or their relationships.

“What Mating Matters does is reveal the whole game board of love, from the perspective of evolutionary psychology,” she told us. “The podcast is even a little humorous at times because we are a funny species.”

Dr. Wendy brings science to life with Mating Matters. She covers a broad range of topics — from mean girls to high-testosterone men — and takes a systematic approach to discussions about dating, sex, and relationships.

She told us every episode aims to answer three basic questions. First, why did a specific human behavior evolve? Second, does it have a reproductive advantage, or is it a vestigial behavior from something else? And, finally, what’s the best human mating strategy to work with this behavior?

The first question looks at the past, while the final question explores solutions for the future of the human race. Dr. Wendy is giving people the answers they need to succeed in their own love lives. 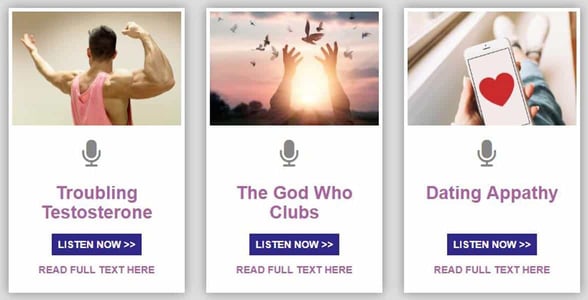 Dr. Wendy discusses motherhood and manhood as well as a slew of other dating-related topics.

Dr. Wendy provides a simple framework to help people understand what’s going on beneath the surface and what they can do about it. She’s straightforward and down-to-earth as she empowers singles to attract and pursue mates.

“Human mating strategy involves competing for mates, attracting mates, getting mates to commit, and guarding them from mate poachers,” she said.

Whether she’s mulling over the role of religion or exploring the history of same-sex behavior, Dr. Wendy’s scientific, nonjudgmental point of view is a breath of fresh air in the dating scene.

Dr. Wendy released the first episode of Mating Matters just in time for Valentine’s Day in 2019. The episode dove right into the subject of mating and offered her thoughts on fertility, fatherhood, sexual double standards, and ovulation as an attractive quality.

Dr. Wendy brought up a study that found that strippers earn more tips when they’re ovulating and posited evolutionary theories to explain why fertile females are the most desirable to the male population. 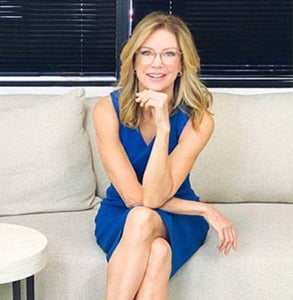 Mating Matters garnered a following of over 160,000 listeners in its first four months, and it continues to expand with every new episode.

Listeners can get involved in the Mating Matters dialogue by using the call-in line to leave comments, ask a question, or suggest topics for future episodes. Dr. Wendy said she takes every bit of feedback to heart, and she has organized entire episodes around an individual issue.

Dr. Wendy has heard from wives concerned about pornography’s impact on marriage, and she has talked to singles experiencing commitment issues in today’s swiping culture. Once a 24-year-old man wrote to Mating Matters to say that he’d had over 200 lovers and now just wanted to fall in love. All these personal problems have gone under the microscope in the Mating Matters podcast.

Dr. Wendy also engages with her audience on her social media channels, and she encourages her fans to reach out to her on Twitter, Instagram, and Facebook by using the handle @DrWendyWalsh.

“I have been thrilled to read the thousands of positive reviews online,” she told us. “I feel like we’ve created something that will stand the test of time and is both entertaining people and helping them. That means the world to me.”

As a dating and relationship expert, Dr. Wendy Walsh has a wealth of knowledge to share with lovestruck couples, sexually frustrated singles, and everyone in between. She views mating and reproduction as the ultimate evolutionary goal for humanity, and her Mating Matters podcast is her way of supporting people on their journey to ensure the survival of their genes.

Although Dr. Wendy uses scientific studies and psychological truths to make her points, she also has compassion for her audience and their personal struggles. She champions their emotional needs and shines a light on obstacles standing in the way of healthy relationships.

Dr. Wendy told us she wants to chip away at antiquated patriarchal systems and dismantle the gender roles that hold individuals back. She advocates for forward-thinking policies in the workplace: longer paternal leaves, accessible and affordable childcare options, access to reproductive health, and equal pay.

“This will make human mating look a lot more like our hunter/gatherer ancestors, something more natural for our species. We’ll all do better then,” she said. “I want to see the genders become more aligned and equal. We are moving fast, but not fast enough.”