The Women, Peace, and Security Index Assesses Countries Based on Women’s Well-Being & Empowerment

The Scoop: Backed by a multinational research team, the Women, Peace, and Security Index measures women’s well-being on a global scale and ranks 167 countries based on how well they treat women. The Index relies on data points that capture key aspects — ranging from discriminatory laws and violence against women to education and employment — to highlight the achievements and shortcomings of countries around the world. The 2019 WPS Index ranked U.S. 19th in the world in women’s equality and well-being, and highlights that only two-thirds of American women feel safe walking alone in their neighborhood at night.

The Women, Peace, and Security Index is an ambitious undertaking, to say the least. The researchers review and put together data from the UN, World Bank, and Gallup World Poll for 167 countries and use financial, legal, and social indicators to determine how women are doing country by country.

The index aims to answer many pressing questions regarding gender equality and women’s security. Do women feel safe at home and in their communities? Do they have a fair shot at achieving financial independence? Are they treated equally under the law?

No other global studies can answer these questions conclusively. The World Economic Forum discusses the gender gap in the financial sector, but it doesn’t cover justice, discrimination, and security in the home or in the community at large.

“We saw ourselves as bridging that gap,” said Dr. Jeni Klugman, the Managing Director of the index. “It’s not just about if women are educated and have a job but whether they’re staying safe at home and in their communities.”

The 2019 Women, Peace, and Security Index ranks 167 countries based on measurements in the home, under the law, and in society as a whole. The study looks at women’s participation in the economy, and it also reflects how likely they are to encounter intimate partner violence. The result is a more comprehensive measure of women’s well-being throughout the world.

The WPS Index uses hard data and research to advance the cause of global gender equality.

Many media outlets, including National Geographic and NPR, have featured data from the WPS Index to put women’s issues and current events into context, and provide insights on how different countries treat women. The WPS Index has been cited by academic journals, local papers, and national publications, and its audience is as global as its facts and findings.

As a barometer for gender equality and social justice, the WPS Index can speak to where women currently stand and where the largest gender gaps are. The index holds countries accountable for making progress in building safe and egalitarian societies that empower women to live, work, and prosper.

“Our overall objective is to improve the well-being of women across multiple dimensions around the world, ” said Dr. Jeni Klugman. “This is an instrument that can be used by society, by media, and by government policymakers, to better understand where the gaps are and what needs to be done.”

The U.S. Comes in 19th in the Global Rankings

The WPS Index offers reliable data on women’s health and safety on a country-by-country basis, and it has proven useful in academic circles, political debates, journalistic endeavors, and nonprofit work. The index raises awareness about gender gaps and issues in women’s global security, and that can lead to fundamental changes in public policy and help to support advocacy work.

The 2019/2020 WPS Index landing page has seen over 30,000 views since its publication in October 2019, and the U.S. performance data is among the most popular country pages.

Given today’s social and political climate, it’s no surprise that so many people are interested in seeing how women are doing and where we are in the fight for gender equality.

The U.S. has made strides toward greater gender equality, but other developed countries, including the U.K. and Spain, still outpace it.

The U.S. saw the rise of #MeToo, a protest against sexual harassment, and the Pink Wave, an influx of women running for office, in the last couple of years — and the WPS Index’s data suggests that those feminist movements have made a positive impact on women’s well-being and representation in government.

In the coming years, the researchers plan on assessing all 50 states and applying their methodologies to reveal the differences in women’s well-being state by state.

“As far as we can tell, no one has done this before,” Dr. Jeni Klugman said. “It’ll be a very interesting exercise to examine and rate all 50 states.”

By and large, the 2019 WPS Index saw positive growth and advancements for women in most parts of the world.

“The good news is that progress has been made in all but one of the countries included in the WPS Index,” said Dr. Jeni Klugman. “Over 60 countries saw a significant improvement, which we defined as a 5% rise in two years. Only Yemen did significantly worse.” 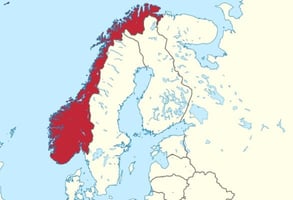 The 2019 WPS Index recognized Norway as the best in the global ranking of women’s well-being.

WPS Index researchers found that women’s access to financial services is improving in most countries, but it is significantly lagging in places where women are affected by conflict, where on average only 1 in 10 women are financially included.

Countries experiencing significant conflicts — Yemen, Syria, and Afghanistan, to name a few — often have the least protections for women, and many of them have lost ground in the WPS Index. By identifying where women are struggling, the index can prompt necessary changes.

Women often require resources and support to leave abusive situations, and some countries have agencies and services to fill that need, while others lack the support and infrastructure to deal with the problem. The researchers are looking at patterns to see which policies and programs across countries can help protect women against repeated abuse throughout their lifetime.

The WPS Index has the ability to shine a light on countries that foster greater social justice and public welfare, while also pointing out areas where countries fall short of the ideal.

For instance, while the prevalence of organized violence has fallen in most parts of the world, it is still an issue in Yemen where the number of deaths due to armed conflict in that country has almost doubled in just two years.

Oftentimes a change in leadership can spark monumental changes in policy, so the WPS Index tracks how representative governments are in terms of gender. Women’s representation in government positions is on the rise in most developed nations, but women still only make up 22% of parliamentary positions worldwide.

“The progress overall is too slow, and it’s very uneven,” Dr. Jeni Klugman said. “The particular aspects which are most concerning are women’s employment, stuck below 60%, and that number is falling everywhere except in parts of Africa.”

How Comprehensive Data Can Lead to Lasting Change

The WPS Index evaluates countries through a range of gender-based measurements and points out their strengths and weaknesses. The researchers emphasize that no country is perfect, and every country could do more to protect, nurture, and empower women.

“Basically, no country does well across the board,” Dr. Jeni Klugman said. “There are shortcomings in political participation, economic opportunities, and women’s exposure to violence even among the richest counties in the world.”

Gender equality is a universal agenda that impacts people from all walks of life. The WPS Index makes it clear that oppression and domestic violence isn’t just a problem in one particular region or in one certain culture. It is a systemic issue that reaches rich and poor, old and young, East and West, and everyone in between.

“We want to draw attention to the universality of the agenda,” Dr. Jeni Klugman said. “We put a spotlight on achievements while taking note of where there are still major challenges.” 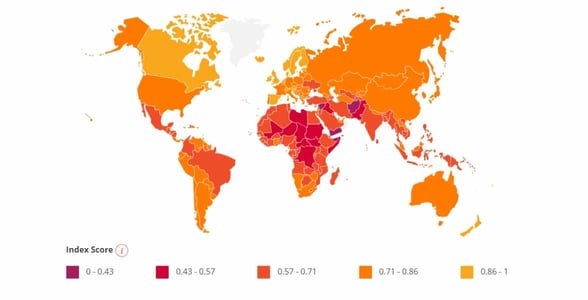 Gender equality is a universal issue, and the WPS Index looks at it through a global lens.

The WPS Index offers an important litmus test that can prompt citizens and leaders to think about their position in the world and their treatment of women.

Looking to the future, the WPS Index will endeavor to dig deeper into the issue of legal protections for women. The researchers are interested in seeing not only whether countries have laws protecting women, but how consistently and stringently those laws are enforced. Some countries have laws on the books that are not enforced in practice, so it’s worth looking into this discrepancy.

“The aim is for governments to undertake reforms which are needed to help ensure women feel safe and secure, and to have the opportunities in the economy and society that are open to men and boys,” said Dr. Jeni Klugman. “We’ve seen that providing information and analysis, alongside bench-marking performance against neighboring countries over time, can be useful in getting the attention of policymakers, journalists, and others on the ground.”

From women’s employment numbers to political participation, the WPS Index covers a broad range of statistics regarding gender equality, and it serves as an important standard for countries around the world.

The U.S. may fall short in terms of financial inclusion and intimate partner violence, but it also makes gains in other areas, and it’s important to recognize those achievements while acknowledging how far we still have to go to achieve true representation, inclusion, and social justice.

Dr. Jeni Klugman told us the WPS Index exists to prompt discussion and informed debates, and she hopes to see it push societies toward more progressive policies and standards.

“It’s incredibly rewarding when you see the ways in which it’s been welcomed by civil society groups,” she said. “You can provide data in ways that are useful and accessible to people to help advance an agenda which I think many people share.”