The Scoop: NOCD Therapy supports people who have obsessive-compulsive disorder by offering direct access to a specialized treatment program. The website and app promote effective therapies that tackle obsessive thoughts and behaviors in a positive way, and its community forum facilitates conversations about how to stop OCD from derailing one’s career and relationships. Singles can join NOCD Therapy to video chat with a therapist, track their symptoms, and maintain a healthier frame of mind for dating, relationships, family life, and their careers, among many other aspects of life.

This mission is personal to Stephen because he has been battling OCD since his college days. 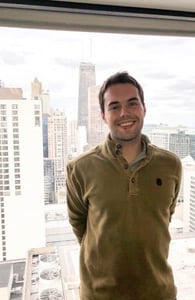 In 2014, Stephen was a football quarterback at Trinity University, a private liberal arts college in San Antonio. It was his sophomore year, and he had just gotten into his first serious relationship. Everything seemed to be lining up in his life, yet something was amiss.

Over the summer break, he started to experience intrusive thoughts. He continually questioned himself even though he had no logical reason for doubt. He searched the internet for answers and went to therapy, and he still couldn’t figure out what was going on inside his head.

Within months, he had dropped out of college and was scrubbing floors at a gym to pay his rent. He avoided leaving home whenever possible because just seeing another person at the grocery store could trigger a spiral of paranoia and anxiety.

“OCD came out of nowhere, derailing everything,” he recalled. “It took a lot of time and money to access effective treatment, but once I did, I was able to get better.”

Stephen found many obstacles in seeking treatment for OCD. Only one therapist in the area offered an exposure and response prevention program — it had a seven-month waiting list and cost thousands of dollars. He could rely on his girlfriend and his family for support, but he knew not everyone was as fortunate.

In 2016, Stephen developed NOCD Therapy to be an online support system for the 180 million people around the world who live with OCD.

NOCD Therapy now boasts having the world’s largest community of people with OCD, their supporters, clinicians, and researchers. Its resources can help individuals learn about this mental disorder and find effective treatment that is affordable and accessible through its telehealth platform.

Obsessive-compulsive disorder can manifest in many different ways — from stringent handwashing to over-analyzing relationships. If left untreated, this condition can lead to substance abuse, self-harm, and depression. NOCD Therapy tackles this issue by using a combination of clinical, scientific, and digital healthcare expertise.

“OCD provides online therapy for OCD,” the team explained. “Inside the NOCD telehealth platform, people with OCD can do live virtual therapy sessions with a licensed therapist that specializes in OCD as well as get support between sessions from peer communities and self-help tools.”

By selecting a type of OCD on the app, a single person can get instant access to a like-minded peer community and trained therapist ready to offer support.

NOCD Therapy puts singles on track to take control over their thoughts and emotions by working alongside a skilled behavioral therapist. Members can schedule a live video call to talk to a professional about mental health issues and receive a personalized treatment plan. 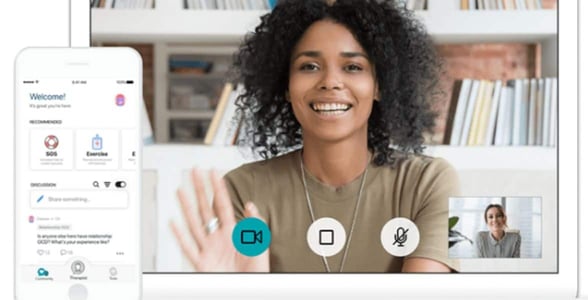 NOCD Therapy can put singles in touch with a therapist who understands what they’re going through.

NOCD Therapy can disrupt negative thought spirals by facilitating one-on-one Exposure and Response Prevention (ERP) therapy sessions. The online platform gives people access to therapy on their terms and through any device — so they don’t have to battle their OCD symptoms alone.

“NOCD live video therapy has been shown to be as effective as face-to-face therapy,” the team said. “Our model is research-backed by a Columbia University Medical Center study, which found a reduction in OCD severity by an average of 40% in eight weeks.”

The live video feature is currently available exclusively to users in the U.S., but the app’s other online treatment tools and blog are accessible to international users.

NOCD Therapy provides a daily task challenge, a community forum, and a symptom tracker to help a single person take action, find support, and hold themselves accountable for changing their habits and their mindset. Which, in turn, can have a positive impact on their professional, personal, and romantic life.

NOCD Therapy offers a comprehensive program that takes a single person from diagnosis to treatment in a few simple steps. The team of therapists make a point to provide a consistent support system and give users actionable goals that lead to better mental health.

NOCD therapists are trained in ERP therapy, and they have seen it work time and time again. 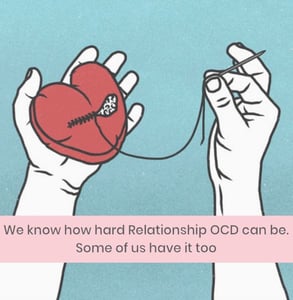 According to NOCD Therapy’s exit survey, approximately 90% of clients who went through the full 10-hour program reported having fewer compulsions and obsessions than they did when they started.

Many users have left positive reviews that praise the app’s hands-on therapy services and educational resources. The NOCD Therapy app currently has 4.5 stars on Google Play and 4.8 stars on iTunes.

Lea S. is a computer engineering student who struggles with OCD, so turning to technology for help seemed like a natural solution. “I searched it and boom! What a wonderful app they’ve made,” Lea said. “It is a perfect app for OCD, especially if your location supports more functionalities, so thank you.”

NOCD Therapy users have said they learned about themselves and felt more in control of their compulsions after using the app’s resources. Some said the therapy sessions made the biggest impact on them, and others were more impressed by the peer-to-peer community supported by the app.

“Thank you for creating this space for us,” Smiles Santana wrote. “Since using this app, I feel like I’m actually a normal person. It’s just nice to talk to people [who] are riding the same waves.”

“This was a life-changing app,” said Tracy in a five-star review. “I met my co-sufferers and I don’t feel alone anymore. My anxiety lowers whenever I use the tools included in this app.”

Stephen hit rock bottom while battling OCD, and it took him a long time to understand what was happening and how to manage his symptoms. When he was down, ERP therapy helped him get back up and move forward with his life. Today, Stephen is a successful tech entrepreneur, and he is engaged to his college sweetheart.

As the CEO and Founder of NOCD Therapy, Stephen said he aims to make proven and effective therapies available to anyone who is struggling with intrusive thoughts and/or compulsive behaviors. The app provides real-time assistance by getting a single person in touch with trained OCD specialists as well as a growing network of community members who have experienced similar symptoms.

NOCD Therapy has revolutionized the way people seek treatment for OCD, and that can make a huge difference in every aspect of their life, including in terms of dating and relationships.

As Stephen said, “By helping our members effectively respond to their OCD fears, we empower them to get better and invest in the positive elements of life — like their meaningful relationships.”