The Scoop: Mamba is a fast-growing Russian dating site and app with over 50 million members worldwide. Slavic singles have used this free dating service’s livestreaming and swiping tools to expand their search for love. Over 65% of users who delete their profiles do so because they’ve found a match online and want to pursue a relationship offline. Mamba makes over 3 million introductions a day, and the platform’s verification and communication features give singles greater confidence in the online dating experience.

The term “Russian dating site” comes with a lot of preconceived notions, but a popular Russian dating site called Mamba aims to overturn those negative stereotypes with user-driven features and authentic dating profiles.

The Mamba team has a vested interest in creating a good experience for Slavic singles, so whenever a member decides to delete his or her profile, the team will always ask for a reason why. 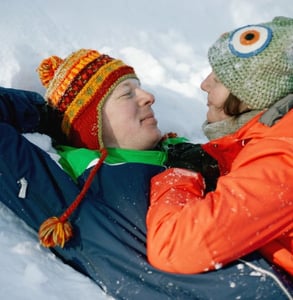 Over 65% of former Mamba users say they are leaving the dating site (or its companion dating app) because they have found a partner through the service and want to start dating exclusively and build a relationship. That feedback is encouraging, and the Mamba team takes pride in having such a high success rate in the online dating scene.

Chief Operations Officer Yaroslav Sergeev told us many of Mamba’s success stories start by saying “I didn’t think online dating would work,” or “I didn’t believe I could find someone who’d make me so happy,” and he said it’s gratifying work to lead a person to their happily-ever-after ending.

Yaroslav has a great appreciation for the life-changing impact a dating site like Mamba can have because he has seen it transform his own life. He counts himself as one of Mamba’s greatest success stories.

About 10 years ago, Yaroslav met his wife on Mamba. “She lived in Kazan — it is almost 1000 km from Moscow — but the distance did not prevent us from getting to know each other because online dating erases all borders,” Yaroslav said. “Now we are bringing up a beautiful son Timofey.”

Mamba has made a difference in countless people’s lives, and Yaroslav’s love story is one of many to come out of this international dating service.

Mamba is a time-tested online dating solution that has reached many Slavic countries, and it continues to expand year after year.

The lion’s share of Mamba singles live in Russia, Ukraine, and other post-Soviet states, but the dating site has seen good growth in Israel over the last year. In the coming months, the Mamba team intends to launch in Turkey to further expand and diversify its membership base.

To date, Mamba boasts having over 57 million members, making it one of the most popular Russian dating platforms available. 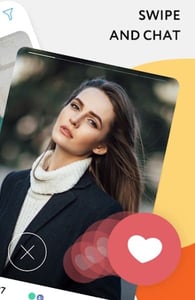 Yaroslav said, “We have been working since 2003, and we have not only got a huge database of profiles, but also plenty of happy dating stories that prove that finding a romantic partner online is real.”

The Mamba dating app has grown exponentially in size and popularity over the last few years. Android users give it 4.2 stars overall, and iPhone users have given it 4.5 stars. Yaroslav said Mamba saw over 1 million installations a month in 2019 and ranked as the #1 downloaded Russian dating app.

From university students to busy professionals to retirees, Mamba’s members come from all different backgrounds, and the team is proud of that diversity.

“Our service is a mirror image of society,” Yaroslav said. “There are absolutely all kinds of people. And this means only one thing — everyone can find a soul mate here.”

Mamba operates under a freemium model, meaning a user can sign up, search, swipe, and chat without paying anything. The free basic plan includes everything a single person needs to make a good match, but there is also a premium membership available for users who want to raise their profile, attract more matches, and get more online dating benefits. 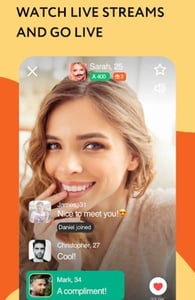 The platform incorporates live video into the online dating experience.

In addition to the traditional searching and swiping features, Mamba has developed a live stream function to help people show off their personality and get attention in a uniquely engaging way. Live streaming is a free feature that more than 11,000 singles take advantage of every day.

Mamba puts safety first by requiring new members to verify their identity through a social media network, and an algorithm automatically checks the profile pictures and removes photos that appear fake, suspicious, or inappropriate. A profile must have a verified photo to be visible on the dating site and app.

According to internal data, more than 3 million people meet each other on Mamba every day, and those connections can lead to real-life dates, long-term relationships, and even marriages.

From the parametric search to the swiping mechanics, Mamba provides a lot of avenues to romance, and singles can have fun exploring different ways to match and connect with local people.

“We are a multiservice application,” Yaroslav explained. “Our user chooses the search and dating path that seems most convenient.”

Mamba has been around for decades now, but it stays fresh by employing bright 30-somethings who have just been through the dating scene and understand what it’s like for modern singles. Many of Mamba’s team members are married with children, and they support strong family values.

“It is important that the dating application is made and promoted by people who are personally happy and understand the value of the family,” Yaroslav said. “In many ways, our employees are accomplished people with successful personal lives.”

These well-established individuals work together to make the Mamba dating site and application the best it can be.

The latest innovation on the Mamba platform is the Interest Tags feature, which allows singles to create unique tags for their dating profile and search by those key terms. That way, someone who’s a big fan of The Beatles or likes to read Leo Tolstoy can find a partner who shares similar interests.

Yaroslav told us many members have gotten creative with the tags, using them to highlight their graduation year, religious beliefs, preferred fashion brands, favorite football teams, policy stances, pet names, among other things. Once a Mamba member creates a tag, it will appear as a search filter option for their account, which means they can search the database in a more targeted way.

The Interest Tags offer a dynamic way to meet new people, find common ground, and start a conversation, and it’s also a great way to personalize a dating profile.

As an international dating service, Mamba has a broad appeal among singles who are searching for romance, friendship, and love, but some new members still have reservations and concerns about meeting a partner through an online dating platform.

Fortunately, the Mamba dating site looks after its members from the moment they sign up until the moment they close their account. Yaroslav said his goal is to see every member come away with a success story like his, and the team continues to develop features, expand to different countries, and change the way people think of Russian dating sites.

Mamba’s positive reviews and testimonials can show skeptics that it is possible to build a lasting relationship with someone online.

“People have many preconceived notions, and it is quite difficult to clear the public consciousness from these social stigmata,” Yaroslav said. “But I hope that by developing and promoting Mamba, we will contribute to this process, and people will finally understand that meeting online is as natural as in real life.”