The Scoop: Golden Bride can open singles up to a world of romantic possibilities by facilitating introductions across borders. Since 2013, the international dating service has helped Western men explore the Slavic dating scene and meet single women who are ready for marriage. Golden Bride works alongside dating agencies in Ukraine and Russia to ensure members can safely use the site and app to get to know an international date.

International dating services can sometimes get a bad reputation in the industry. However, some professionals are working hard to overturn the stigma against so-called mail-order bride services and show a different side to the business of introducing singles overseas. 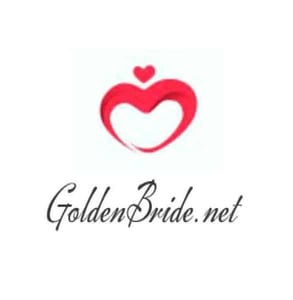 Golden Bride paves the way for romance between international daters.

Golden Bride was established as an upstanding international dating agency in 2013, and it has been going strong ever since. The agency has its head office in the U.K. and works closely with dating agencies in Ukraine, Russia, and CIS nations.

The international dating agency has a strict anti-scam policy and follows IMBRA guidelines to keep everyone safe as they go through the process. For instance, the team checks the passports of the Slavic women featured on the site and runs a criminal background check on single men who register for online correspondence or international travel services.

The Golden Bride team upholds the dignity of its members and shows respect for their search for love and happiness.

“Our mission is based on believing that everyone deserves to find their soul mate,” a spokesperson for Golden Bride told us. “It is very cool to feel that you are doing something important for others — and possibly changing someone’s life forever.”

Golden Bride supports an international dating scene in which a man from the U.S. can chat up a woman from Ukraine without leaving home. The online dating process starts with online communication either through letter writing, instant messaging, video chats, or phone calls.

Golden Bride uses a token-based system to support these premium services. The first incoming letter from a woman is free, but after that men must pay for tokens to maintain their correspondence.

The website can assist with translations, and it can also work with local agencies to arrange the delivery of flowers, candy, and other gifts, if desired.

The majority of Golden Bride’s male users are from the U.S., Canada, or Europe, and they tend to be well-established and financially stable gentlemen who are looking for something serious. These men are at an age where companionship is a priority to them.

The most successful Golden Bride members are willing to put in the effort to sustain a long-term correspondence and eventually travel to Eastern Europe to meet beautiful young women in person.

“Our ladies are mainly from Slavic countries,” the team said. “Each of them is looking for her future partner for a happy and long life with her foreign groom.”

Love-driven singles can sometimes be frustrated by mainstream dating services, so Golden Bride expands the search radius to new terrain and makes it easy to connect across borders. By being consistently transparent, straightforward, and helpful, the Golden Bride team has earned the trust of its users and attracted authentic singles from a variety of backgrounds.

Golden Bride has seen a lot of referrals from men who have used the service and then encouraged their friends, coworkers, and family members to try it as well.

“If men want live communication and have a desire to meet a new love interest, they will choose us because we have an impeccable reputation, which is very important for us,” the team said. “Golden Bride always tries to fulfill the needs of its users.”

A Dedicated Team Works Around the Clock to Support Clients

Golden Bride has its headquarters in Belfast, and its 40-person team includes a variety of talent and expertise in the dating industry. 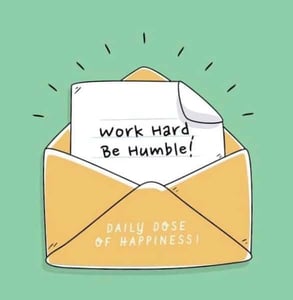 The agency fosters greater positivity and hope in the dating scene.

The Golden Bride office has a friendly and collaborative environment. Team members work toward a common goal and take the dating site’s mission seriously. A bonus system rewards the most successful employees for their creativity and drive.

Looking to the future, the Golden Bride team said it has plans to expand its introduction service to reach China, Vietnam, South America, and Brazil.

Golden Bride has endeavored to put a face to international dating services and provide more direct channels for customer support. That way, singles don’t have to tackle their love challenges alone.

Anyone can contact the Golden Bride team to ask a question, get advice, or troubleshoot an issue with the service. The team typically responds to inquiries within 24 hours.

“Everywhere there are people who are lonely and want to meet their soul mate,” the team said. “Our dating site is ready to help them in this. We are working hard in this direction and already have had some success.”

Over the years, Golden Bride has led to countless friendships, relationships, and marriages between men and women who would not have met otherwise. Its successes range from helping a single man regain his self-confidence to helping a single woman get married and start a family.

The international dating service has made a difference in many people’s love stories, and it has set a YouTube channel where it allows members to share in their own words what their experience was like.

“Registration was very good and easy, and the prices are reasonable,” one man said. “Everything seems good from this side. Now I am waiting for my future wife, and I really appreciate your service.”

“I’ve been on the site Golden Bride just for two months,” said an Italian man who traveled to Odessa to meet single women. “It is a little bit strange, this kind of meeting, at the beginning, but now I am really happy to have done this.”

The international dating service can embolden singles to be honest about what they want.

Golden Bride recently launched a dating application on Google Play to bring its international dating profiles to a mobile audience. The Golden Bride app has the same look and features as the desktop version, and it has earned an overall rating of 3.9 stars from users.

“Good app, easy to use,” said Stephen W. in a positive app review. He was among dozens of Golden Bride app users to express satisfaction with the service.

The Golden Bride team takes each review to heart and uses it as inspiration to continue upgrading, tweaking, and expanding the website and app for the future. “We are directly involved in creating new relationships,” the team’s spokesperson said. “All of these stories are very inspiring and motivating for us.”

Golden Bride is in the business of helping marriage-minded singles reach their happily-ever-after ending, and its success stories include many happy families around the world.

Since 2013, Golden Bride has acted as an intermediary between Western men and Slavic women. Its international dating service has used technology to cross borders and bridge the cultural divide between single people from all walks of life.

“We are doing something good every day by helping couples find each other,” the Golden Bride spokesperson said. “We make our world a little bit better, kinder, and happier.”