The Scoop: For adventurous couples, Eristica provides an opportunity to compete through exciting video challenges. Whether it’s doing a backflip or something a little sillier, the app can bring plenty of fun into a relationship. Eristica can also get couples active together by allowing them to post new challenges and complete those posted by others. Additionally, users can make new connections and even have the opportunity to earn a little extra cash for getting out of their comfort zone.

Back in the mid-2010s, social media news feeds were filled with videos of people dumping buckets of ice water on their heads. The Ice Bucket Challenge was a viral phenomenon, with more than 17 million videos posted online. It spread because each participant challenged five friends to participate, donate to the Amyotrophic Lateral Sclerosis (ALS) Association, or, in many cases, both.

As a result, the ALS Association raised more than $115 million and increased awareness about the condition commonly known as Lou Gehrig’s disease.

It’s easy to see why the Ice Bucket Challenge was so popular: It was fun. Challenges, especially those with video proof, can be a great way to engage with friends or even have fun with a partner. That’s what inspired Nikita Akimov to launch the Eristica Dare app that allows users to post video challenges.

Back in 2015, Nikita was learning to play the guitar, and a friend challenged him to learn 15 guitar solos and post videos of them to his social media page. If he completed the challenge, Nikita’s friend pledged to give him a box of whiskey. 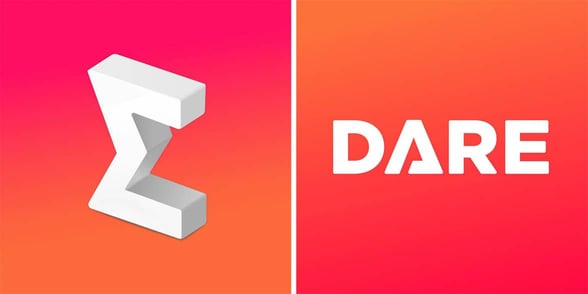 The Eristica Dare app can challenge couples to get out of their comfort zones and have some fun.

“I was excited about the opportunity and the motivation to learn solos,” he said. “I’m not into whiskey that much, but putting the challenge out on social media really inspired me to start doing it. We posted that challenge on Facebook, and it went viral among our friends.”

Soon, his friends were celebrating the skills he was learning, even calling him a rock star. Nikita realized that creating a platform to allow people to challenge others to do awesome things could trigger feelings of engagement and produce some great results. So he and his team launched the Eristica app in 2019 with a simple question: What else could people be challenged to do?

It has quickly taken off as users create videos that inspire others to push their limits and challenge themselves. Many couples enjoy getting in on the action, completing exhilarating dares and bringing a sense of adventure into their relationships.

Eristica’s Dare app is also an excellent platform for singles because it’s designed to get users to try new things.

“We’re helping people get out of their comfort zone and take challenges from friends and family, but mostly from strangers. We thought people would interact primarily with their friends, but, statistically, users are more comfortable taking challenges from strangers,” he said. “This is a great new way to make friends on the internet.”

Already, more than 1.5 million users are having fun while trying wild dares. From doing 150 push-ups in a minute to asking strangers to throw you a tennis ball, people are accepting the challenges and then posting video proof on the app.

Not only can users gain bragging rights in the form of points on a leaderboard, but great videos can earn GOLD in-app virtual currency — and get featured on the front page of the app itself. 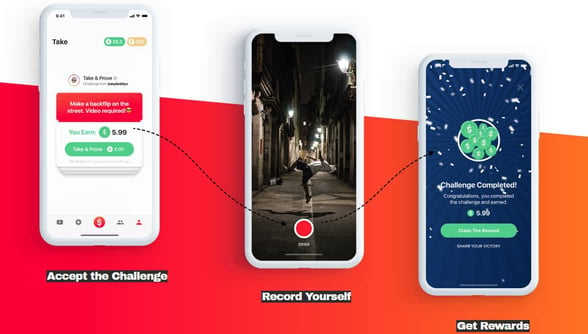 Users can earn money, rewards, and even fame on the intuitive Dare app.

It’s also an exciting addition to parties, where friends can use the app to dare one another and then record themselves completing the challenges.

Users who download the app can start by clicking on the “Open Challenges” button to find a list of challenges to choose from. Once they select, complete, and upload a video, the app community ensures what they posted indeed meets the challenge.

“After you post the video, it appears on the main feed, and other people can vote for it,” Nikita said. “Imagine if someone challenges you to do 100 push-ups, but you post just a black screen. The proof has to be verified by our community. It’s social proof.”

The team behind the app monitors users along with the community to ensure authenticity. The platform bans users who try to cheat on challenges, as that goes against the spirit of the app.

The 15-member team behind the app works around the world, with offices in Shanghai, Singapore, Moscow, and New York. Members bring a mix of creativity, analytical skills, performance, and personality. They work together to target a young adult audience — mostly users between the ages of 18 and 25 — while staying away from challenges that may be especially dangerous or inappropriate.

According to Nikita, one of the team’s goals is to make the world a happier place.

He said that depression is becoming a bigger problem in recent years, and researchers point to the increased use of social media as one of the causes. That’s because so many posts on social media are complaints and other negative content. But the Dare app — available on iOS and Android — encourages people to step away from that negative social media and start smiling.

“When they’re doing the challenges, they get out of their phone and do something real,” he said. “We get them off social media and on to an entertaining platform, where they get a positive reaction.”

For example, one of the most popular dares is the “lick the wall” challenge. Sure, it doesn’t take any skill, but it does require courage to do something silly while being recorded. Nikita said he loves watching the videos because the participant’s face will inevitably break out in a smile.

“That smile is the verification of me doing the right thing,” Nikita said.

He said he also appreciates the positive testimonials he reads online from users who love the gamification aspect of the simple — and the not-so-simple — challenges.

The Dare app has already seen its share of success, but Nikita and his team are working hard to improve the platform by adding new features. Soon, the app will include a multiplayer option that will allow many users to join a challenge together. The team is even taking a page from the Ice Bucket Challenge playbook by connecting with charity organizations and YouTube vloggers to bring attention to important social causes.

“That is very important because we don’t get any of the proceeds. All of those will go to charity, and we’ll bring awareness to important issues,” Nikita said.

For example, he recently returned from a trip to Delhi, which is one of the most polluted cities in the world. He’s planning to partner with an environmental agency to address that problem. Eristica is already connected with a nonprofit agency working to help people in Africa access clean water and healthy food.

To post a challenge, users buy the virtual currency in-app GOLD and upload a video that shows them accomplishing the task described in the challenge details. The Eristica team collects a 3% commission on each challenge — which allows it to give back.

“We give 5% from every challenge that happens on the platform to that organization,” Nikita said.

To stay up to date with all the new additions to the app, Nikita encourages users to follow the app’s blog.

The Dare app is designed to encourage users to be more creative and joyful — and also give back. Singles, as well as couples and friends who participate in challenges, are forced to get active, rather than just sitting and scrolling through a social media site.