The Scoop: Breakups can be complicated, confusing, and painful situations, and some heartbroken individuals need guidance on how to move forward. That’s where My Ex Back Coach Lee Wilson comes in. This dating and relationship expert, who has been interviewed by USA Today, The New York Times, Cosmopolitan Magazine, The New York Post, Glamor, Yahoo Lifestyle, and Daily Mail, among others, can bring clarity to people in the aftermath of a breakup. Lee has created online programs and self-help videos to share his insights on how to rekindle romances and rebuild relationships. Lee’s supportive, pragmatic, and compassionate advice can help singles as they navigate many tricky dating and relationship issues.

Over the last 20 years, Lee Wilson has established himself as a leading breakup recovery coach in the dating industry. He has put in a lot of knowledge and passion to build his brand as My Ex Back Coach. However, he didn’t always know his life’s calling would be helping people recover from breakups.

At age 16, Lee wanted to be an internet marketer and make inroads in the burgeoning tech industry. He was hired out of college by an organization that ran divorce workshops to help married couples work through personal issues and stay together. 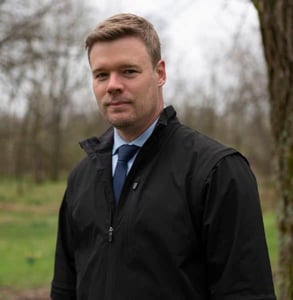 Lee Wilson has worked as a relationship expert for over 20 years.

Part of Lee’s job was to travel with the company president to workshops and speaking engagements where he could learn the strategies, mantras, and materials involved in the divorce recovery process. Sadly, tragedy struck the company while he was still learning the ropes. One of the marriage coaches developed a terminal illness and had to resign.

“He was a great man, a hero of mine,” Lee said. “It was a difficult situation, but the company asked me to temporarily fill in for him while they found a qualified replacement.”

Lee did his best to follow in the footsteps of his mentor, and he proved to be a natural. A few weeks later, the organization asked him if he wanted to get his certifications and become a full-time marriage consultant.

It’s been over 20 years since that breakthrough moment for Lee’s coaching career, and he has since branched out with his own breakup coaching business.

Under the moniker My Ex Back Coach, Lee has encouraged clients to get in a healthy mindset for dating and rekindle past relationships by using proven strategies.

“It’s the most satisfying and encouraging realization I have ever experienced to know that I’m helping people and helping them to live their best life,” Lee said. “It drives me, humbles me, and brings me joy.”

Lee has created custom coaching tracks for people experiencing a breakup or a marriage crisis. The Emergency Breakup Kit teaches men and women the conflict-resolution strategies and attraction principles that can help them reconnect with an ex.

Along similar lines, the Emergency Marriage Kit offers an online course for couples who want to save their marriage from divorce.

Lee is an expert breakup coach, but he made a point to mention that not all relationships can be saved. Some exes are happier being single or have found love with another person. Lee wants his clients to be realistic about their chances of success and understand that they’ll be OK either way.

It takes time for a heartbroken person to work through their feelings and move forward, and Lee can provide soulful guidance every step of the way.

As a breakup coach, Lee offers free relationship advice via his Marriage Radio blog and My Ex Back channel. His YouTube page currently has over 182,000 subscribers. Lee said he releases two new videos each week to answer common questions about recovering from a breakup or divorce.

According to YouTube analytics, the My Ex Back channel has a broad audience with a pretty even gender split. About 56% of viewers are men and 44% are women. Young adults between 25 and 34 represent over one-third of viewers, and another one-quarter are between 35 and 44. Over 72% of viewers are unmarried people.

In terms of geography, Lee’s followers tend to hail from English-speaking countries, predominantly the U.S. and the U.K.

Lee has worked with many types of people throughout his coaching career. His clients have included psychotherapists, neurosurgeons, students, professional athletes, and celebrities. They come from different backgrounds but share a common drive to improve a previous or existing relationship and open their hearts to love.

Lee has been in the dating coaching business for a long time, and he has received many thank-you notes and testimonials from former clients.

One woman wrote to Lee to let him know she had gotten back together with her ex — who is now her husband — and they were expecting their first child.

A client named Marc scoured the internet after his breakup in hopes of finding the right words and actions to win his ex-girlfriend back. He found the advice articles and videos on My Ex Back Coach made a lot of sense, so he hopped on a personal coaching call with Lee.

“Lee’s clear and genuine demeanor made it easier to do what I know needed to be done to get her back,” Marc said. “I would highly recommend Lee’s services if you would like to get your ex back or simply improve the dynamic in your current relationship.”

Marc added that he and his girlfriend are back together, and their relationship has improved greatly.

“The things I learned about female attraction from Lee I will continue to use in relationships.” — Marc, a former client

A woman named Anna said in a testimonial that she felt blindsided when her boyfriend broke up with her after they’d been dating for a year. She wanted her relationship back but didn’t know if it was possible. So she called My Ex Back Coach Lee.

“Coach Lee was simply wonderful. His presence is calming and I could tell that he genuinely cared,” Anna wrote. “I followed the plan that Coach Lee laid out for me. Within the week, we were back together, and we are so in love.”

Lee said stories like Marc’s and Anna’s are inspirational to him and keep him motivated to get up and expand his video library and workshop resources.

Over the last two decades, Lee’s work has garnered him recognition in the news media. He has been featured in USA Today, The New York Times, The Today Show, and Cosmopolitan Magazine, among others.

Lee Wilson Supports People on the Road to Love

Lee entered the dating coaching world in 2000 and found his life’s purpose in the heartfelt recovery work. Now he runs My Ex Back Coach to share a positive message with individuals in the dating scene. He has helped countless people overcome heartbreak, insecurity, and dating anxiety on a journey of self-growth.

Whether he’s working with a newly single person or a married couple, Lee provides insights that reinforce long-term mental and emotional well-being. His goal is to teach people to heal from past hurts and move forward with greater wisdom and clarity.

“When you look to someone for help, you should seek experience, empathy, and genuineness,” Lee told us. “I believe that I possess those three things. I truly want to help relieve pain and help people to love and be loved.”