Julie Ferman Has Brought Together Over 1,200 Couples Through Her Matchmaking Services

The Scoop: Julie Ferman went on a series of bad dates before she finally decided to join a dating service. This is how she met her now-husband, a matchmaker, and was introduced to the dating industry. She was so fascinated by matchmaking and dating coaching that she developed her own strategies for pairing singles with long-term partners. Now Julie runs a successful business in Los Angeles and Santa Fe. Her collaboration with other industry experts and her understanding of the differences between single men and women allow her to provide a unique service.

Julie Ferman was recently featured on our sister site, DatingAdvice.com, and here’s what the article had to say:

When Julie Ferman bought a membership with a dating service back in the late ‘80s, she never expected that one day she’d be making a living as a matchmaker for thousands of men and women seeking the same kind of love she was.

While Julie did find her husband through the dating service, it wasn’t with another member on the dating site. Rather, it was with the guy who sold her a membership. To say it was a whirlwind romance is an understatement.

They hit it off right away and got engaged within five weeks of their first date. A few months later, they got married, and a few months after that, Julie got pregnant with their first child. 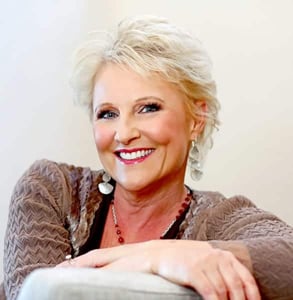 Julie Ferman has been a matchmaker for more than 20 years.

A month before her due date (the same day she quit her job to move on to her new role as a mom), her husband mentioned that he needed a new salesperson to help sell memberships. Julie decided to step in, and she continued working with him for the next seven years until he got out of the matchmaking business.

Julie, however, took the skills she had learned and started her own company, or as she jokingly called it “a better spouse trap.” She set out to be client-centric and help busy singles find people they would have a high chance of hitting it off with.

“I thought, ‘What a fun job this would be to talk to people all day long about dating, love, and romance and give them a more dignified alternative instead of throwing yourself out there on personal ads online,'” she said.

While Julie is a fan of dating sites, she said they often can’t provide the same results as a real human being — one like herself who uses her experience and instinct to pick and choose singles who seem to be compatible.

You can read the rest here.