The Scoop: Singles can find plenty of success online, especially if they have the right profile. But, if writing isn’t your strength, you may struggle to create a profile that sets you apart from others. That’s why Evan Marc Katz founded e-Cyrano as a service that pairs professional writers with singles looking for honest feedback on their profiles — or help crafting them to attract more people. With an engaging, well-written profile, singles can improve their chances of finding more meaningful connections that could turn into something more.

Sometimes online dating profiles may feel like they’re all the same. How many singles say they like traveling, long walks on the beach, and good food? Who isn’t looking for a best friend, lover, or partner in crime? Many guys like hunting, camping, and sports. The profiles of female online daters often include details of how much they enjoy their pets and spending time with friends.

The photos may be different, but it can be hard to judge compatibility when profiles seem so generic — or worse, boring.

That’s why many singles who are serious about finding connections online turn to e-Cyrano. The service pairs professional writers with singles who want to showcase their unique, attractive qualities. A strong profile helps others better understand a person’s personality and may motivate them to reach out to make a connection.

“With an e-Cyrano profile, anyone can figure out what to say to you. They have 20 things to grab on to,” said e-Cyrano Founder Evan Marc Katz. “Suddenly, you’re starting a conversation about something real rather than ‘What’s up? Nice profile. You’re cute.'”

Evan created the service to complement his relationship coaching practice, in which he works with many single women. He said his goal is to provide people with the tools they need to control their love lives — both online and in the real world.

It’s a lot like being a personal trainer at a gym, he said. Many people think that the gym doesn’t work because they’re still a little overweight, but in reality, they may need a little more dedication and professional guidance.

“People get stuck in their way of doing things, and they conclude that dating sites suck,” he said. “There isn’t one perfect dating app; it’s what you do with it. It’s how you market yourself, how you communicate, and your mindset going into it. There are a hundred things you can do to move the needle and have success.”

Additionally, Evan said e-Cyrano was the first online dating profile writing company created, and it has more success stories than many similar services have clients.

A Former Film Writer Fills a Need for Modern Daters

Back in 2001, Evan Marc Katz came up with the idea for e-Cyrano while attending film school in Los Angeles. He needed a job to pay tuition, so he employed a professional writer to polish his resumé for a customer service job at a company that owned a group of popular dating sites.

He got the job, and as he talked to users of dating sites, he realized that many of them were unsuccessful because they didn’t have a good profile. As a result, they were, understandably, disappointed with their experience. So Evan decided to write a book with advice on how to have success in online dating.

When the book came out, he was featured in Time Magazine, on CNN, and many other national media outlets. Soon, he dropped out of film school and decided to focus full time on helping singles find love through better dating profiles.

“I was focused on writing profiles for people, and I recognized the growing need for the service,” he said. “I couldn’t do it all by itself, so I hired some freelance writers to help with the work.”

Today, Evan has a team of writers who are familiar with his formula for success. While he likens sharing the e-Cyrano formula to revealing “the recipe for Coca-Cola,” he said it was all about storytelling.

“If you have a profile with 15 stories in it, they’re fish hooks. You’re bound to catch all sorts of fish,” he said. “A profile is supposed to be widely applicable and balanced. You’re supposed to be able to read it and make it easy for someone.”

e-Cyrano offers three different service levels for those who are interested in working with its writers. The first is the silver level, and it allows clients to submit their current online profile and get in-depth critiques from professional writers. Clients will receive tips for improvements and ideas they can use to edit the profile themselves.

The most popular tier is the gold level. Daters who select the service start by filling out an in-depth questionnaire, which covers topics about themselves as well as what they are looking for in a partner. The questionnaire takes some time to fill out, but it’s the most essential part of the process. 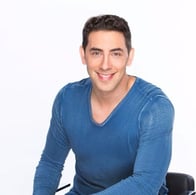 A big misconception is that the writers can produce a unique profile without having to fully understand the person, Evan said.

“We can’t just ghostwrite a profile from scratch. We’re trying to capture you,” he told us. “It’s like hiring a photographer. A photographer can’t take a picture of you without you being there. Our job is to gather as much info as we can.”

Once the questionnaire is complete, a writer calls the client to follow up and ask for more information before starting the profile-writing process. Evan recommends the gold level for most daters; however, many busy professionals choose the e-Cyrano platinum package for a white-glove experience.

With the platinum option, writers hold extended phone interviews with clients to gather the information they need to write compelling profiles and bios. Members of OkCupid and eHarmony often choose the platinum package.

After experiencing many unsuccessful singles who lacked compelling online dating profiles, Evan created e-Cyrano to help them convey the best version of themselves. Over the years, he has received plenty of notes from satisfied clients. And he said he saves each one.

Evan also highlights many success stories on the e-Cyrano testimonials page, including a story from Mike S., a single man who found success after working with an e-Cyrano writer.

“Thanks to e-Cyrano, I was overwhelmed with responses. In addition to all the emails/ responses, I have six dates set for this week. And these women are all in my target range: 40 to 46, all great looking, and within a short distance from me,” he wrote.

Another client, Joyce F., said she met her fiancé thanks to the improved bio on her online dating profile.

“Ron got down on one knee last night, presented me with his mother’s engagement ring, and asked if he could make an honest woman out of me. It all started with my e-Cyrano profile,” she said. “We’re really happy, and you can feel very good about what you do for a living.”

Evan said he enjoys both profile-writing and working with his coaching clients, who he defines as smart, successful, and strong women. He also offers group and private coaching to help more people find the love of their lives.

“You’re going to get better emails because you have a better profile. If you have a smart, specific, self-aware profile — in your words — it will attract potential partners,” he said. “And I have hundreds of testimonials and wedding photos. It’s very validating.”