The Scoop: For the last 15 years, Brian Rzepczynski, aka the Gay Love Coach, has helped members of the LGBTQ community, particularly gay men, find love and healthy relationships. From one-on-one therapy sessions to packed seminars and informational books, Brian shows his clients and his audience how to overcome stigma and pain they may often face because of their lifestyle.

A New York Times article estimated that 5% of the adult male population in the U.S. is gay — and that doesn’t include millions more who have yet to come out. Research has also shown that a quarter of gay men hide their sexuality in anonymous surveys, and some of those men are married to women.

Despite all the advances the LGBTQ population has made over the last few decades, many gay men still feel they face a stigma. 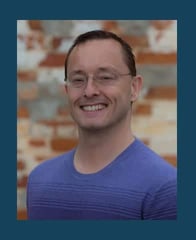 Brian Rzepczynski, known as the Gay Love Coach, has been working with LGBTQ daters since 2003.

Brian Rzepczynski has been working with the LGBTQ community — especially gay men — since he started his private dating and relationship coaching practice in 2003. He’s called the Gay Love Coach and began the practice 11 years after he started work as a psychotherapist.

“Coming out as a young man in the 1990s, there weren’t a lot of resources available for helping me come to terms with my sexual identity and orientation. Even more scarce was information on how to date and develop a healthy relationship with a same-sex partner,” he said. “It was very frustrating and heightened my sense of isolation and fear as I attempted to navigate this terrain blindly.”

According to Brian, he had to stumble through dating and figure things out through trial and error, and he said he made plenty of mistakes along the way.

So, when he started his private practice, he created support groups to aid members of the LGBTQ community who were facing challenges. A few years later, he realized that his education and experience could help gay men realize that long-term, committed relationships can work for them. So he started teaching them how to attract men who share their values and vision for the future.

“After all the pain and suffering our community has endured — on both a personal and collective level as a marginalized group — I want to advocate for the fact that we can have real, authentic, intimate connections, and that this is our inherent right,” Brian said.

Advice From a Man Who Understands Your Dating Challenges

Brian said he knows first-hand how rarely gay men have strong, adult role models to show them how to have a long-lasting relationship. Many men never experience certain developmental milestones — including teenage relationships in which they learn what works for them or what feels right and healthy as they transition into adults. Members of the LGBTQ community often lack the relationship skills their heterosexual counterparts develop during this important period. They often aren’t honest with their feelings from an early age while their peers are experimenting and learning. 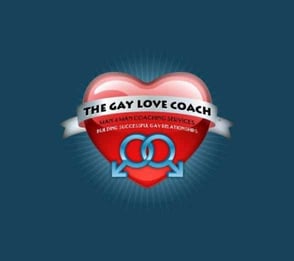 “Part of my sense of purpose on this planet is to be a vessel to share my knowledge and skills to help my LGBTQ family enjoy the blessings and joys of finding and being in a fulfilling and committed intimate relationship. And I want to affirm this in whatever capacity feels right for each individual,” Brian said.

As an educated and licensed psychotherapist, Brian offers a laid-back, no-nonsense style in collaboration with his clients on a path toward a healthy, happy romantic life.

“I blend both a practical, nuts-and-bolts approach to personal development coaching with evidence-based methodologies,” he said. “One benefit that my coaching clients receive is that I have backgrounds in both psychotherapy and life/relationship coaching, and I’m engaged in lifelong learning. They get a breadth of knowledge and experience from more than 26 years of my experience doing this kind of work.”

Brian is always learning about new coaching methods and keeping up with industry trends. From reading psychological nonfiction to taking courses, he seeks to understand the methods and doctrines that will help his clients better understand themselves and those around them.

Since Brian began practicing psychotherapy in 1999, his clients have come to him from all over the world. He’s worked with single men and women and those in committed relationships. While he works with lesbians, transgender individuals, and heterosexual men and women, most of his clients have been gay men in their 30s and 40s, he said.

“While the presenting issues vary, most of my clients have come to me after a series of frustrated attempts at finding a compatible dating partner. They want to figure out what they’re doing that might sabotage their efforts,” Brian said. “Many are also in relationships and want to learn skills in how to maintain that connection over the long term.”

“My most proud moments are the one-on-one coaching relationships I’ve developed with my clients and witnessing them achieve their goals.” — Brian Rzepczynski, The Gay Love Coach

His one-on-one coaching focuses on dating, relationships, and issues and concerns regarding sexuality. He has offered online sessions, workshops, and seminars over the years, and is a trusted expert for many media outlets. He’s been featured in the Huffington Post, Chicago Tribune, and at MSN.com.

Brian’s 26 years of experience working directly with the LGBTQ community has given him plenty of insights to share. In fact, he was one of the first coaches to focus primarily on the LGBTQ community, specifically gay men, since the industry emerged.

“My most proud moments are the one-on-one coaching relationships I’ve developed with my clients and witnessing them achieve their goals,” Brian said. “There’s nothing more rewarding and satisfying than that.”

Brian Returns His Focus to Coaching After Getting Married

While Brian continues to help others through many of the same challenges he experienced as a youth, he also celebrated a monumental personal milestone recently. As he’s seen his private practice and writing career flourish, Brian has also been successful in marriage.

“I celebrated my one-year wedding anniversary with my husband this past month, and we are blissfully happy,” he said. “I can truly speak to the journey involved with finding one’s partner for life.”

And that experience makes a difference in the lives of his clients. 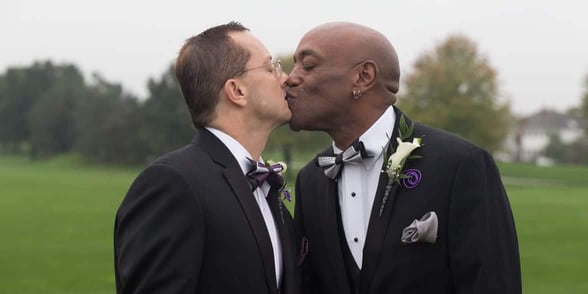 “I was reluctant at first to sign on with a love coach, but Brian offered guidance in exactly what I was lacking,” said Bruce, from Baltimore, Maryland, in an online testimonial. “My coaching experience was fun, and I enjoyed Brian’s style and laughter. His suggestions were eye-opening, and I appreciated his advocacy and assignments that had real purpose and gave me the drive to achieve my goals.”

Brian said he plans to expand his coaching career by writing a self-help book on gay dating, relationships, and sexual enrichment. He’s also in talks with an online television network about producing a documentary on transgender issues.

And he remains an advocate for those in need and wants to help them get the advice and coaching they need to deal with their unique challenges.

“More people are becoming involved in LGBTQ studies, and I intend to continue being an integral part of our development and potential as a community through research and education,” he said.