“We provide all the information someone would need. Some people don’t want to talk to anyone directly. When someone comes to the site, they can visit the How We Can Help section. There, we break down the sorts of things we see so they can get the advice they need,” Sophie said.

“Many people believed that this came out of moments of distress or lashing out. Actually, there are short- and long-term extortion campaigns, domestic abuse, harassment, and stalking,” Sophie said. 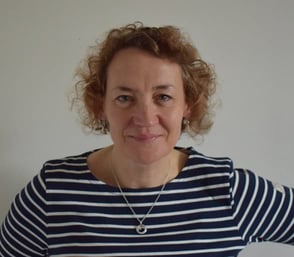 For instance, women are increasingly being targeted by so-called romance scams. They think they’re developing a relationship with someone online for weeks or months. Once they feel comfortable, they share intimate images, only to have these images extorted for money.

At the same time, the British government had criminalized the sharing of intimate images without consent. But the trouble was that it isn’t easy to track image-sharing online.

A Problem That Must Be Taken Seriously

“This affects people of all genders and all ages,” said Sophies.

However, Facebook has developed a technology that hashes images, meaning that they can no longer be shared.

“If your content is hashed, it can’t be shared in the first place. Or it stops it from being shared again. We’d like to see some of these tools become available. It would stop some of this sharing in its tracks,” Sophie said.

It’s a first step that Facebook is limiting the sharing of certain images on its platform. Next, Sophie hopes that other social media platforms will follow suit and that the technology will become open for anyone to use.

“One client has a long-running issue, and she has a dedicated email to receive Google Alerts. She only looks on Monday and calls us that same day. She’s put it in a box, so it doesn’t overlap with other parts of her life,” Sophie said.