The Scoop: The LGBTQ Freedom Fund stands in solidarity with people who have been incarcerated and need assistance to get out of the system. This South Florida nonprofit raises money for a bail fund to help LGBTQ+ folks rejoin the community while they await trial. By raising awareness and money on behalf of at-risk people, the LGBTQ Freedom Fund opposes the mass incarceration and criminalization of LGBTQ+ folks.

At age 23, Elsy fled her home in El Salvador and sought asylum in the U.S. because she was being persecuted for being a lesbian.

She arrived in the midst of a pandemic and soon found herself incarcerated in Otay Mesa Detention Center in San Diego. This ICE facility has been among the hardest hit by COVID-19, yet officials refused to give detainees face masks unless they signed an English-only indemnification form. Elsy and her podmates spoke out against the unfair treatment, and the guards responded with pepper spray. 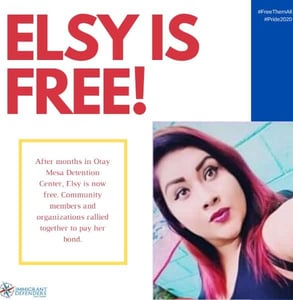 “We are in complete despair. They are violating our rights and treating us like criminals, but we aren’t criminals,” Elsy said. “They yell at us, humiliate us. They treat us so terribly we are losing hope. We have no power to fight against what’s happening to us.”

The U.S government imposed a $15,000 bail bond on Elsy, who had no way to pay. Fortunately, community bond organizations came to her aid and provided money to pay for her release.

The LGBTQ Freedom Fund was among the activist groups fighting for Elsy’s freedom. Since 2018, this South Florida organization has offered resources to support LGBTQ+ individuals in the criminal justice system. The team’s primary objective is to bail low-income individuals out of jail, but it also raises awareness about the importance of this issue in American society.

“The LGBTQ Freedom Fund is part of a national bail fund network that operates independently to support individuals and end mass incarceration,” said Tremaine Jones, Project Director for the LGBTQ Freedom Fund. “We saw there needed to be work done in this area because it’s a big issue in our country.”

Anyone can get involved with the LGBTQ Freedom Fund by making a donation to the fund or volunteering on projects to free people who can’t afford to post bail.

LGBTQ+ Folks Are Three Time More Likely to Be Incarcerated

A bail bond is an institutional device that allows individuals to get out of jail before their court date — if they can afford to pay. Its enforcement creates a criminal justice system that penalizes the poor while giving the wealthy a pass.

The sad fact is that not everyone can afford to pay their bail, so homeless and low-income individuals end up trapped in the system.

The LGBTQ Freedom Fund exists to support lesbian, gay, trans, and queer folks who don’t have many of resources at their disposal. Nearly 200,000 people have donated to this cause since 2018.

“If someone cannot afford to pay bail, it’s less likely they’ll be able to get out of their situation,” Tremaine said. “Paying someone’s bail can make a huge difference because it means people can get out of jail and go back to their families and their jobs.” 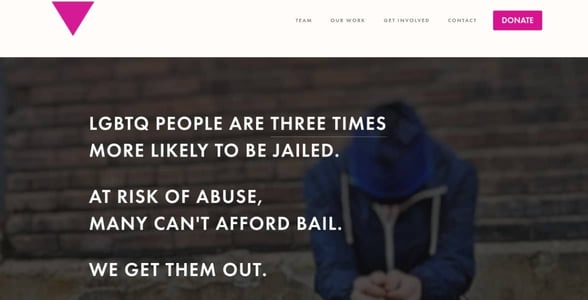 The LGBTQ Freedom Fund empowers individuals to get out of prison and move forward.

For the crime of sleeping on a park bench, a homeless transgender woman could be sent to a male detention facility where she could face significant abuse from inmates and be placed in solitary confinement for her protection. This is a psychologically scarring experience with no way out if she cannot afford to pay bail.

Fortunately, the LGBTQ Freedom Fund has raised hundreds of thousands of dollars to give people their freedom and dignity back. The nonprofit works with community organizers, social workers, and lawyers to create the best possible outcome for vulnerable LGBTQ+ folks from all walks of life.

In recent years, the LGBTQ Freedom Fund has also worked to stand up for immigrants held without trial in ICE facilities.

“The reality is that when it comes to the bail system, it’s not an opportunity for everyone to be heard,” Tremaine said. “It’s creating a cycle of poverty and harm that doesn’t give people access to social services or resources that help them better their lives.”

Scott Greenberg graduated from Vassar College in 2012 and worked as an HIV program manager at a clinic at Yale University. That’s where he first saw the impact of mass incarceration among LGBTQ+ youths.

In 2016, Scott co-founded the Connecticut Bail Fund, which has freed over 550 people from incarceration, and now he has launched an LGBTQ-focused project to raise bail funds for people in South Florida and beyond.

The LGBTQ Freedom Fund has helped attain the freedom of people in 13 states, though its primary focus is on Broward County where the team is based.

Gaby Mahabeer joined the LGBTQ Freedom Fund as a summer intern in 2019 before going to the University of Chicago in the fall to pursue a degree in psychology. However, when COVID-19 hit, the university moved all instruction online, so she has returned home to South Florida and taken a part-time position with the nonprofit. 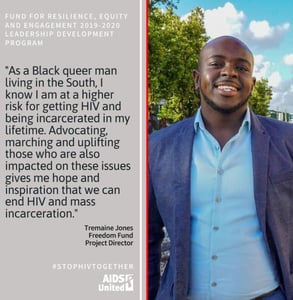 Tremaine Jones has a background in advocacy and community organizing for LGBTQ+ groups.

Tremaine grew up in South Florida and got involved in community organizing by working at LGBTQ community centers. He majored in public administration to hone his leadership skills and stand up for queer people of color.

Tremaine created the first intergenerational caucus around HIV in South Florida. He advocated for holistic solutions to health challenges impacting the LGBTQ community, and he became more involved in work with homeless and low-income individuals. He soon saw a disturbing pattern — about 40% of his clients had a history of incarceration and struggled to get treatment for HIV because of their criminal history and lack of education.

Now, as an instrumental part of the LGBTQ Freedom Fund, Tremaine aims to foster safe spaces where people can have access to public health and social services, no matter their skin color, background, or orientation.

“We are a small yet mighty team of three people,” Tremaine said. “As we’re looking to expand, we could always use more help and support from lawyers, social workers, and people who are passionate about our mission.”

The year 2020 has been eye-opening for a lot of reasons. The pandemic has put a spotlight on systemic issues facing the United States, especially when it comes to health care, racial inequality, and mass incarceration.

Many overcrowded prisons have struggled to handle COVID-19 outbreaks among inmates and staff members, and incarceration can pose significant health risks to black and brown populations that have already proven particularly vulnerable to the virus.

This dire situation has led communities to put pressure on state officials to release people who can’t afford bail and haven’t committed violent crimes. Organizations like the LGBTQ Freedom Fund are leading the movement to limit the number of people incarcerated in the U.S. 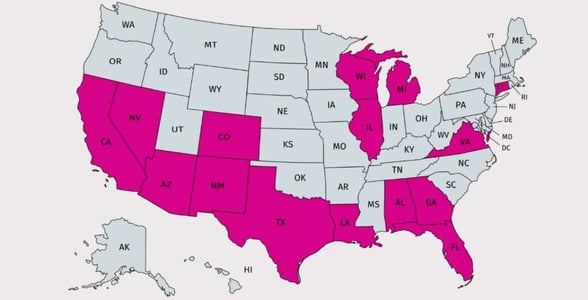 This Florida nonprofit has helped free individuals in 13 states across the country.

As people took to the streets in 2020 to protest abuses of law enforcement, the LGBTQ Freedom Fund saw an outpouring of support in the form of likes, mentions, follows, and, most importantly, donations.

“We recently got a grant to do statewide bailouts,” Tremaine said. “We have worked with partnering organizations to free as many people as we can.”

Of course, the work doesn’t end once the LGBTQ Freedom Fund secures someone’s release. The team follows up to make sure individuals have access to social services, legal assistance, and community support as they head to trial.

Whether it’s providing bail money to incarcerated individuals or offering educational resources to the general public, the LGBTQ Freedom Fund strives to speak out for the marginalized and build a coalition that can effectively push for change in the criminal justice system.

“It’s really about building a mass movement against the mass incarceration of LGBTQ folks,” Tremaine told us. “One in three Americans have a criminal record, and I don’t think there’s enough focus on how LGBTQ people experience trauma while incarcerated.”

Vulnerable communities, including low-income individuals, LGBTQ folks, and people of color, are disproportionately involved in the U.S. criminal justice system, which is why activist groups have emerged to address these inequities. The LGBTQ Freedom Fund secures the safety of individuals like Elsy who are trapped by circumstance and don’t have the money to pay their bail.

By giving people a chance to avoid prison time and reenter society, the LGBTQ Freedom Fund combats the mass incarceration of minority groups and makes a difference in many lives.

“As an organization, we want to move in the direction the country is going,” Tremaine said. “Our job is to get people out of jail and make sure people know this is a big issue in the LGBTQ community.”