The Scoop: Through her research, Dr. Katrina Kimport found that women shoulder more of the burden in preventing pregnancy than men do. Her work aims to help bring equality to that responsibility by encouraging couples to have honest conversations about fertility planning. According to Dr. Kimport, when couples can talk about what’s best for them, they may be less likely to fall into stereotypical expectations. Dr. Kimport is a researcher and Associate Professor with Advancing New Standards in Reproductive Health (ANSIRH), a research program at the University of California, San Francisco, focused on abortion, contraception, and fertility issues and their impact on both women and men.

In Western society, many people have ingrained ideas of the roles men and women have in reproductive decisions. Women are often expected to manage their own fertility by taking birth control pills, using an Intrauterine Device (IUD), or receiving a contraceptive implant.

Men, on the other hand, often face little responsibility in reproductive decisions.

Those cultural disparities are what Dr. Katrina Kimport focuses on. Dr. Kimport explores common beliefs about sexuality and reproduction, but also considers ways to help shift those pervasive attitudes.

“I was interested in the idea that, as a society, we’ve put all the responsibilities of managing fertility on women. I wanted to challenge that and look at how that is not necessarily a logical outcome,” Dr. Kimport told us.

But spreading awareness about inequalities in reproductive health and choices is Dr. Kimport’s ultimate goal.

“We can change these beliefs. Managing fertility doesn’t have to be a burden that falls exclusively on women,” she said.

Dr. Kimport is a Qualitative Medical Sociologist and joined Advancing New Standards in Reproductive Health (ANSIRH), a research program at the University of California, San Francisco, as a faculty member. She is part of the research program as its mission is to advance reproductive well-being and equity, and matches up well with her research focus.

“We already have several methods that are controlled primarily by male bodies,” Dr. Kimport said.

For instance, condoms, withdrawal, and vasectomies are contraceptive methods that men control, and the vasectomy is the second most effective method — male- or female-body based — for preventing pregnancy. 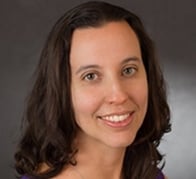 Dr. Katrina Kimport spoke with us about her research mission.

“We ignore these as viable options. Why is that? What’s the logic?” Dr. Kimport asked.

She suggests that preventing pregnancy is a gendered responsibility that often falls to women. In other words, women are expected to ensure they don’t get pregnant. Men aren’t often asked to take on some of those preventative measures.

Furthermore, options for male birth control may be stigmatized in one way or another. For instance, some people may believe that vasectomies are too drastic and withdrawal methods are ineffective.

Dr. Kimport said that society expects women to plan for, and discuss, their reproductive health. The discussion of contraception often comes up when women are screened for breast cancer or have a pap smear. Men, on the other hand, don’t have many regular doctor visits in which they discuss their reproductive options.

Those reproductive expectations and options can make sexually active women feel burdened by the responsibilities.

“There are many people using contraceptive methods, and a lot of them would like to have different responsibilities than they have,” Dr. Kimport said.

How Couples Can Foster Equality in Reproductive Choices

The best thing couples can do to promote gender equality in reproductivity is to have an honest conversation with each other. And partners may be surprised by what they discover.

For instance, some women may find taking a daily birth control pill burdensome. They may struggle to keep track of their pills and worry about getting pregnant after forgetting a dose.

Her partner may not realize that those pills or other long-acting reversible contraceptives end up costing a significant amount of money — an expense that she shoulders herself.

After a conversation, a couple may decide to shift to a different pregnancy prevention method, like condoms, or have the male partner may start paying for half of the costs.

“Talking about the set of responsibilities can be very eye-opening. Some people haven’t thought of the work being done,” Dr. Kimport said. 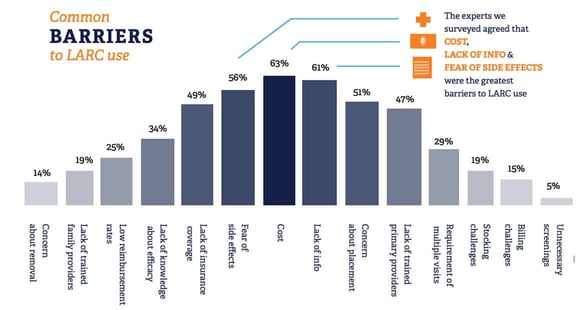 Cost is one of the most common barriers to women getting long-acting reversible contraception.

She also encourages couples to discuss their long-term fertility plans. Some couples may decide that the man will get a vasectomy after they’ve reached the family size they want.

Those kinds of conversations can shift the dynamics in heterosexual relationships. Both men and women can often tacitly expect that these responsibilities fall on women instead of considering the diverse options available.

But if research can encourage couples to have conversations about their struggles with contraception and fertility, it could help spur authentic social change.

“It’s gratifying to think of our work as a way to increase conversations people have around their fertility desires and how to achieve them. Fertility is something both men and women can contribute to managing,” Dr. Kimport told us.

Dr. Kimport said she appreciates that her research is being applied, rather than just collected.

“When I entered graduate school, I loved research and thought it was important. I hoped that this could make contributions to how people think and public conversations. In my wildest dreams, I hoped it could contribute to increasing gender equality,” Dr. Kimport said.

She said she has seen part of that dream come to fruition as a faculty member at ANSIRH, which works to share academic findings broadly.

“It’s the amplification of our work that causes people to think about social expectations and how they don’t have to be the way they are,” she said.

Contraceptive practices in the United States and elsewhere can also make it more difficult for women to control their own reproduction. Dr. Kimport said that if birth control were available over the counter instead of prescribed by a doctor, then there would be fewer barriers to women acquiring it.

Further, birth control is typically only prescribed in three-month increments, meaning that women must be in touch with their clinicians regularly. If they were given a year’s supply at a time, that would lessen the burden.

“If we can reduce the gatekeepers and need for clinical visits, that is both better for women and for equality. It reduces the burden and makes it a more shared situation,” Dr. Kimport said.