Editors’ Choice Award: At clueQuest, Couples Work Together to Solve Puzzles and Make Their Way Out of London’s Top Escape Room

The Scoop: If you want to get to know someone better, why not lock yourself in a room with them? That’s what people can do at clueQuest, except the room is filled with clues and puzzles, and they must work together to figure out how to escape. Couples, families, co-workers, and groups of friends have all gotten to know each other better at clueQuest, London’s top escape room location. For the last six years, the popular attraction has been a thrilling date-night activity — and even a memorable way to propose.

Escape rooms are quickly becoming an exhilarating trend worldwide. These interactive adventure games are now found in nearly 90 countries and more than 1,000 cities around the world. Each escape room offers a surprising and fun opportunity to get to know the other people trapped inside the room with you.

London’s clueQuest has been at the forefront of the trend and has generated plenty of buzz along the way. Don’t be intimidated if you’ve never done it, though. Louis Cammell, clueQuest Content Manager, said the experience is perfect for both newbies and pros.

“This job has taught me that escape rooms are really for everyone, and the amazing thing is that it’s hard to predict who the best people are,” he told us. “We have families who come in, the parents are totally lost, and the kids are zooming ahead. That’s because kids haven’t settled into a regimented way of thinking yet, so their minds are a lot more open to exploring different routes. We also get a lot of hardcore escape room enthusiasts.”

Couples and families can have a thrilling day at clueQuest.

Couples flock to clueQuest for a unique date experience, but they often leave with much more. That’s because it doesn’t take much time to figure out the communication dynamic and rapport you have with someone when you’re stuck in a room together.

“It’s an intimate experience because people tend to let their guard down,” Louis said. “Most of their brain power goes into trying to solve the puzzle and cooperate. That doesn’t leave a lot of room to have barriers up. You have to be very honest in your communication to be a successful team, and that can create a lasting bond between people.”

A Family Business with a Close-Knit Team That Keeps Growing

clueQuest was founded in 2013 by four brothers. Each brought a unique set of skills to the business: The CEO had a media agency background, another was an illustrator and helped create characters, while the others were tech-savvy and helped build the games. 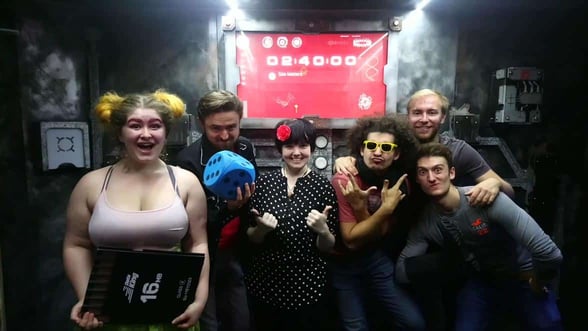 The staff is like a close-knit family, and they pride themselves on quality customer service.

The game begins when your group is greeted by a game host, who proceeds to tell you that you’ve been lied to, and that clueQuest isn’t an escape room but a secret agent training facility. You are then briefed on your mission and taken into your room.

“You are monitored on closed-circuit TV by that same game host, who is at the ready with a walkie-talkie to provide clues — should you need the help,” Louis said. “At this point, we let teams look for anything and everything that may be out of sequence or anything that translates into a code that could open a padlock or make a move in the room. Once all those things have been opened, you can progress to the next stage. You’re trying to escape within the 60 minutes provided.”

The whole game experience takes about 90 minutes since you get a group photo and a debriefing session once the game has ended.

Daters, Co-Workers, and Friends Have Plenty of Fun

Some of the most popular evening events at clueQuest are bachelor and bachelorette parties because an escape room game is such a fun and memorable experience for friends to have together. And it is not only a popular date activity but also a place where people have proposed, Louis said.

“We have a proposal coming up soon. What we can offer, if people get in touch with us, is we can see if they want anything placed inside the room that won’t affect the gameplay but is a customizable feature,” he said. “We’ve had people want their initials to be engraved into an object or a photo to be placed someone in the room. We can also play music that resonates with them over the speakers, really anything to create that right atmosphere.”

During the day, clueQuest mostly hosts corporate events for large enterprises — including Google and Red Bull — and smaller companies, too.

The escape room offers four unique escape room missions (along with two virtual ones) and also has replica rooms so more than one team can join in on the fun. The rooms are identical so a group of up to 24 people can play the same game at the same time. Individual teams cannot be larger than six people.

“It’s a watered-down version of how people are brought together by extreme experience. This isn’t extreme, but it’s a manipulated experience that involves high-pressure situations, and that leaves people feeling like they’ve gone through something substantial together,” Louis said. “That’s why it’s great for dates.”

As the escape room trend continues to spread throughout the world, clueQuest has an even more ambitious goal in mind: get people out from behind their screens and into meaningful interactions in their daily lives.

“It’s what everyone at the company has in common and wants to achieve: that human connection. Our CEO is all about bringing generations and families together,” Louis said. “A lot of younger generations forget that things don’t have to be digital to be fun. We want to help kids and families to realize that real life can rival video games. They can get away from the screen and still have that same puzzle-building, team-bonding experience in the physical world.” 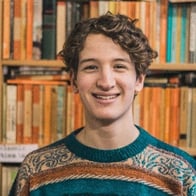 That’s why the clueQuest team has been working hard to improve and expand. The company recently partnered with Ubisoft to launch one of the first virtual reality escape rooms. It will also offer an outdoor escape room in the summer. Imagine running around the streets of London, looking for clues and working together to figure out the puzzle and “escape” the city.

“We’ve created tips that people can pick up at the venue and then integrate the escape room elements in locations throughout London,” Louis said. “We use existing road signs and coordinates to create an experience that uses the landscape around us.”

Many clueQuest visitors are left wondering which parts of the escape room experience are real and which ones aren’t. Those are questions that you’ll have to discuss with your date, possibly over dinner or drinks afterward.