HIVPoz.net: A Dating Personals Site That Empowers Singles to Continue Dating After Being Diagnosed as HIV-Positive

The Scoop: HIVPoz.net is a free dating site dedicated to helping HIV-positive singles find friendship and love. The platform was built by a straight man who lives with HIV and can relate to the unique struggles of singles in the HIV community. For the last two decades, HIVPoz.net has offered meaningful support to a marginalized dating population by welcoming HIV-positive singles who are looking for a fresh start and a new relationship.

In 1994, AIDS was the leading cause of death for Americans between 25 and 44. The HIV/AIDS epidemic impacted many lives and began to play a role in pop culture as well.

An outspoken 22-year-old named Pedro Zamora shared his story as a gay man living with HIV on “The Real World.” He raised awareness about the illness, and he even fell in love. His commitment ceremony with Sean Sasser was the first same-sex ceremony aired on television. Pedro died surrounded by his family on Nov. 11, 1994, and millions of Americans mourned him. 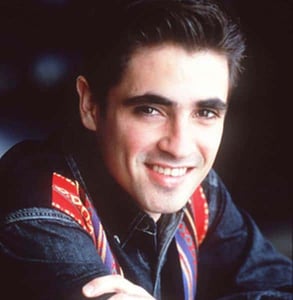 Pedro Zamora became an HIV activist after being diagnosed as HIV-positive in high school.

In the 1990s, HIV-positive individuals didn’t always feel they had a voice, much less a place in society. It took many brave individuals to challenge the stigma against HIV and bring its victims out of the shadows.

Around this time, one anonymous man launched HIVPoz.net in hopes of making life easier and more enjoyable for HIV-positive singles. The site’s founder had been diagnosed as HIV-positive, so he knew firsthand the challenges of dating with the illness. Shortly after his diagnosis, he decided to create a place where singles like himself could build relationships without shame.

“There were no real dating services for HIV-positive people back then,” said the spokesperson for HIVPoz.net. “Anyone who had been diagnosed with HIV had a stigma placed on their backs. They were discriminated against, and people feared them when they found out they were HIV-positive. So they needed a way to date others who were like them.”

HIVPoz.net’s founder is straight, so he originally designed the site for heterosexual relationships. However, he received so many messages from gay men asking to make a site for same-sex relationships that he eventually opened HIVPoz.net to people of all sexual orientations.

Today, HIVPoz.net remains one of the longest-running HIV-positive dating sites around, and the original site creator still owns and operates it to this day. He and his team prefer to remain anonymous, working quietly behind the scenes to improve the online dating world for the HIV community.

Connecting Positive Men and Women Since the 1990s

HIVPoz.net is a free dating site available to anyone over the age of 18. Singles sign up using a valid email address and ZIP code. Once they’ve created a profile, they can search for dating personal ads by distance or age. Only registered users can see other members on the site, and there are fail-safes in place to keep scammers out.

For instance, users must verify their email address by clicking a link within two days, or their accounts will be permanently deleted. You do not have to add a photo, but profiles with photos will be featured higher in search results and generally receive more attention on the site. 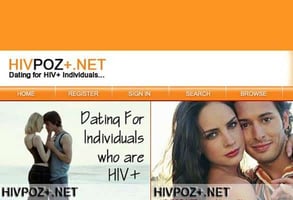 HIVPoz.net has advanced search filters and real-time messaging to help users connect with each other.

The site’s owners have a firm policy against spammers and will boot unsavory characters off the site. HIVPoz.net can detect some suspicious activities automatically, but the moderators also rely on users to flag anyone causing harm, asking for money, or behaving inappropriately on the site.

As the Terms of Service state, “In your use of our Service, you agree to act responsibly in a manner demonstrating the exercise of good judgment.”

Free HIVPoz.net members can send Virtual Kisses or add a profile to their Hot List to indicate their interest in one another, but they cannot send an unsolicited message. They can only respond to messages sent by paid users. Paid subscribers can message anyone they want for as long as they want.

Singles of all ages, races, nationalities, and orientations have signed up to HIVPoz.net in the last 20+ years. These singles can browse anonymously under a username and build trust with people who share similar life experiences.

Many of today’s dating sites are owned and operated by massive companies with deep pockets and little personal stake in the site’s mission. HIVPoz.net isn’t like that. This niche site is the passion project of two ordinary individuals who want to help the HIV community.

We may not know their names, but their good intentions are clear. HIVPoz.net fosters a safe place where singles who feel alone, confused, or hopeless can meet people who understand what they’re going through and can offer a shoulder to cry on.

The personal chats can sometimes become mini support groups where singles seek answers to their questions or vent frustrations about the healthcare system or medical issues.

“Looking for an HIV-positive life partner, someone to hang out with? HIVPoz.net is the place.” — HIVPoz.net

HIV-positive singles don’t have to hide their illness on HIVPoz.net, and that in itself is a pretty big deal. Living with HIV can feel like carrying a weighty secret, but the accepting and loving atmosphere of HIVPoz.net removes that burden of silence. The overall message of this site is that it’s OK to talk about HIV and to carry on with life after a diagnosis.

Many HIVPoz.net members have written to the site’s team to thank them for giving them a place where they can belong and meet someone who loves them as they are. Naturally, the HIVPoz.net protects the privacy of its members and doesn’t share testimonials on the site.

The HIVPoz.net team looks after the interests of its users and has spent years building a global network of positive and nonjudgmental men and women.

Sometimes being diagnosed with HIV can feel overwhelming, but it’s important to remember that a diagnosis isn’t the end of the story. Singles with HIV don’t have to give up on their relationships, abandon their career aspirations, and stop moving forward — they can take action and make a difference.

“I have to be involved,” Pedro Zamora once said about his work as an HIV activist and educator. “One thing I hate is people who sit back and just let things happen around them. I don’t understand how people could do that. I have to get involved. I have to do something about it when I think something is wrong.”

After being diagnosed with HIV, Pedro became an advocate on behalf of the HIV community, and he put a human face to the epidemic by appearing on “The Real World.” Similarly, the founder of HIVPoz.net took the news that he was HIV-positive and turned it into a reason to help others with the disease.

For over 25 years, HIVPoz.net has ensured that HIV-positive singles always have a way to reach out and connect. This niche dating site has been responsible for countless friendships and relationships, and it has become a symbol of hope for HIV-positive singles of all backgrounds.