The Scoop: In 2014, Illusive Networks developed an advanced deception technology to foil cybercriminals trying to gain access to privileged company data. Illusive’s cybersecurity professionals install lightweight software that automatically detects a cyberattack and notifies the company about the data breach. This streamlined defense solution can help dating sites and apps protect the sensitive information in their databases.

In July 2015, a hacking group known as The Impact Team created a nightmare scenario for Avid Life Media, the online dating company that owns Ashley Madison. The cybercriminals stole over 300 GB of user data from Ashley Madison’s database and threatened to expose all that personal information if the company didn’t shut down its extramarital affairs website.

Ashley Madison worked with law enforcement and offered a bounty on the hacking group, but it was ultimately unable to stop The Impact Team from leaking account information for over 39 million users, including their full names, addresses, passwords, IP addresses, and credit card numbers. 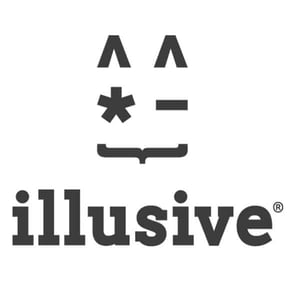 Today’s dating site owners understand all too well how serious an online security issue can be, and that they have to find increasingly sophisticated methods of keeping cybercriminals from wreaking havoc with people’s private lives. A tech company called Illusive Networks is a valuable partner in this mission toward greater cybersecurity.

Illusive Networks pioneered deception technology that automatically detects cyberattacks and catches the criminals responsible for the breach. This advanced technology works behind the scenes to discover anyone snooping where they shouldn’t be. Companies working with Illusive Networks will receive full reports and screenshots on any breaches in security, and that information empowers them to shut down malicious hacks before they become major issues.

“Building firewalls around your site isn’t enough protection because there are hundreds of thousands of hackers out there. Someone is going to find a way in,” said Kirby Wadsworth, Illusive Networks’ Chief Marketing Officer. “We’ve come up with alternative ways to detect and catch criminals without impeding the user experience.”

A Sophisticated Way to Catch Cybercriminals in the Act

Illusive Networks sells defensive cybersecurity software as well as professional services to set up and optimize that technology. The software uses subtle, unobtrusive booby traps in the backend to keep criminals at bay. The average user will never encounter these security measures, so it won’t interfere with the normal functions of the site.

Each piece of software has a role to play in the overall security of the company. The Attack Surface Manager identifies and eliminates any high-risk credentials (such as passwords) hidden in the environment, while the Attack Detection System plants false data that have built-in alarms.

Finally, the Attack Information System provides a comprehensive breakdown of any discovered cyberattacks. The forensic report will alert security companies about the attack and provide a timeline and screenshots of the hacker’s activity.

Kirby used the analogy of leaving your keys on a hook by the door to explain how it works. “We take the keys off the hook and hand them back to you,” he said, “and then we put up a set of fake keys that are wired to set off an alarm.” 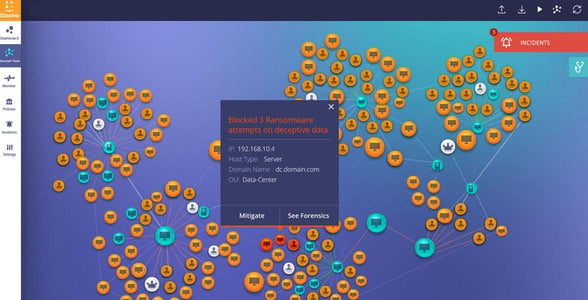 Illusive Networks has come up with a simple solution for companies concerned about online security. The team lays bait that will be irresistible to cyberattackers and then waits for criminals to fall into the trap.

Many tech startups and corporations have partnered with Illusive Networks to ensure hackers can’t gain access to the company’s private information. For dating sites, this has become a huge priority because the information they’re guarding belongs to millions of people around the world.

“Dating sites and apps have become the way people meet on a broad scale,” Kirby said. “It’s concerning how much personal information must be shared for them to be effective, and it’s imperative that we protect that information.”

In 2014, a group of Israeli cyberattack specialists decided to take an original approach to cybersecurity. They founded Illusive Networks to offer deception technology as the first line of defense against cyberattacks on major companies. Instead of trying to plug up every hole and hunt down every attack, this creative team developed a system that would bring attackers to them. 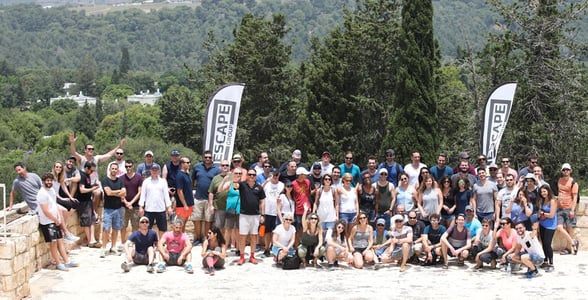 The team has devised innovative ways to increase cybersecurity.

Illusive technology is driven by intelligent automation, which means less work and less operational overhead for cybersecurity teams. The process is designed to be unobtrusive. It doesn’t get in the way of the user experience because everything happens on the backend, and it doesn’t require constant monitoring because it will notify the company when an issue occurs.

Illusive Networks currently employs over 100 researchers and software developers, some of whom are former members of the Israeli Intelligence Corps known as Unit 8200.

The company has received over $30 million in funding from several major investors in the tech industry, including Microsoft Ventures.

The Team is Turning the Tables on Would-Be Attackers

Illusive Networks has seen its fair share of success stories, but, of course, the team is tight-lipped about the specifics. Security and privacy is at the core of this company, so its team doesn’t often publish the wheres, whens, and hows of their victories.

However, Illusive Networks does have a few customer experience snapshots that indicate how effectively its security measures have worked for a handful of anonymous companies.

The Chief Information Security Officer at an electrical hardware supplier said he appreciated the forensics timeline offered by Illusive Networks. “For years I’ve been searching for a product that presents forensics in a way that is tuned in to how analysts actually think and make decisions,” he said.

“The alert and support from Illusive is immensely helpful… makes our small team far more efficient.” — The Director of IT Security at a manufacturing company

Illusive Networks serves clients in a variety of fields. Its technology can help government agencies, healthcare providers, dating sites, and any online company with valuable data to protect. Eight of the largest banks in the world have also worked with Illusive Networks to bolster online security.

Over the years, Illusive Networks has laid many traps and caught cyberattacks in real time. Kirby told us the story of one disgruntled employee who got caught red-handed attempting to steal company information. As soon as he accessed a dummy file titled “Executive compensation,” the Illusive Networks team was on his trail and taking screenshots of his hacking attempts. When he showed up for work the next day, his boss was waiting with the police.

“Once they open our traps and see our false data, it’s like an ink bomb going off,” Kirby said. “They’re busted — even if they don’t know it yet.”

Dating sites and apps have a duty to protect their users’ privacy. People entrust these platforms with a lot of sensitive information (relationship statuses, sexual orientations, fetishes, credit card numbers, location, etc.), and there could be dire consequences if that information is ever made public.

In 2015, Ashley Madison paid the price for its poor security — the Canada-based company was fined over $30 million in damages — and its users paid a steep price as well. The data breach led to users being blackmailed, couples getting divorced, and two individuals committing suicide.

Illusive Networks recognizes the high stakes at play in cybersecurity and has developed a defensive strategy that can keep hackers at bay. Its software could be a game changer for dating companies currently exhausting their resources trying to stop the bad guys from getting in. Illusive Networks dares criminals to get in — because that’s how they’ll get caught.

“We can save companies from losing their intellectual data and save individuals from having their personal information released — that’s what we’re all about,” said Kirby. “It’s a simple and unique way of turning the tables on the bad guys and putting the power back in the hands of the defenders.”

SmartMatchApp Partners With RealMe for Security