The Scoop: Entrepreneurs can sometimes struggle to find a profitable niche in the dating industry, but Robert Hames of iDateMedia struck gold as a dating software provider in 2001. Now he’s teaching other professionals to share in his success. Robert launched iDateMedia to provide dating software solutions to up-and-coming companies and equip them to become software providers themselves. With the help of iDateMedia, dating site professionals can expand their businesses and create new streams of revenue.

In middle school, my social studies teacher decided to teach us about the value of protests. She came in with a stack of poster boards and handed out Monopoly money. For the low price of five fake dollars, we could buy a poster board and start a protest in the classroom. Everyone excitedly took out their markers and came up with a pet project.

That day, a girl made signs with trees on them, so dozens of us marched in a circle to oppose cutting down the Amazon rainforest. The next day, half the class called for a ban on assault weapons, while the other half held signs supporting the Second Amendment.

After a week of sit-ins and marches, our teacher asked us who had won. We didn’t know what she meant until she held up the poster boards and a thick wad of colorful cash. “The person selling the signs,” she said. 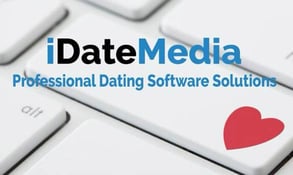 That lesson holds true in the dating industry as well. Thousands of people have come up with an idea for a dating site, but a majority of independent dating sites fail to gain traction in today’s competitive market. Meanwhile, dating software providers make a killing by funding these ideas and supporting one venture after another.

Robert Hames, Founder and CEO of iDateMedia, has been in the dating software business since 2001, and business has been good to him. Working in the dating industry has enriched Robert’s life, and now he seeks to pay it forward and give other entrepreneurs a chance to benefit from his open source software.

Today, iDateMedia is giving dating professionals access to high-quality dating software solutions that they can use for their own sites and then sell to other site owners. The company trains clients to sell dating software and make a profit by fueling the ambitions of others.

“The mission is simple: help people make money by becoming a dating software provider,” Robert said. “The reality is the space needs more providers doing more things for the good of the industry.”

The U.S. Company Offers an Upgrade to Dating Professionals

Robert and his team of part-time developers are disrupting the dating industry by giving business owners a chance to become technical professionals. The team may be small, but they have the potential to make a huge impact on small businesses.

Thanks to iDateMedia’s custom packages, dating professionals can launch a dating site and a hosting service at the same time. The company offers source code, mobile plugins, and administrative features to get new dating software providers up and running. This technical support is included for free with iDateMedia’s software.

A majority of iDateMedia clients are located outside the U.S., but Robert said he hopes to grow his standing on the domestic front as well. He wants to bring the dating software business to the people who need it and create more competition in a space currently dominated by a handful of foreign companies.

The iDateMedia reseller package comes ready to go. All the customer needs to do is come up with a domain name, and the tech professionals will handle the rest. The iDateMedia team will set up the default website along with the demos including ad content, features, and plugins, including WooCommerce (an ecommerce platform for WordPress).

The team provides 30 days of training to make sure professionals understand how to run a dating software business.

Professionals with the iDateMedia reseller package can set their own prices on the open source software, and they get to keep 100% of the money they make from this venture. Robert estimates that dating software providers could make as much as $300,000 a year.

Robert has been in the dating software business for a long time, and he has both the infrastructure and the skills to mentor the future leaders in the space. His determination to share his knowledge can change the industry’s landscape and put high-grade technology in the hands of the dreamers and doers in the space.

Every iDateMedia client receives the VIP treatment and can rely on the software company to provide guidance on every aspect of setting up and running a dating site as well as becoming a dating software provider.

The company has seasoned professionals on its team, and it stands ready to meet the needs of the dating market. As part of its monthly support subscription, iDateMedia regularly troubleshoots the client’s sites and automatically takes care of any bugs.

“We provide a double-blind support system,” Robert explained. “When one of their customers reports a bug, we get notified, and we resolve the issue on behalf of the selling customer.” 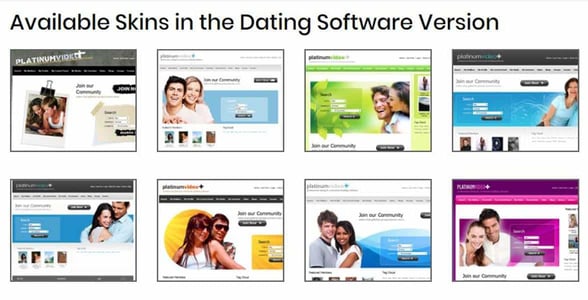 Since 2001, Robert Hames has provided professional-grade templates for general and niche dating sites.

Dating site professionals can also make tweaks and modifications to the software if they wish, but many are content to let iDateMedia take the lead on the technical side. This partnership allows businesses to focus on growing their membership bases and expanding brand recognition without worrying about crashes or bugs.

“We have had a good experience with iDateMedia, and the team has been very helpful,” said Zaied in a customer review. “Right now we’re focused on growth and all seems O.K.”

“Just saved myself a bundle [by] not developing my own software from scratch,” reported a dating site owner named Kevin. He added that iDateMedia provided exactly what he needed to move his business forward.

“They have helped us get started,” Cynthia K. said of iDateMedia. “We’re still learning, and they are helping. Thank you, guys.”

iDateMedia Looks Out for the Good of the Industry

A good idea is nothing without tools to support, promote, and share it with a wide audience. A blank poster board, much like a dating site template, can offer everyday people the opportunity to get their ideas out there and make their voices heard. With some luck, the idea may catch on, but, as my social studies teacher pointed out, the sign sellers will make a profit either way.

While launching an independent dating site is a gamble, running a dating software company is a safe bet. Robert has seen a rising demand for dating software services, and he intends to prepare professionals to meet that need and fill that niche.

“Because I’ve made a lot of money in this business since 2001, it’s something that I feel strongly about,” he told us. “It’s time that the playing field was leveled and not controlled by a few overseas providers. There’s not one U.S. dating software provider, and that needs to change.”